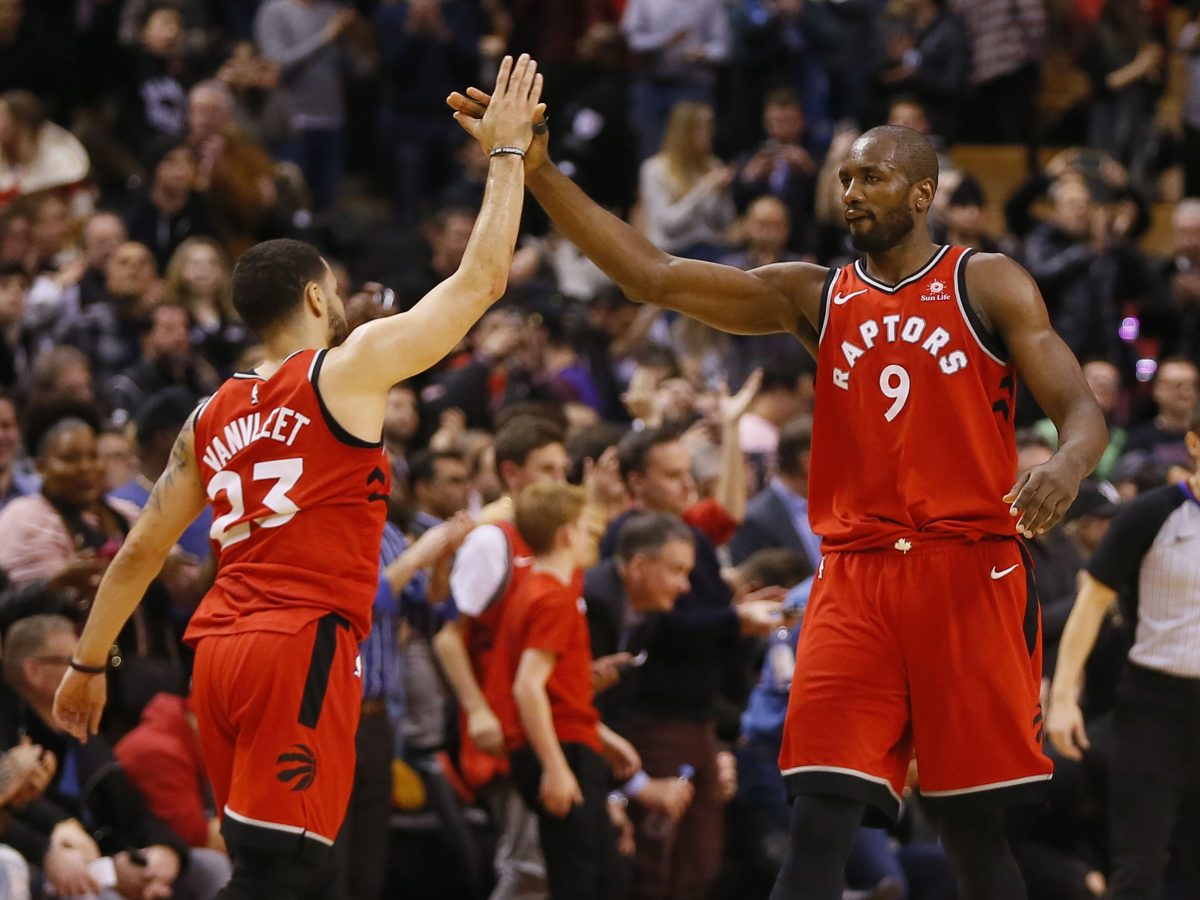 Toronto Raptors guard Fred VanVleet has one of the better feel-good stories in the NBA. After going undrafted out of Wichita State University in 2016, he joined the Raptors and has worked his way to becoming a key part of their roster.

He was even named an All-Star last season. In a bit of a funny interaction, Serge Ibaka, VanVleet’s former teammate on the Raptors, recently admitted to him that he didn’t believe he’d ever become an All-Star.

Ibaka interviewed VanVleet as part of his popular YouTube show.

“Honestly, I don’t wanna cap,” Ibaka began after being asked by VanVleet if he thought the guard would ever be an All-Star. “I didn’t see that coming. That’s impressive. As soon as K-Lo (Kyle Lowry) left the team, you got all the control.”

The Raptors guard didn’t seem to be offended or bothered at all by Ibaka’s admission. They likely have a strong friendship that allows them to be open with each other in that type of way.

After all, the two played major roles in the Raptors winning the 2019 NBA Finals against the Golden State Warriors.

He was a veteran leader for a very young Raptors team that surprised many by going 48-34 and securing the fifth seed in the Eastern Conference last season. The team was unable to get past the Philadelphia 76ers in the first round of the playoffs, however.

The Raptors have gotten off to a bit of an inconsistent start as they are currently 10-9 and have gone through multiple winning and losing streaks. They’re currently in seventh place in the Eastern Conference.

VanVleet is surely hoping that he can help the Raptors make it back to the playoffs this season. They’ll take on Ibaka and the Milwaukee Bucks a total of four times this season, with the first of those contests set to take place on Jan. 4.