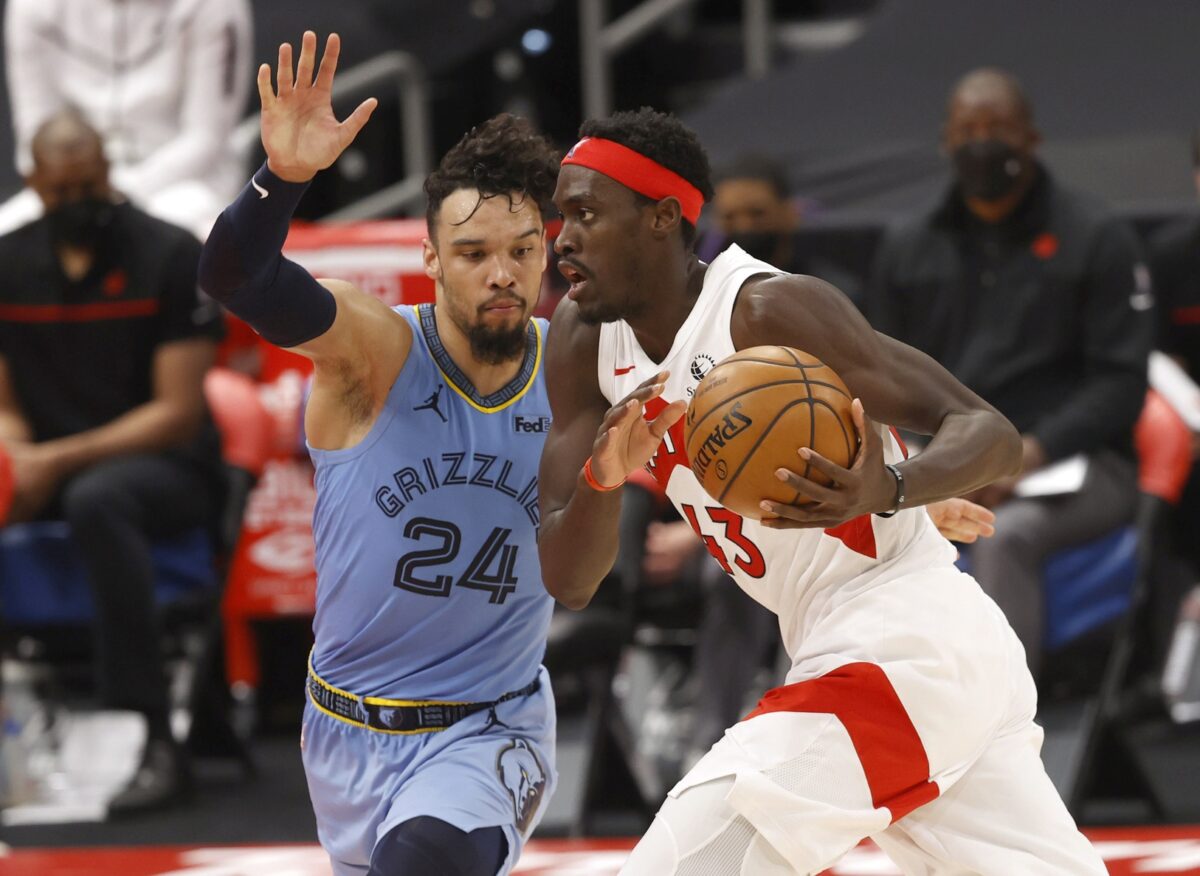 The Toronto Raptors might be ready to move on from another franchise cornerstone who helped bring them their first NBA title.

Reports have it that the team’s starting power forward Pascal Siakam is “considered available” in trade discussions around the league.

“Toronto, for example, could offer a package centered on the No. 4 selection and Pascal Siakam, who’s considered available for trade by sources around the league,” wrote Jake Fischer of Bleacher Report. “The Raptors have been categorized as one of the most active teams in predraft trade chatter, exploring all avenues from swapping their pick in a deal for an All-Star such as [Bradley] Beal or Damian Lillard to trading back and recouping more draft capital to embrace a post-Kyle Lowry rebuild.”

Siakam played a key role in the Raptors’ championship run in the 2018-19 NBA season. In the regular season, he averaged 16.9 points, 6.9 rebounds and 3.1 assists per game. He played even better in the playoffs, posting averages of 19.0 points, 7.1 rebounds and 2.8 assists per contest.

In the following season, Siakam had the best season of his career. He posted career-highs in points, rebounds and 3-pointers made. The Cameroonian was also named to the All-NBA Second Team that year.

It is unclear if the Raptors want to return to playoff contention or start rebuilding. But a Siakam trade could certainly help the organization either way.