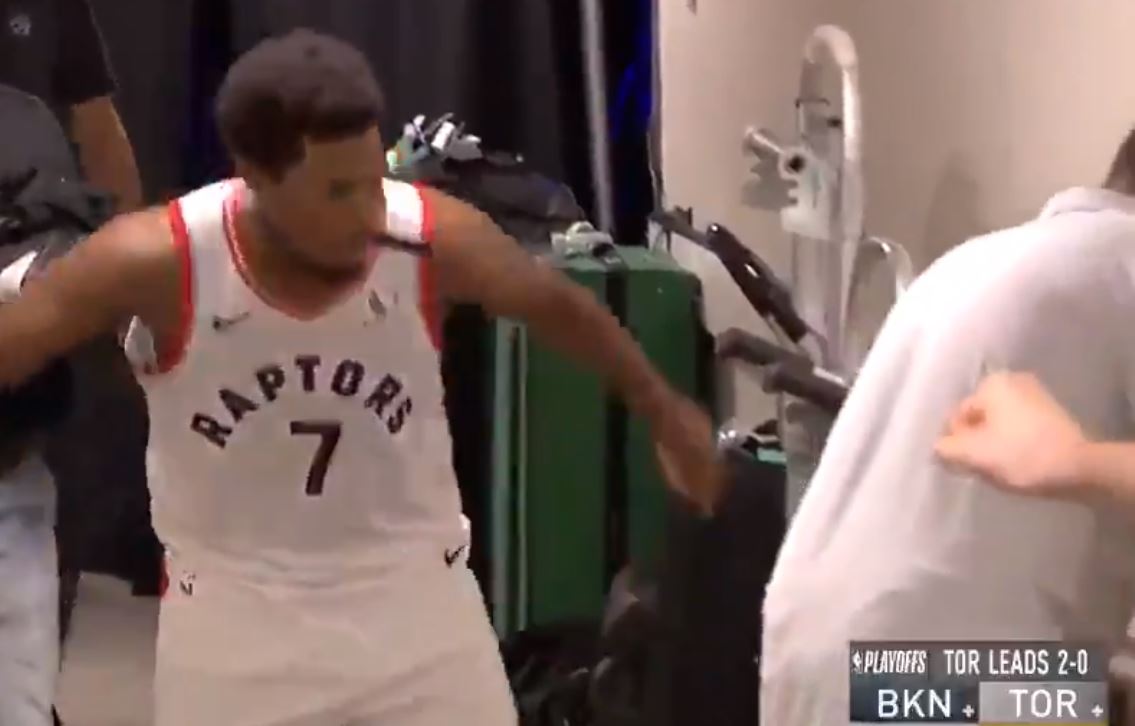 The win gave the Raptors an early 2-0 series lead on the Nets, and Lowry celebrated by slapping the butt of a staff member in the tunnel.

The 34-year-old point guard is surely enjoying himself in the NBA’s Orlando, Fla. bubble.

The defending champion Raptors are off to a great start this postseason, especially considering the fact that the Eastern Conference’s No. 1-seeded Milwaukee Bucks lost their opening game to the Orlando Magic on Tuesday.

The Raptors hold the East’s No. 2 seed and are looking to repeat as NBA champions.

Lowry had a solid game on Wednesday, scoring 21 points on 7-of-14 shooting. He also added nine rebounds, three assists and two steals.