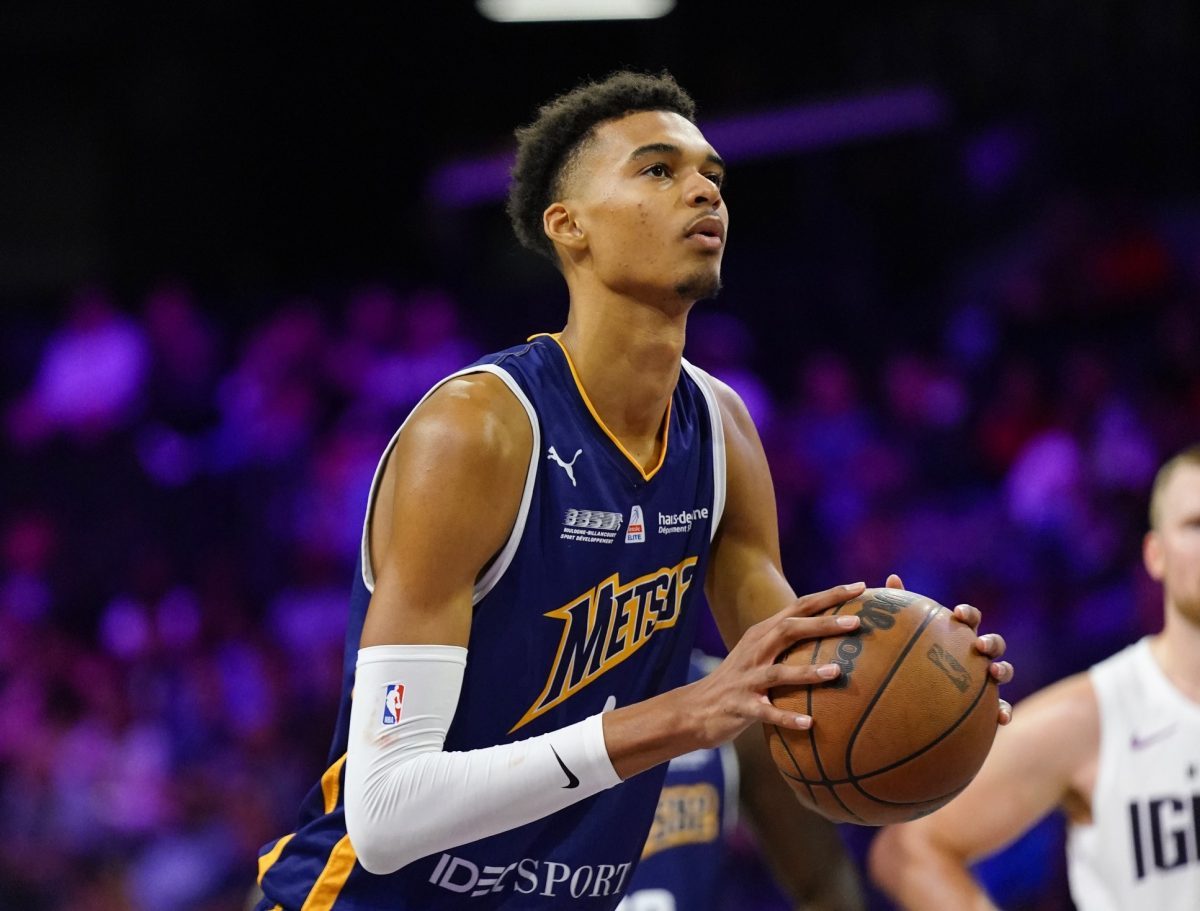 While NBA fans all over the world are enjoying the excitement and entertainment that has taken place this season, another major topic of conversation amongst fans is a player who isn’t in the league yet. Prospect Victor Wembanyama has been a major story recently, and the league has taken notice.

The NBA acquired the rights to stream the games of Wembanyama’s team, the Boulogne-Levallois Metropolitans 92, this season. According to a recent report, the league paid a relatively small amount of money to do so: 133,000 euros, which is equal to about $138,385.

Wembanyama’s club said the price “seems derisory compared to the budget of the NBA.”

There are a lot of reasons why the NBA and its fans are heavily interested in the 18-year-old baller. In fact, he has already been deemed one of, if not the best, prospects in the history of the sport. His combination of size, athleticism and shooting ability seems to fly in the face of everything fans previously thought possible for basketball players.

He appears to be a truly unique prospect and a player that could one day take over the NBA.

It’s surprising to learn the price that the NBA acquired the streaming rights for. It may be reasonable to think that the youngster could have brought in millions for his current league had its leaders negotiated a stronger deal.

As far as the teenager joining the NBA’s ranks officially goes, he is widely expected to be the No. 1 overall pick in the 2023 NBA Draft. That anticipated event will take place in June.

Given the standings right now, the teams that are projected to have the best odds of adding the Frenchman are the Houston Rockets, Detroit Pistons, Charlotte Hornets, Orlando Magic and New Orleans Pelicans (who have the rights to the Los Angeles Lakers’ 2023 first-rounder via a swap).

Some teams may look to better their chances at landing Wembanyama by tanking as the season continues, though the league certainly doesn’t want that to happen at all.

In this article:featured, NBA, Victor Wembanyama