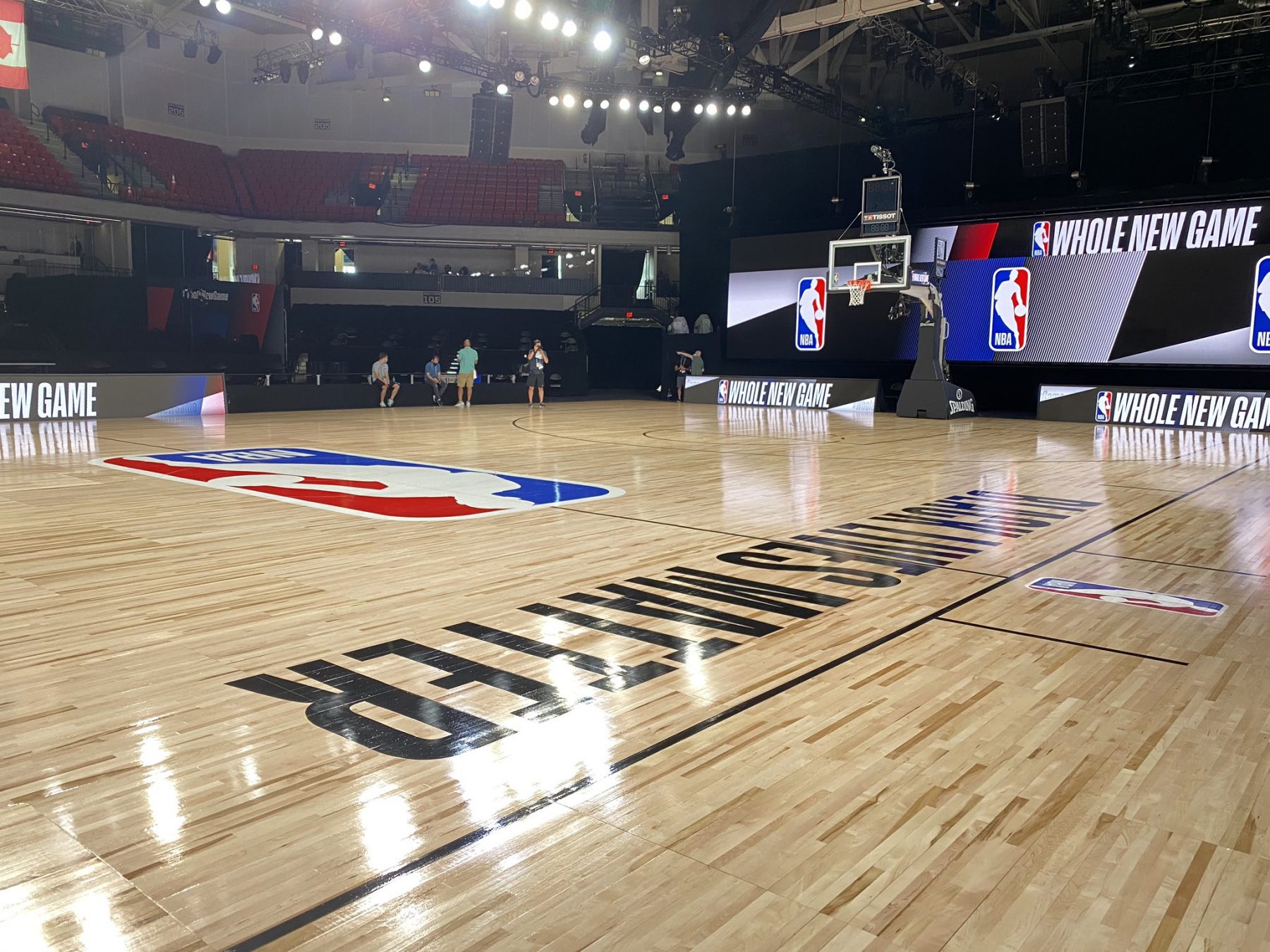 The NBA is facing massive issues regarding the spread of COVID-19.

As a matter of fact, dozens have players have tested positive for the contagious virus and multiple games have been postponed.

Still, according to Eric Pincus of Bleacher Report, the NBA will not go back to a bubble to remedy the current constraints.

“‘No chance,’ one executive said to B/R,” Pincus wrote.

“The notion of another bubble was shot down by many others. ‘Not going to happen.’

“The players won’t go for that lifestyle again. It was very costly to produce, and when it comes to loss of income, the NBA and NBPA can’t afford to lose ticket revenue.

“The consensus seemed to be the NBA can’t stop, won’t go to a bubble, and has to find a way to adapt to the world as it is.”

The coronavirus pandemic erupted in the NBA in March 2020. The league immediately halted the 2019-20 campaign.

However, the NBA resumed play a few months later in a unique bubble in Orlando, Fla. Players were constantly tested and shielded from fans and general crowds in the desolate space.

Of course, the association was able to see the season successfully conclude as the Los Angeles Lakers beat the Miami Heat in the 2020 NBA Finals.

The NBA was able to get through the 2020-21 season without any major issues surrounding the virus. Arenas gradually elevated capacities and loosened rules for players as vaccines became more available and administered.

Now, there are COVID-19 outbreaks within the NBA. Nonetheless, it doesn’t appear going back to a bubble is an appealing option. It was very difficult for players to be without their families.