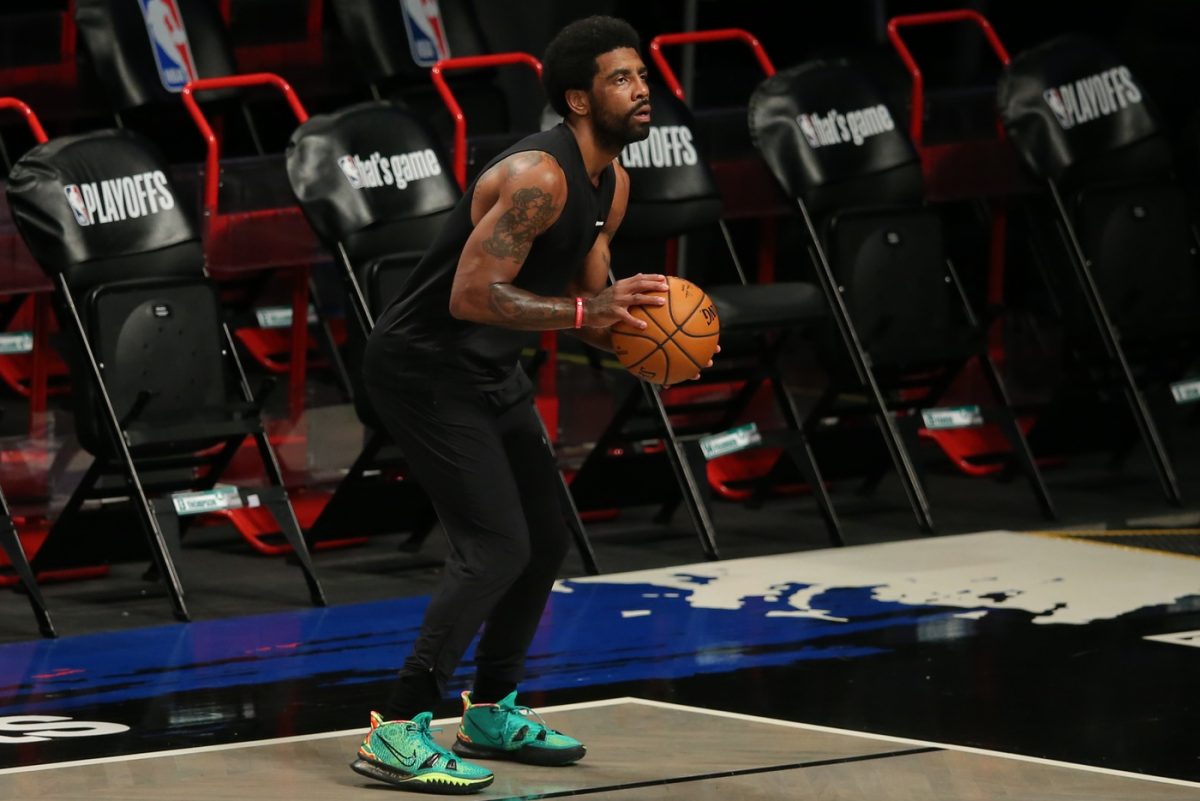 As the start of NBA training camps approaches, there are still a large number of players that continue to refuse the COVID-19 vaccine and a small faction that believes in the theory of a “Moderna microchip.”

“[Kyrie] Irving, who serves as a vice president on the executive committee of the players’ union, recently started following and liking Instagram posts from a conspiracy theorist who claims that ‘secret societies’ are implanting vaccines in a plot to connect Black people to a master computer for ‘a plan of Satan.’ This Moderna microchip misinformation campaign has spread across multiple NBA locker rooms and group chats, according to several of the dozen-plus current players, Hall-of-Famers, league executives, arena workers and virologists interviewed for this story over the past week,” wrote Matt Sullivan of Rolling Stone magazine.

The COVID-19 pandemic is continuing to burn across the nation, and the recent surge over the last few months has been fueled by the Delta variant of the novel coronavirus.

As of now, only slightly more than half of the country’s population is fully vaccinated.

Perhaps the most prominent NBA player who likely hasn’t received the jab is Irving. Under a New York City ordinance, Irving would not be allowed to play in Nets home games unless he gets vaccinated.

However, across the league, there is hope that just about everyone will be safe when the books open on the 2021-22 season.

“The NBA claims that 90 percent of its more than 450 players — star veterans and players trying to make rosters alike — have received at least one shot, a rate lower than the conservative NFL,” wrote Sullivan. “League officials provide weekly data and studies to teams with un-vaxxed players, many of whom they hope will be inoculated before the regular season begins on October 19. Inside practice facilities next week, vaccinated players expect to spend time convincing skeptical players to avoid a competitive disadvantage.”

The Los Angeles Lakers are at least one team that expects its full roster to be fully vaccinated once the regular season starts.

In this article:featured, Kyrie Irving, NBA