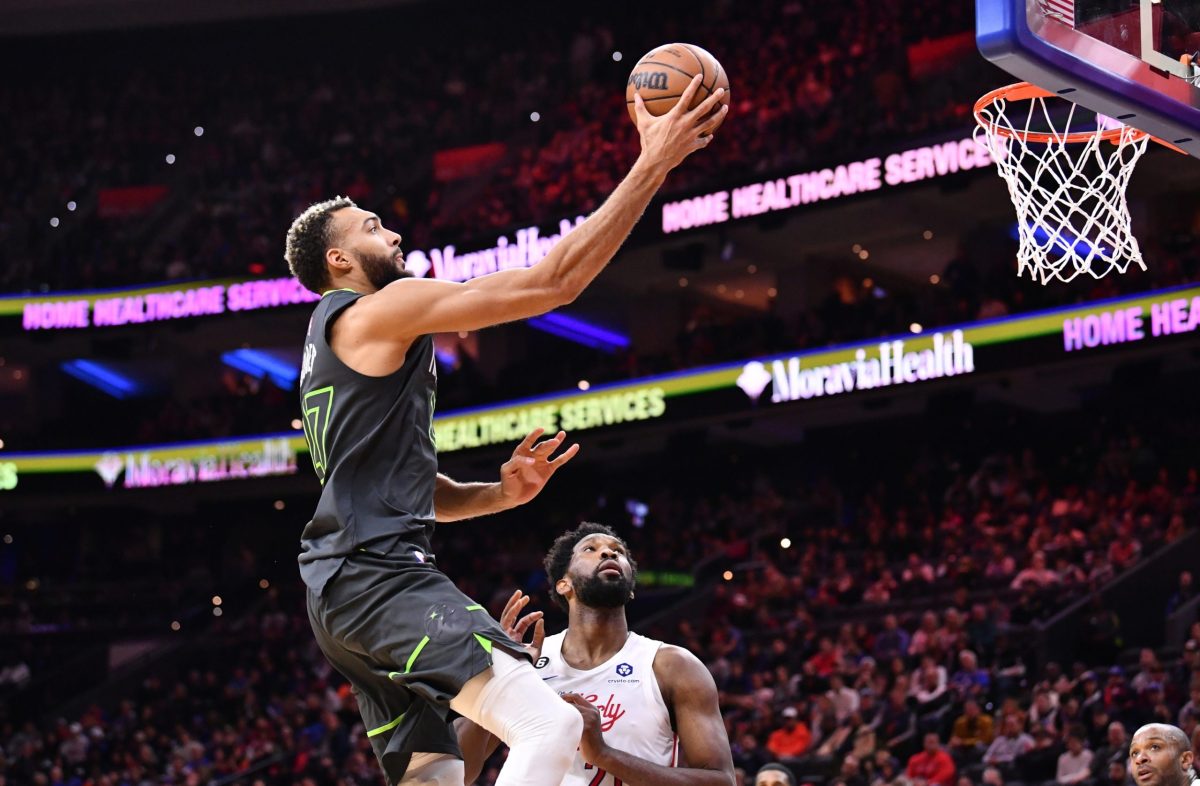 The French national basketball team could end up having a very large and powerful trio with NBA stars Rudy Gobert and Joel Embiid and talented prospect Victor Wembanyama.

Gobert and Wembanyama already play for the senior national team while Embiid is seemingly getting recruited by the French national team and Team USA.

“They can’t,” said Gobert to The Athletic’s Joe Vardon regarding whether or not that trio could be stopped. “But the international game is not about getting the best players on paper.

“If Joel’s heart is with us and he wants to do it for the right reasons, it would be an amazing opportunity for our team.”

It’s pretty scary to imagine that trio playing together. By now, fans are likely familiar with what all three big men bring to the table.

Gobert is one of the best defensive big men on the planet. He’s a three-time Defensive Player of the Year award winner and averaging 13.6 points, 11.8 rebounds and 1.4 blocks per game for the Minnesota Timberwolves this season. His offensive game is limited, but that wouldn’t really matter playing alongside Embiid and Wembanyama.

As for the Philadelphia 76ers star center, he’s one of the best offensive talents in the entire league. He led the NBA in scoring last season and is currently recording 31.1 points per contest. He’s also a rebounding and defensive machine, but he likely wouldn’t even need to focus on that if he were to play with Gobert and Wembanyama.  He’d be able to just worry about offense and dominate bigs on other international teams.

Wembanyama has taken the basketball world by storm in recent months, wowing many with his handles, shooting and defense. He will likely be the first player selected in the 2023 NBA Draft.

“He’s the greatest prospect in the history of basketball for the NBA,” Frye said. “It’s not even close. There has never been a created player by God, whatever God you believe in or none at all, that has come from the heavens, that has made a player that No. 1, his teammates love and appreciate. When he falls on the ground, they run and go get him. He’s a good kid. He’s personable. He’s not injury-prone at that size, and he is an absolute dog on the defensive end.”

Team USA has largely dominated the basketball scene in the Olympics over the past few tournaments, with Argentina being the last national team other than Team USA to win a gold medal.

It will be interesting to see if the French national team is able to secure Embiid’s services and end Team USA’s dominant reign.