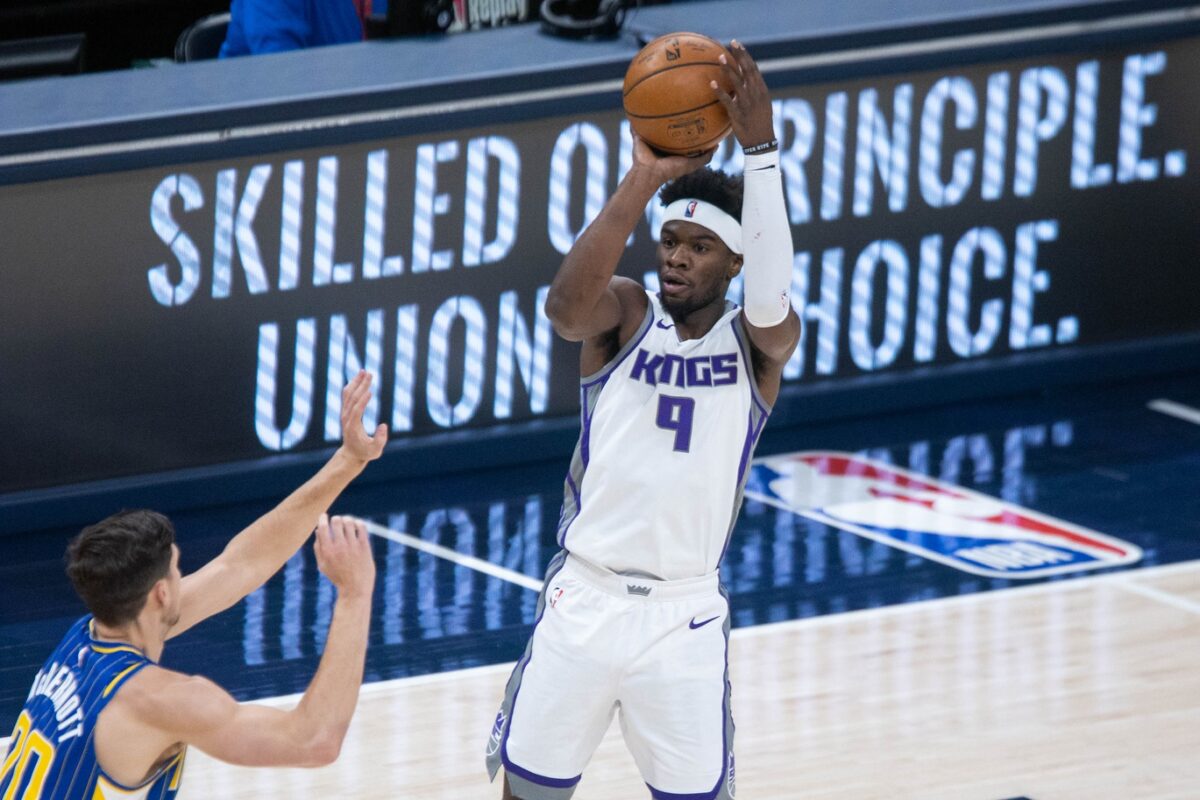 According to a recent report, Sacramento Kings guard Terence Davis will reject the team’s qualifying offer and become a restricted free agent.

“All it took was a future second-round draft pick for Kings general manager Monte McNair to acquire Terence Davis at the NBA trade deadline, but keeping him will be a lot more costly,” wrote Jason Anderson of the Sacramento Bee.

“Davis plans to turn down a $1.9 million qualifying offer from the Kings in order to become a restricted free agent, a league source told The Sacramento Bee. The 24-year-old guard will be seeking a new contract worth about $9 million per year, which would be slightly higher than the four-year, $34.6 million deal De’Anthony Melton signed with the Memphis Grizzlies in November.”

The 24-year-old has shown flashes of potential at the pro level, and he is evidently hoping that his high ceiling is enough to warrant a solid offer in free agency.

Over four seasons at the University of Mississippi, Davis was a star. In his senior season, he averaged 15.2 points, 5.8 rebounds and 3.5 assists per game.

It’s becoming increasingly rare to see a player spend four years at the collegiate level, but by doing so, Davis has more age and experience on his side than the average second-year NBA player.

His next season will be his third at the NBA level.