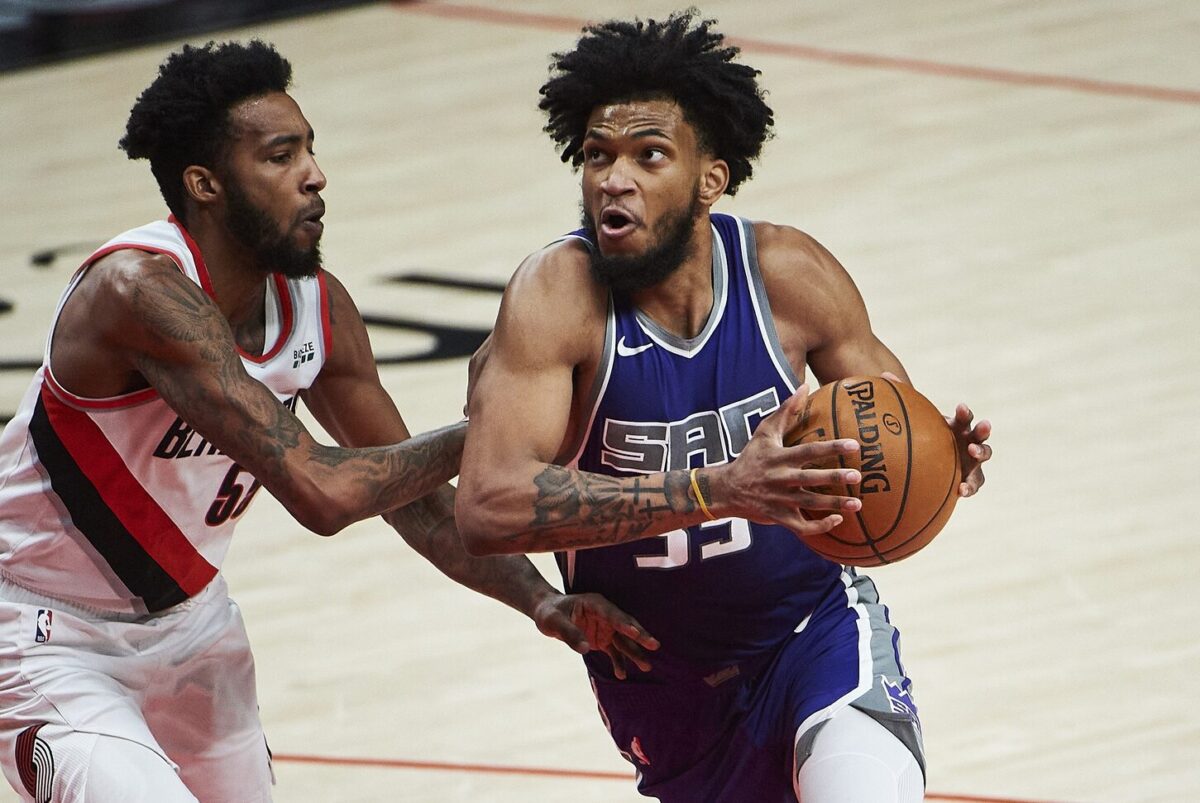 Marvin Bagley’s future with the Sacramento Kings seems to be somewhat murky following a report that the former No. 2 overall pick may not be back with the team next season.

.@james_hamNBCS says it's very possible Bagley will not be back with the Kings next season pic.twitter.com/UoDq56yS80

“His name came up at the trade deadline,” Kings insider James Ham reported. “It’s very possible he will not be with this team after this summer. There’s a lot going on behind the scenes.”

Bagley has shown promise during his young career, but he has missed major time due to injuries. He’s been out for over a month with a fractured left hand.

Kings fans have lambasted the selection of Bagley in the 2018 NBA Draft because he was selected ahead of stars such as Luka Doncic and Trae Young.

Thus far in his career, Bagley has averaged 14.5 points and 7.5 rebounds per game. If he can stay healthy, he could certainly turn his career around.

Based on this report, it looks like that pursuit could very likely take place on another team.