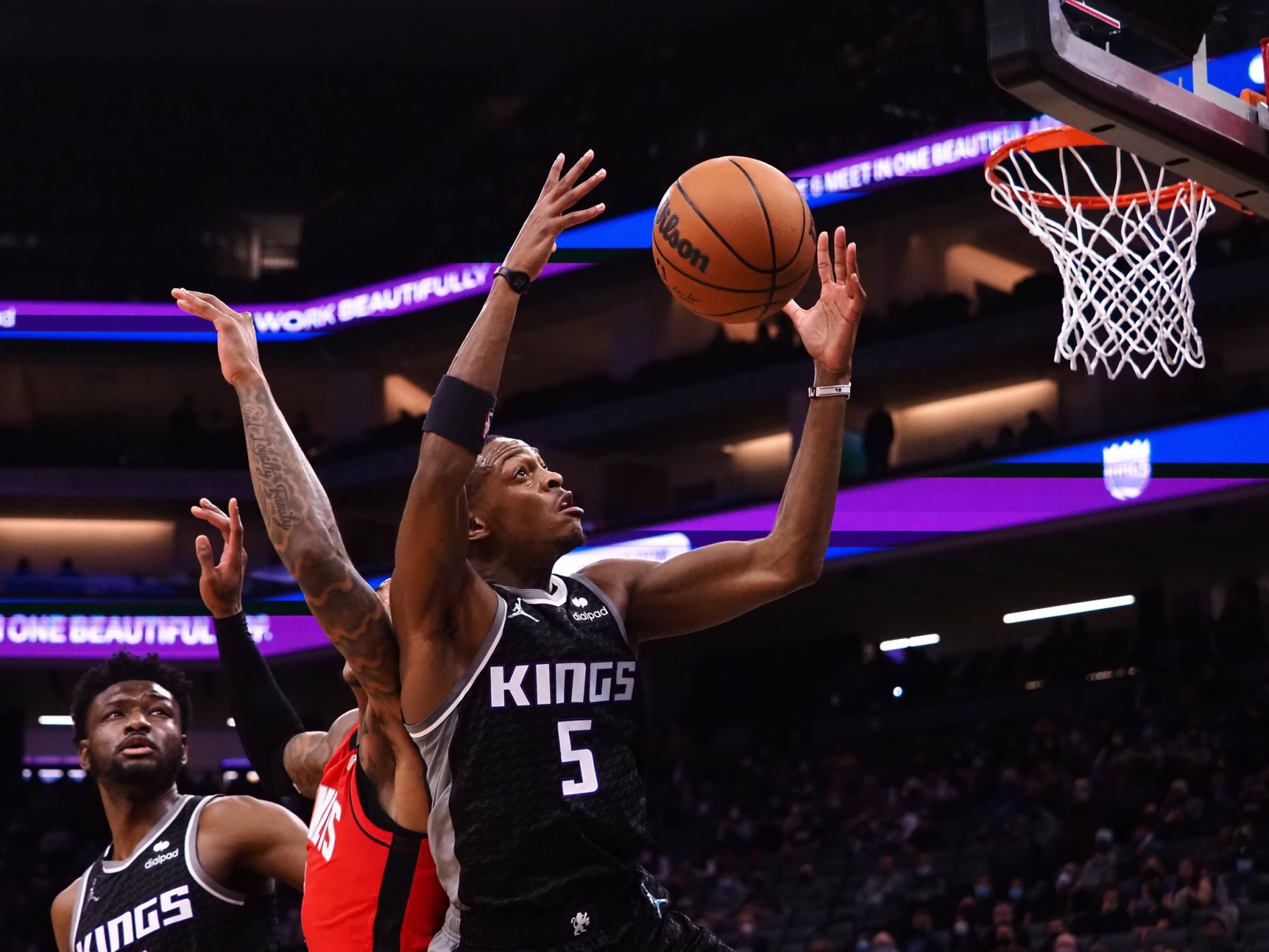 Sacramento Kings guard De’Aaron Fox continues to be the subject of trade rumors as the team has struggled out of the gate in the 2021-22 season.

“Could Fox be better?” Kings insider and host James Ham asked on The Kings Beat podcast. “Yes. Could he be more engaged this season? Very specifically, yes. Things I hear behind the scenes…he’s not as engaged in the team, as he has been in the past. And that’s a problem.”

Fox is in his fifth season with the Kings after being drafted fifth overall by Sacramento in 2017. The young guard has shown flashes of stardom during his young career, but has yet to translate that success into the wins column for his team.

Harrison Barnes is another Kings player who has been the subject of trade rumors with the deadline approaching. Barnes is in his fourth season with Sacramento and has been playing well this season, averaging 16.2 points and 6.1 rebounds per game.

The Kings have not had things look any better entering 2022, losing seven of their last 10 games. Sacramento lost 118-112 to the bottom-dwelling Houston Rockets on Sunday. The team will look to right the ship on Wednesday with a matchup against the Detroit Pistons.