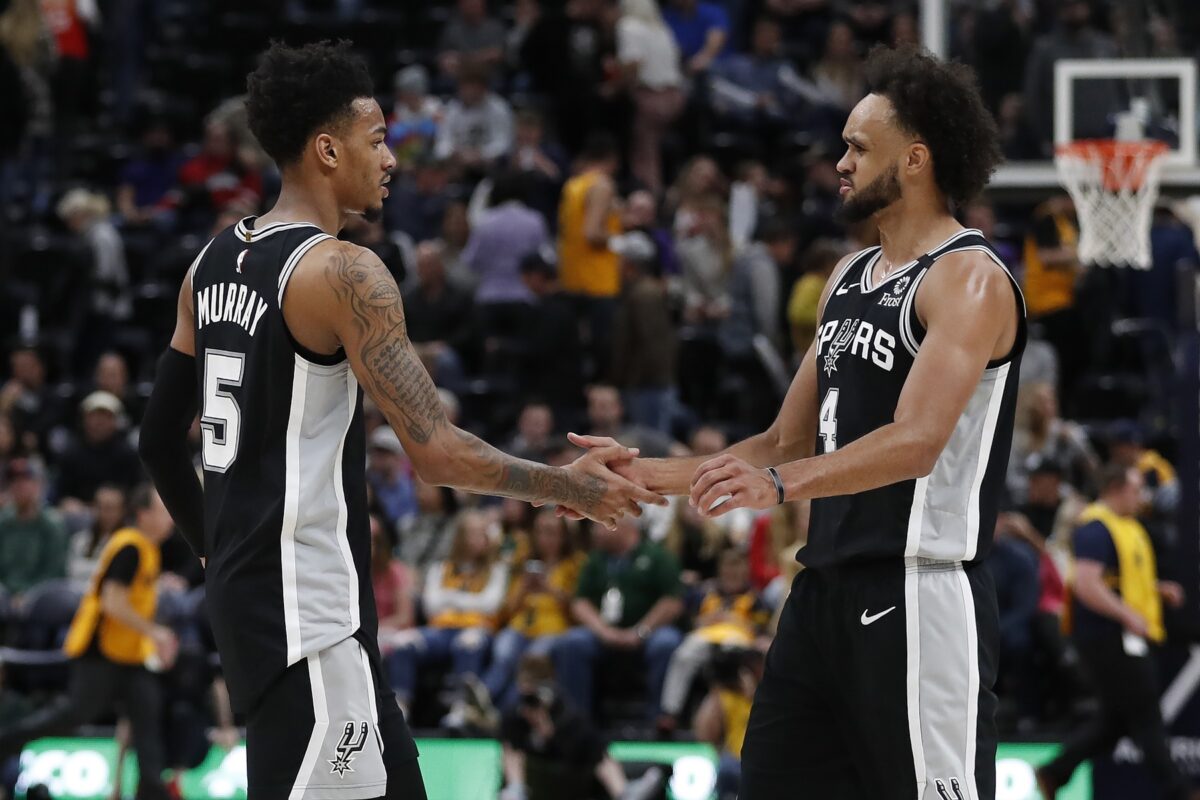 The San Antonio Spurs have fallen on some tough times recently, having missed the playoffs for two consecutive seasons.

They currently hold the No. 12 overall pick in the upcoming 2021 NBA Draft, and they are surely looking for any type of player that can help them make it back to the playoffs.

Two of the important pieces on their roster could reportedly be on the move, according to a new report.

“While it seems unlikely the Spurs would move their pick, keep an eye on them being active with the trade machine around the draft,” wrote Zach Harper of The Athletic. “The Spurs have to figure out where they want to be as a franchise and what their plan is moving forward. They’re kind of stuck in the middle right now. [Dejounte] Murray and Derrick White could both be gettable, according to league sources.”

It remains to be seen whether or not Murray and White would be packaged together or traded separately. The possibility of only one of them being traded exists as well.

If the Spurs were to decide to make deals involving either of the two, the organization will surely be hoping to receive a player that can help turn the franchise back in the right direction.