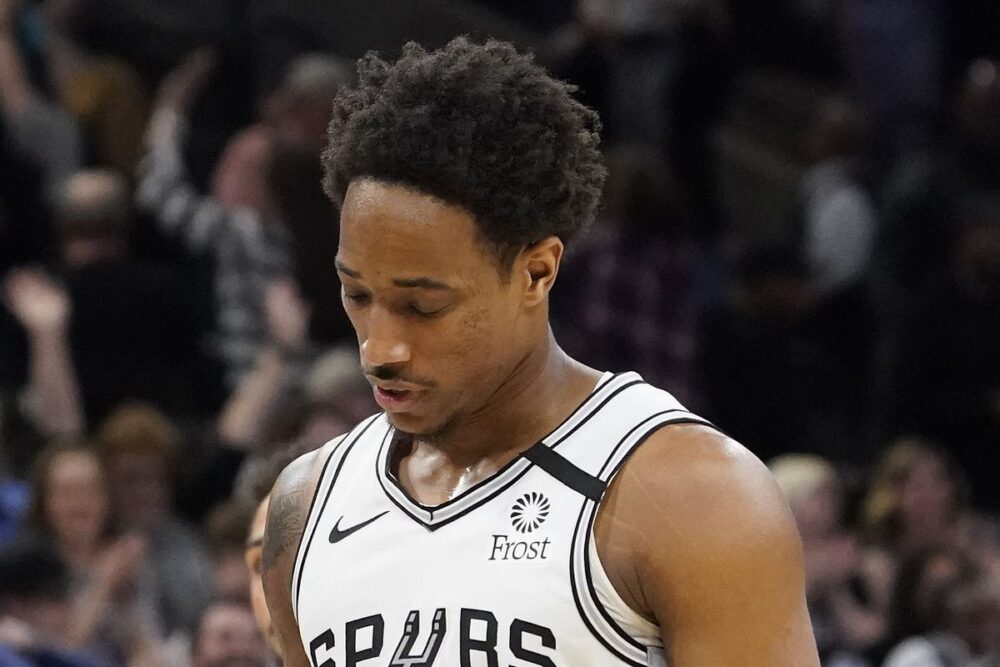 Shooting guard DeMar DeRozan is not enjoying his time with the San Antonio Spurs.

As a matter of fact, one anonymous agent told The Athletic that the four-time All-Star wants out from San Antonio.

“DeMar doesn’t like San Antonio and doesn’t want to be there,” the agent said. “If those guys leave, they land with Dwane Casey in Detroit. That relationship with the former coach is strong.”

DeRozan, 31, was shipped from the Toronto Raptors to the Spurs in the summer of 2018.

The Raptors dealt DeRozan, Jakob Poeltl and a 2019 first-round pick for Kawhi Leonard and Danny Green.

The Raptors ended up winning the 2019 championship against the Golden State Warriors. Leonard and Green played huge roles in helping the Raptors attain that title.

As for DeRozan, he hasn’t experienced much success since the trade. The Spurs lost in the first round of the 2019 playoffs to the young Denver Nuggets.

The Spurs also missed out on the 2020 playoffs, which snapped a 20-plus-year streak of going to the postseason.