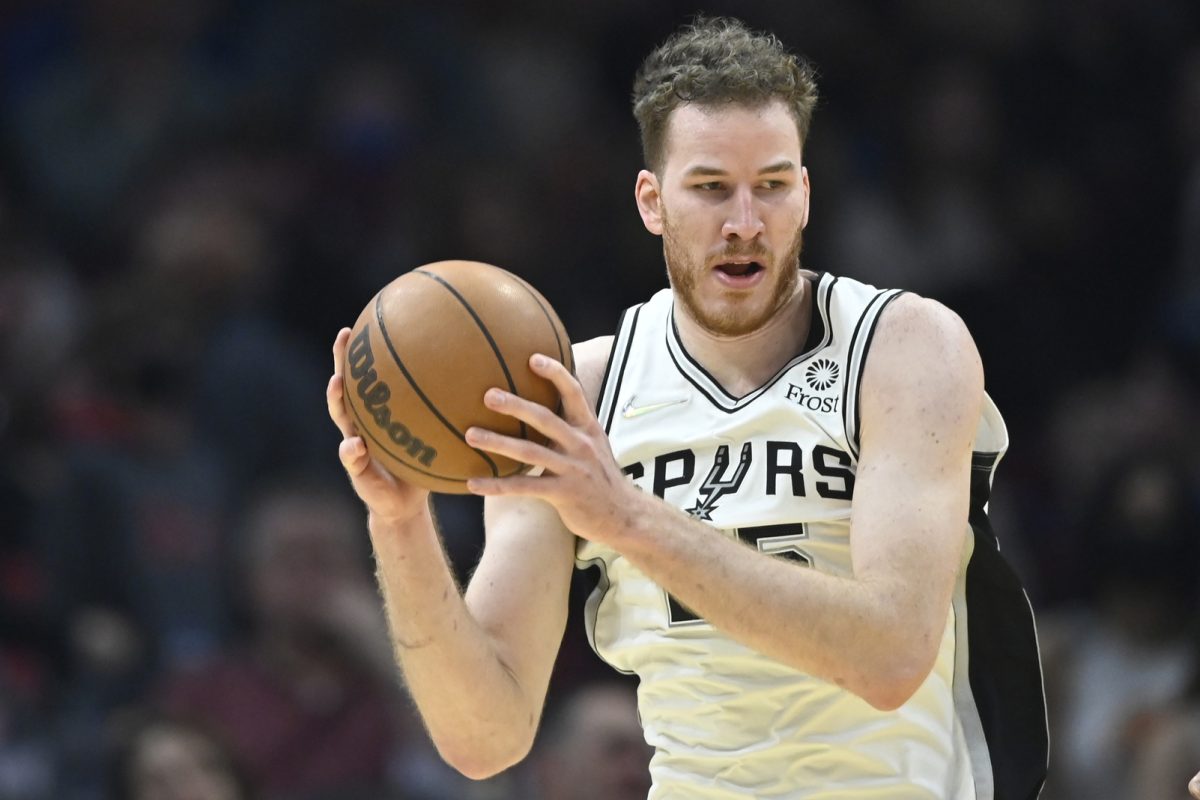 The Spurs, who already traded away All-Star guard Dejounte Murray this offseason, are clearly entering a rebuilding phase ahead of the 2022-23 regular season.

San Antonio could also move on from veteran guard Josh Richardson, who the team acquired from the Boston Celtics in exchange for Derrick White during the 2021-22 season.

Poeltl came to San Antonio as part of the trade package that sent Kawhi Leonard to the Toronto Raptors ahead of the 2018-19 season.

He has been a solid player for San Antonio, starting 160 of the 280 games he’s played in for the team while playing 22.4 minutes per game. Poeltl averaged 13.5 points, 9.3 rebounds, 2.8 assists and 1.7 blocks per game while shooting 61.8 percent from the field last season.

There’s no doubt that the veteran center could help any team in need of a big man, but the price of two first-round selections is certainly high. Poeltl has just one season remaining on his contract, and he will become an unrestricted free agent next offseason.

It may be hard for the Spurs to sell a team on giving up two first-round picks for Poeltl when he may be with the team for just one season. With that being said, San Antonio is clearly setting its asking price high as it tries to accumulate draft picks for the future.

If the Spurs move on from Poeltl and Richardson, they would open up more playing time for young players such as Joshua Primo, Jeremy Sochan and Zach Collins.

It will be interesting to see which teams emerge as the top suitors for Poeltl this offseason or during the 2022-23 regular season.