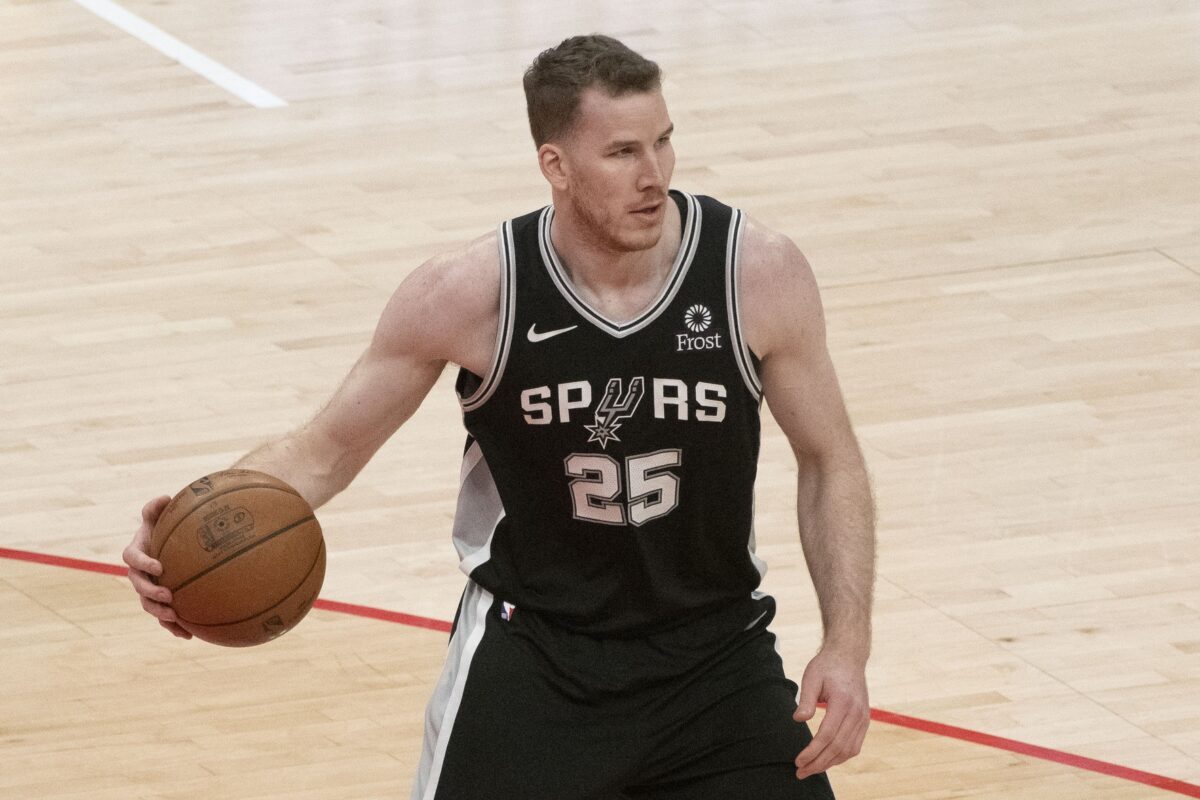 Early this month, a 32-year-old woman was brutally stabbed multiple times by an unidentified assailant inside a San Antonio theater.

“Multiple sources say that the victim of the brutal stabbing at the Palladium theater that happened at The Rim over the weekend was there with a San Antonio Spurs player,” Fox San Antonio reported.

“And we’ve learned from multiple sources at the San Antonio Police Department that the woman who was stabbed inside the Palladium – 32-year-old Sydney Bosworth – was there seeing a movie with San Antonio Spurs center Jakob Poeltl.”

Bosworth is currently recovering and has been discharged from the hospital. The Spurs organization, meanwhile, has not yet issued a statement.

Poeltl has played for San Antonio since 2018 when the team acquired him along with DeMar DeRozan from the Toronto Raptors in the Kawhi Leonard trade.