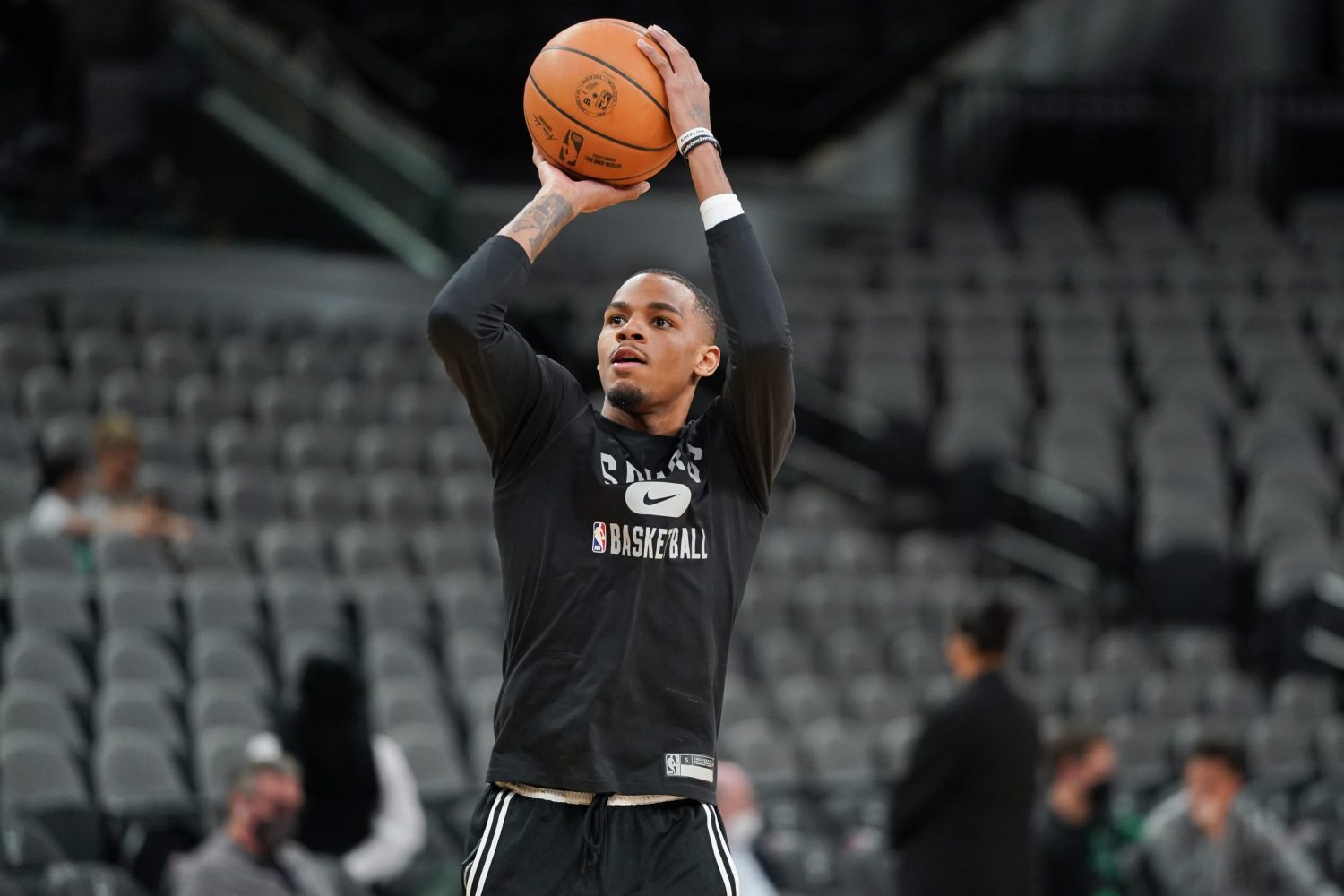 Every season in the NBA, one player stands out above the rest in terms of his improvement from the previous campaign.

Randle’s leap as a player helped the Knicks make the playoffs as the No. 4 seed in the Eastern Conference, and it was certainly a major reason why he won the award.

This season, there are several players that are in early contention to win the Most Improved Player award, including the Miami Heat’s Tyler Herro, the Memphis Grizzlies’ Ja Morant, the Charlotte Hornets’ Miles Bridges and the San Antonio Spurs’ Dejounte Murray.

Golden State Warriors guard Jordan Poole also belongs on this list, but he may fall off if his role diminishes when Klay Thompson returns to the lineup later this season.

While all of those players have an argument to win the award this season, the path for Murray is becoming clearer as the season goes on.

The 25-year-old is having a career season in San Antonio, filling the shoes that were left empty by DeMar DeRozan’s departure this past offseason. Murray is averaging career-highs in points (19.1), rebounds (8.6), assists (8.2) and steals (2.0) while shooting 44.5 percent from the field.

Dejounte Murray goes berserk in the final minutes, puts the Celtics away, then tells Boston’s bench Dennis Schröder is too small get him the hell out of the game. pic.twitter.com/u8W4tXqFBO

It’s an incredibly impressive start to the season, and he’s really come on in his last 11 games, averaging 20.5 points, 9.0 rebounds and 8.2 assists per game while leading the Spurs to a 5-6 record. San Antonio has won four straight games for the first time this season and could actually have a shot at making the play-in round of the playoffs in the Western Conference.

So why Murray over these other candidates?

First off, Murray has a chance to really gain ground on Morant, who is currently hurt, as it will be hard to justify the explosive Grizzlies guard as the MIP if he is out of the lineup for a significant chunk of the season.

As mentioned earlier, Poole’s role is destined to shrink when Thompson returns for Golden State, making Bridges and Herro the biggest threats to Murray at this point in the season.

Bridges and Herro are both having fantastic seasons, but neither is the No. 1 option on their respective teams. That’s where Murray has an edge.

If the Spurs are able to sneak into the play-in tournament a season after losing their best player, Murray would be the leading reason as to why. Herro plays on a team that already came into the year with playoff expectations while the Hornets have been looked at as an up-and-coming team in the Eastern Conference because of young star LaMelo Ball.

That isn’t to say that Herro and Bridges aren’t crucial to their respective team’s success, but when you look at the Most Improved Player award, it usually goes to a player that has essentially become the team’s best player and leader that season.

That statement is true for Randle last season, Brandon Ingram in the 2019-20 campaign, Victor Oladipo in the 2017-18 season and Giannis Antetokounmpo in the 2016-17 season. This isn’t the only way to win the award, but it is a great starting point.

Right now, Murray is San Antonio’s leader in points and assists per game while coming in second on the team in rebounds per game behind center Jakob Poeltl. The Spurs had very low expectations coming into this season, so if Murray helps the team exceed those expectations and make the playoffs, there has to be some extra credit given to him in the voting.

Still thinking about Dejounte Murray’s stepback three off the crossoverpic.twitter.com/Omgz4Y5BOr

San Antonio is just 8-13 on the season, but it has won four straight after a slow start to the campaign.

The biggest key for Murray will be keeping up this level of play all season, otherwise it’s easy for him to get passed over for players that do. Still, the path is there for the Spurs guard to cement himself as one of the better young players in the league and show that San Antonio has a cornerstone to build around for years to come.