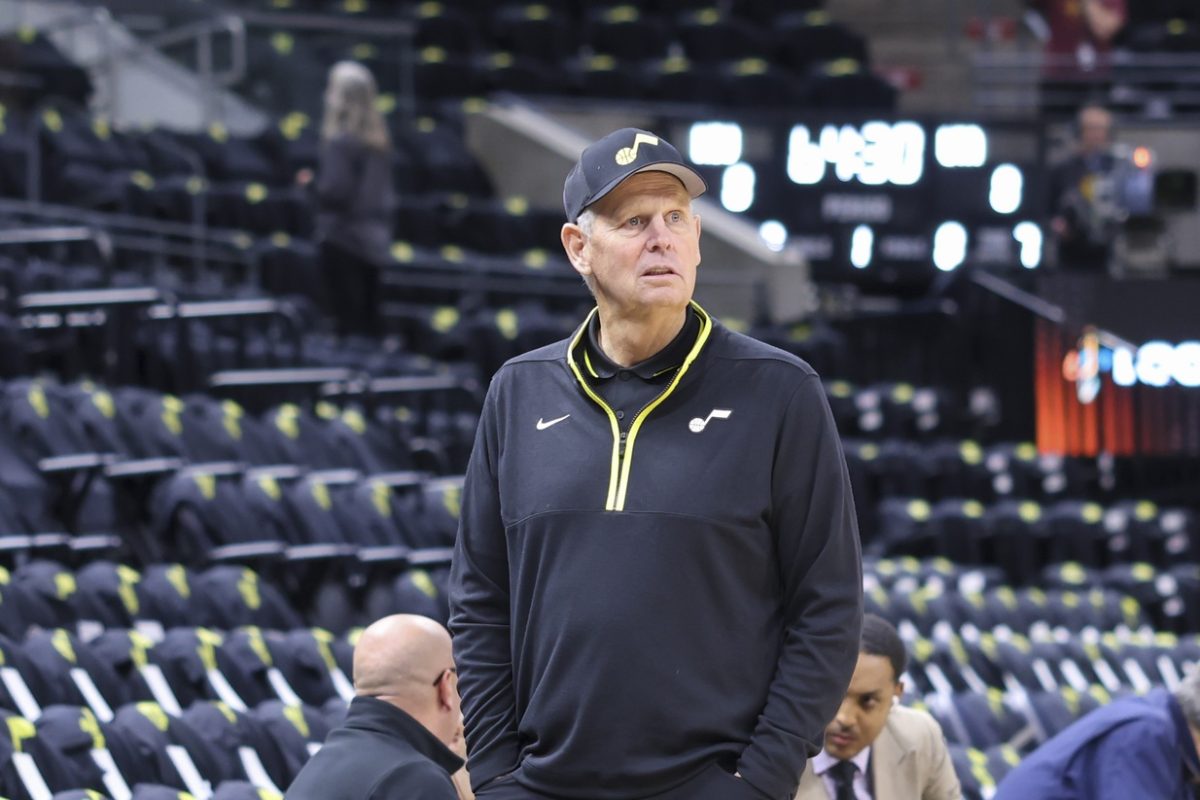 The Utah Jazz currently are the No. 1 team in the Western Conference with a 10-3 record, but one NBA executive believes that the team will make moves to be “bad” this season.

The Jazz traded away All-Stars Donovan Mitchell and Rudy Gobert this past offseason, but the squad has played terrific team basketball early in the season to win 10 of its first 13 games.

Despite that, the executive thinks the Jazz will make trades to put themselves in a position to compete for a top pick in the 2023 NBA Draft. The upcoming draft is headlined by international star Victor Wembanyama and G League guard Scoot Henderson.

“They’re all going to self correct,” the executive told The Athletic’s Sam Amick. “I think Utah will be there in the end, San Antonio will be there in the end. Detroit, I just don’t think is very good. They want to win, but I just don’t think they’re very good. And I think Indiana will be there at the end, for sure. Houston will be there. That’s five teams. Now I think Utah will make trades to make themselves bad, so that’s six. And then the question is Oklahoma City. I mean, how far do they want to push this? And then we’ll have one or two teams that are down there that’s unexpected, like the [Los Angeles] Lakers or the [Sacramento] Kings.”

It’s interesting that the executive thinks the Jazz will trade more players to make this year’s team worse, especially with how strong the team has started the season.

Utah doesn’t have a star player, but forward Lauri Markkanen has taken a major step forward so far this season. The former No. 7 overall pick is averaging 22.7 points, 8.8 rebounds and 2.5 assists per game while shooting 52.7 percent from the field and 34.1 percent from beyond the arc.

The team could certainly move on from veterans like Conley and Clarkson, but it’s hard to see the Jazz going into full tank mode if they remain at the top of the Western Conference standings.

Danny Ainge and the Jazz are well positioned to find talent in one of the next few NBA drafts, as they received a boatload of picks from the Minnesota Timberwolves for Gobert and three unprotected firsts from the Cleveland Cavaliers in the Mitchell deal.

Wembanyama is considered to be a generational prospect, but Utah may have already played itself out of getting the No. 1 pick. If the Jazz keep winning, they will almost certainly fall outside the top three teams in the running for the No. 1 pick in the lottery.

If that ends up being the case, the Jazz may be better off chasing a playoff berth. The executive doesn’t see that happening, so it will be worth monitoring Utah in the trade market as the 2022-23 campaign progresses.