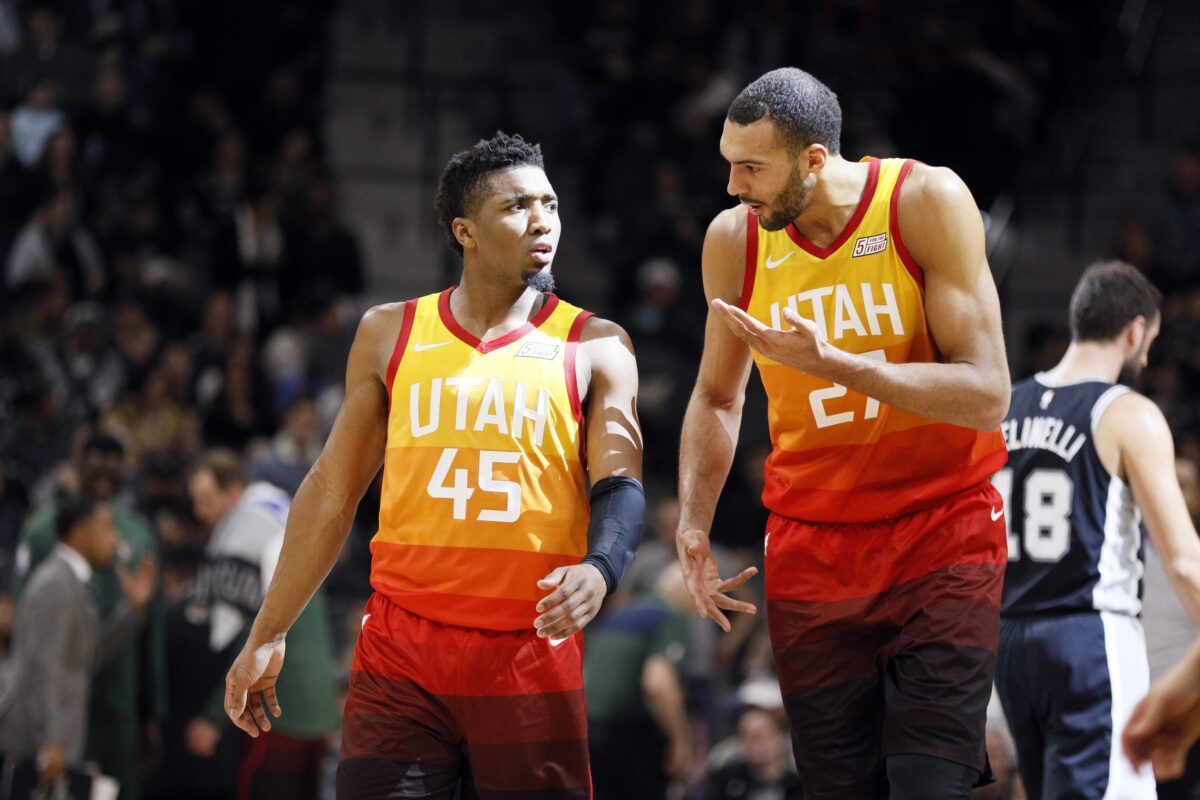 On Friday, the NBA announced massive fines aimed at Utah Jazz superstars Donovan Mitchell and Rudy Gobert for their recent denunciations of officials.

NBA announces fines for Jazz — $25,000 for Donovan Mitchell and $20,000 for Rudy Gobert — for comments ripping refs after Wednesday’s loss to the 76ers. Knocking over the water cooler cost Mitchell an extra $5,000.

The Jazz are heading into the All-Star break with the best record in the NBA.

Of course, Mitchell and Gobert have been the Jazz’s leaders and top producers. They both made the All-Star team this year.

Yet, they appear to believe they don’t receive as much respect as they deserve. Earlier this season, Los Angeles Lakers legend Shaquille O’Neal heavily criticized Mitchell for not having what it takes to take the Jazz to the next level.

In addition, O’Neal took a variety of shots at Gobert for being overpaid. The international standout is collecting 14.2 points, 13.1 rebounds and 2.7 blocks per game this season.

As for Mitchell, he’s averaging a career-high 24.7 points, 5.4 assists and 4.7 rebounds per contest this season.