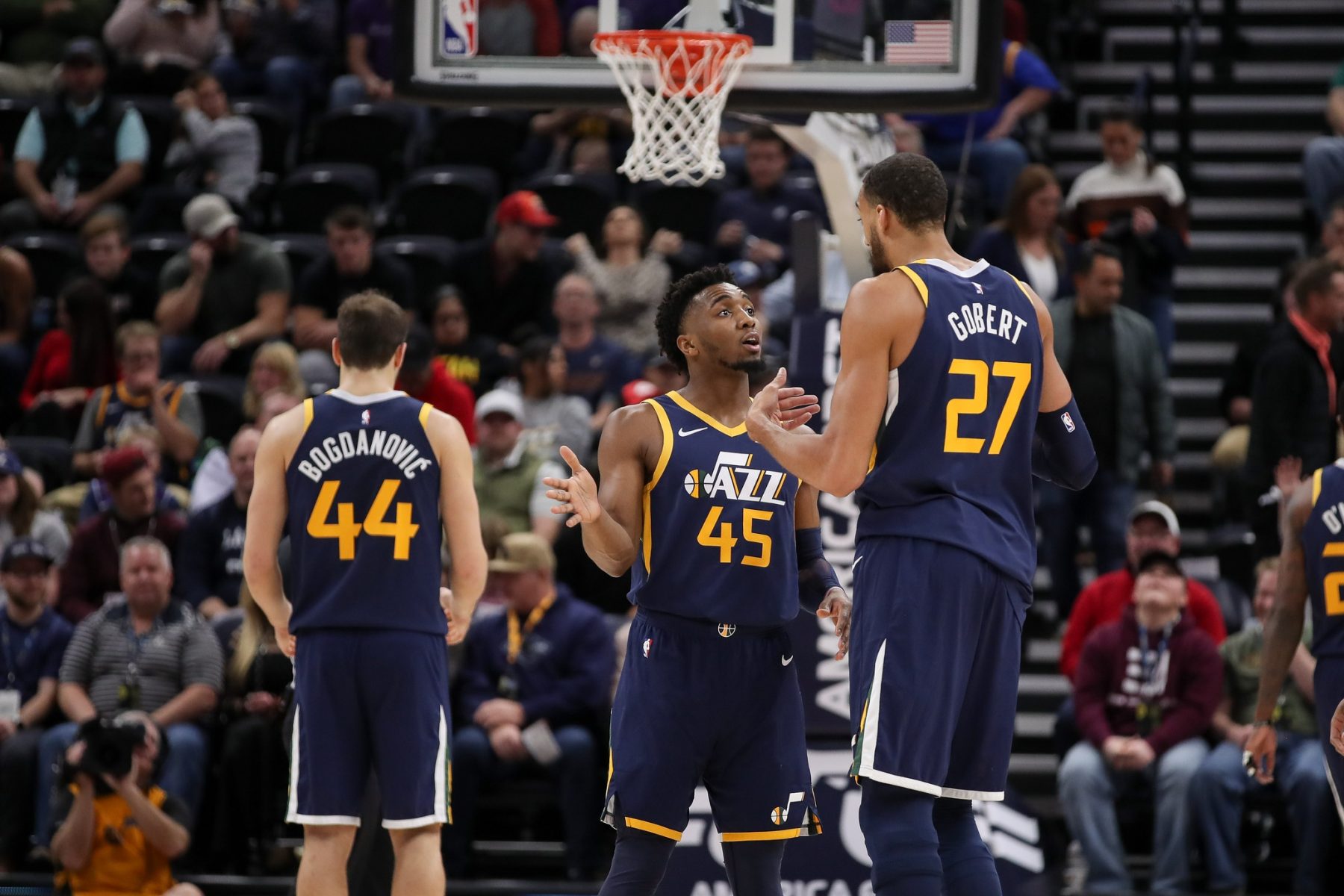 The two were the first NBA players to test positive for COVID-19. Some in the Jazz locker room as well as Mitchell reportedly had been “frustrated” with Gobert for his “careless” behavior prior to testing positive.

“I think it’s important to take a step back as you’re thinking about those two guys. They’re both really terrific people and excellent players,” Snyder said. “This was the first time that any two players on one team — really, I think, across the world, certainly in the U.S. and in the NBA — that were diagnosed with that virus.

“If you can imagine the emotion, the fear, all of the different things that go through their minds and their feelings, it’s humbling to think about that, and we try to. I think right now, we’re in good shape. Those guys are getting ready to play, they’re as excited as anybody on our team or anybody in the league.”

Gobert infamously touched every mic after a press conference just days before testing positive for the novel coronavirus.

NBA is suspending its season “until further notice” after Rudy Gobert of Jazz reportedly contracted the #coronavirus. What has make it worse is that he deliberately touched all the mics a few days ago during a press briefing to tell the public that the disease was not a big deal. pic.twitter.com/sSd97adIxr

Neither player has addressed their relationship, but Gobert has since apologized and donated $500,000 for COVID-19 relief in the United States and his native France.

The Jazz will need the two on the same page when the NBA resumes on July 31 as they currently hold the No. 4 seed in the Western Conference.