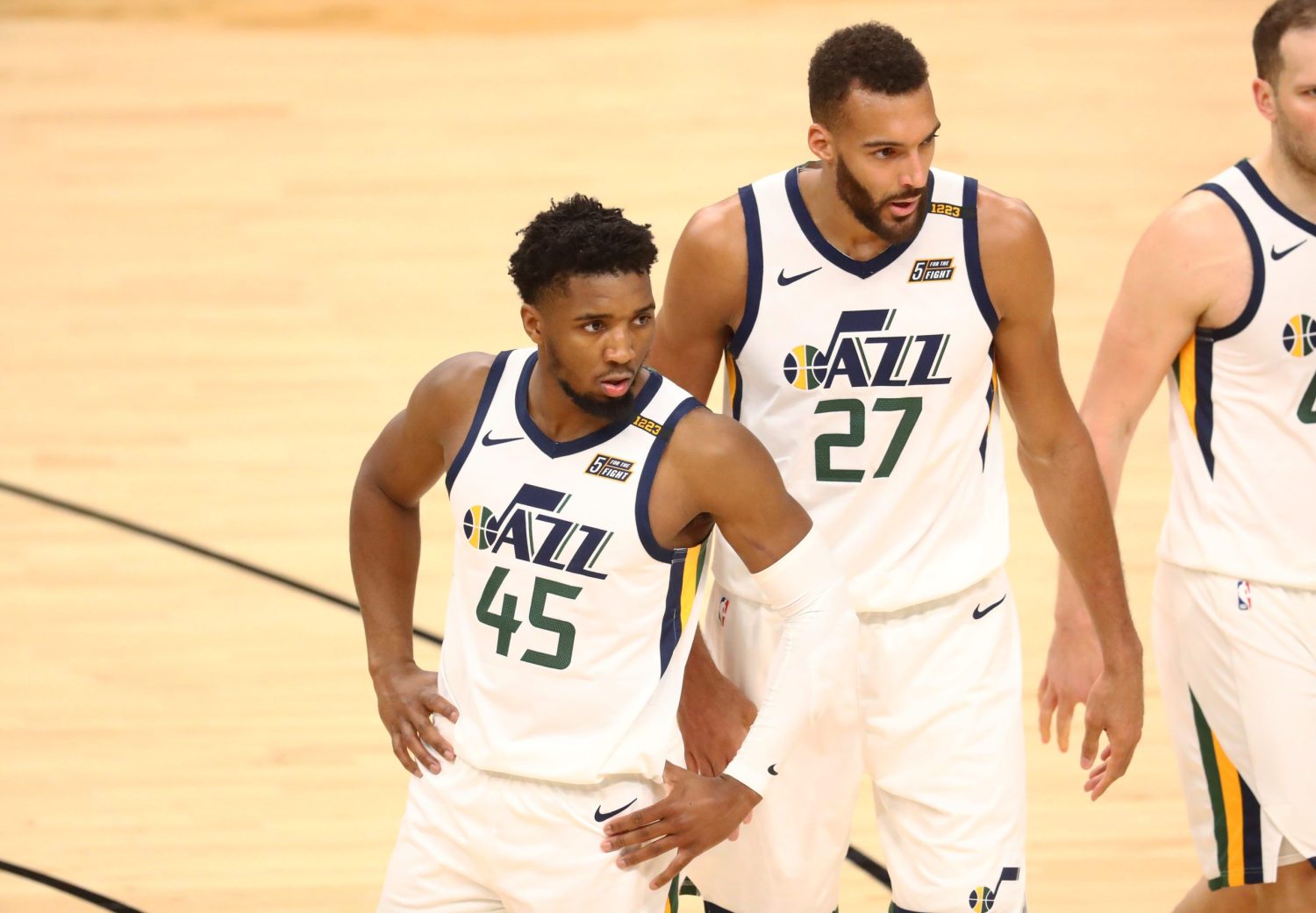 The relationship between Utah Jazz stars Donovan Mitchell and Rudy Gobert reportedly is back to being “passively aggressively awkward.”

ESPN’s Brian Windhorst and Tim MacMahon explained on Windhorst’s podcast that things have not been great in Utah amidst the Jazz’s struggles at times this season.

The Jazz have gone just 3-7 over their last 10 games and have fallen to the No. 4 seed in the Western Conference with Mitchell and Gobert both missing time due to injury.

“It’s back to being passively aggressively awkward,” MacMahon added.

Utah earned the No. 1 seed in the Western Conference last season, but it was bounced in the second round of the playoffs by the Los Angeles Clippers. Gobert and Mitchell had previously not gotten along after Gobert’s actions prior to the COVID-19 pandemic pausing the 2019-20 season.

“It’s the most underplayed story in the league, I think,” Windhorst said. “The Jazz are struggling a lot. This team had big expectations and they’re getting passed by frankly. They are not on the level they were a year ago. Donovan and Gobert, even though they’re both under long-term contract, are under each other’s skin. There’s all kinds of subtweeting and passive aggressive stuff going on.”

This season, Mitchell is averaging 25.5 points, 4.0 rebounds and 5.2 assists per game, but he is shooting a career-worst 33.9 percent from beyond the arc.

Gobert, on the other hand, is averaging the most points per game of his career at 16.0. He is also putting up a career-high in rebounds with 15.1 per game, which leads the NBA this season.

Windhorst added that “there’s some drama here,” and that the situation would be more publicized if the players were in a bigger city.

“If these guys played for the [New York] Knicks or [Brooklyn] Nets or even the [Phoenix] Suns or something, Stephen A. [Smith] would be talking about this on First Take,” Windhorst said. “Because it is two All-Star level players.”

The Jazz certainly hope that Gobert and Mitchell can work out their differences and help the team compete for an NBA title this season, but their relationship is certainly worth monitoring throughout the rest of the campaign.