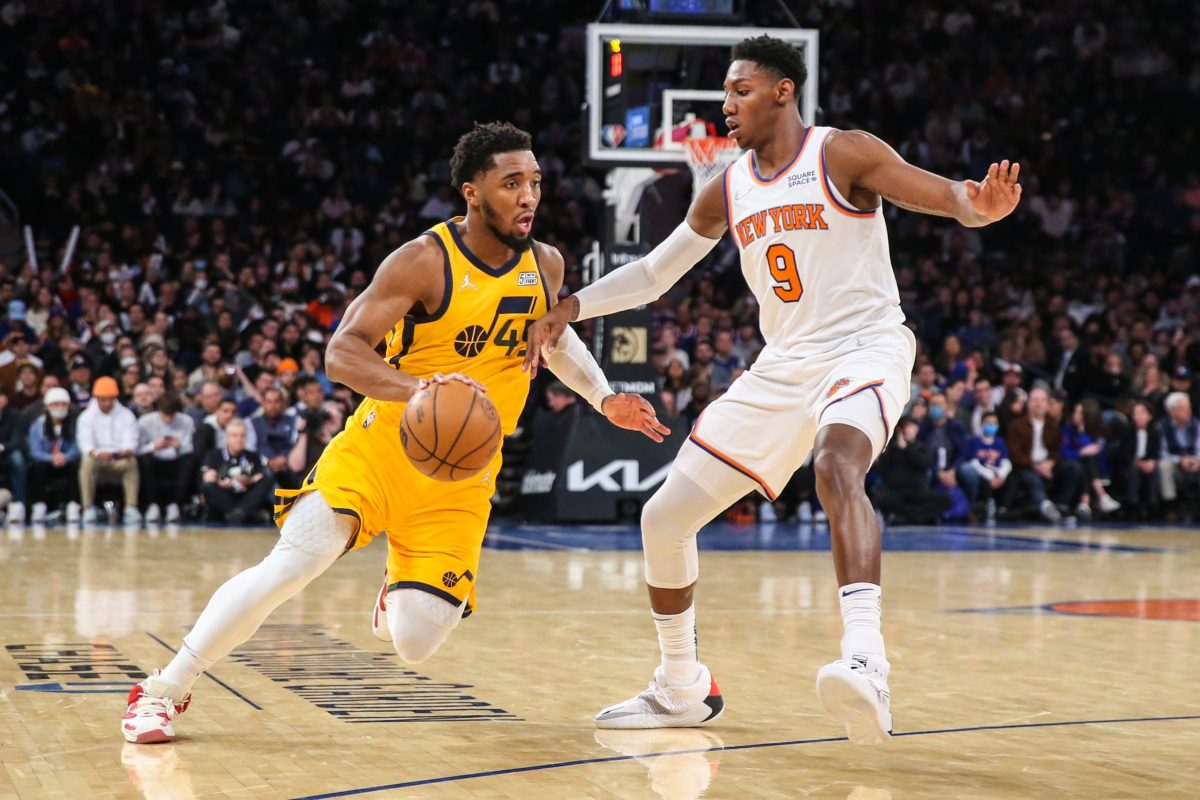 Though there were certainly exciting rumors revolving a potential trade featuring Utah Jazz star Donovan Mitchell earlier this offseason, the market has seemingly cooled since then.

The latest rumors indicate that while the New York Knicks and Jazz recently resumed trade talks for Mitchell, no deal appears to be imminent at this time.

“The Knicks and Jazz had a fresh trade conversation within the past week about potential packages for Mitchell, according to sources. There is no traction between the two teams on a deal, and no Mitchell trade is imminent for the Jazz, sources said. The Charlotte Hornets and Washington Wizards are also among the teams pursuing Mitchell, those sources said.”

The Knicks have been seen as the frontrunners for Mitchell for quite some time. The team seems to really want to pair Mitchell with its own young star R.J. Barrett. Moreover, Mitchell is a New York native, and he seems very interested in playing for his hometown team.

From this report alone, it’s clear that there is an ample market when it comes to teams that are interested in acquiring Mitchell. The question now is whether or not any of those teams have the assets necessary to get a deal done.

Already this offseason, the Jazz acquired a massive war chest of future picks from the Minnesota Timberwolves in the Rudy Gobert deal. They would likely want an even better haul for the current face of the franchise.

Still, while no deal appears imminent at the moment, that can all change in the blink of an eye. So far, the 2022 offseason has not been all that exciting when it comes to player movement.

With just over two months before the 2022-23 regular season kicks off, potential trades should be something that fans keep their eyes on. Only time will tell if all the patient waiting pays off in the end.