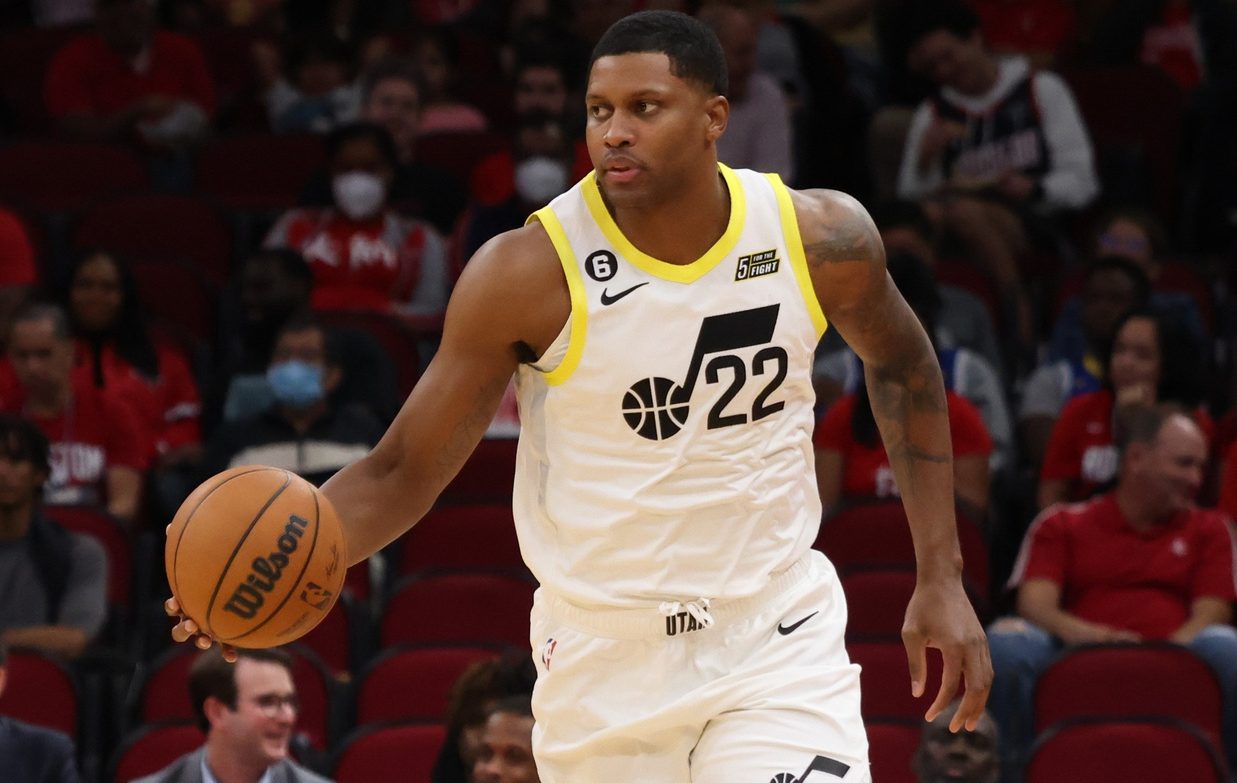 Several Eastern Conference contenders are interested in Utah Jazz forward Rudy Gay, who has played a limited role for the Jazz so far this season.

Utah is also reportedly willing to move the veteran forward in the trade market.

“The Jazz have been looking to move small forward Rudy Gay, who is having only a small impact with a career-low in minutes,” Hoops Wire’s Sam Amico wrote. “Several Eastern Conference contenders are interested, sources told Hoops Wire.”

Gay has appeared in 12 games for the Jazz this season, playing just 15.8 minutes per game. He is averaging 4.5 points and 3.4 rebounds per game while shooting 36.2 percent from the field and 26.5 percent from beyond the arc.

The Jazz have a lot of options at the forward position with Lauri Markkanen, Jarred Vanderbilt and Kelly Olynyk. Utah has prioritized playing some younger players over Gay this season. So far, it has worked, with the team getting out to a 12-7 start.

It’s unclear exactly which teams would be interested in Gay, but he could be a solid role player for a team looking to contend this season. The University of Connecticut product is a career 34.9 percent 3-point shooter, and he has the size to be a valuable defender on the wing.

The Jazz stockpiled draft picks by trading away Donovan Mitchell, Rudy Gobert and Bojan Bogdanovic, and it’s possible the team could net another future asset or young player by trading Gay.

Right now, Gay is dealing with an injury to his finger that has kept him out of the Jazz’s last four games. The team may have to wait until he’s healthy to truly find a deal, but the fact that the interest is already there is promising.

If Gay were traded, the Jazz would likely further lean on Markkanen, Vanderbilt, Olynyk, Malik Beasley and Talen Horton-Tucker at forward and on the wing.

Gay has played for several teams in his NBA career, starting with the Memphis Grizzlies in the 2006-07 season.

Since then, Gay has also had stints with the Toronto Raptors, Sacramento Kings, San Antonio Spurs and Jazz. It will be interesting to see if he lands with a contender prior to the trade deadline this season.