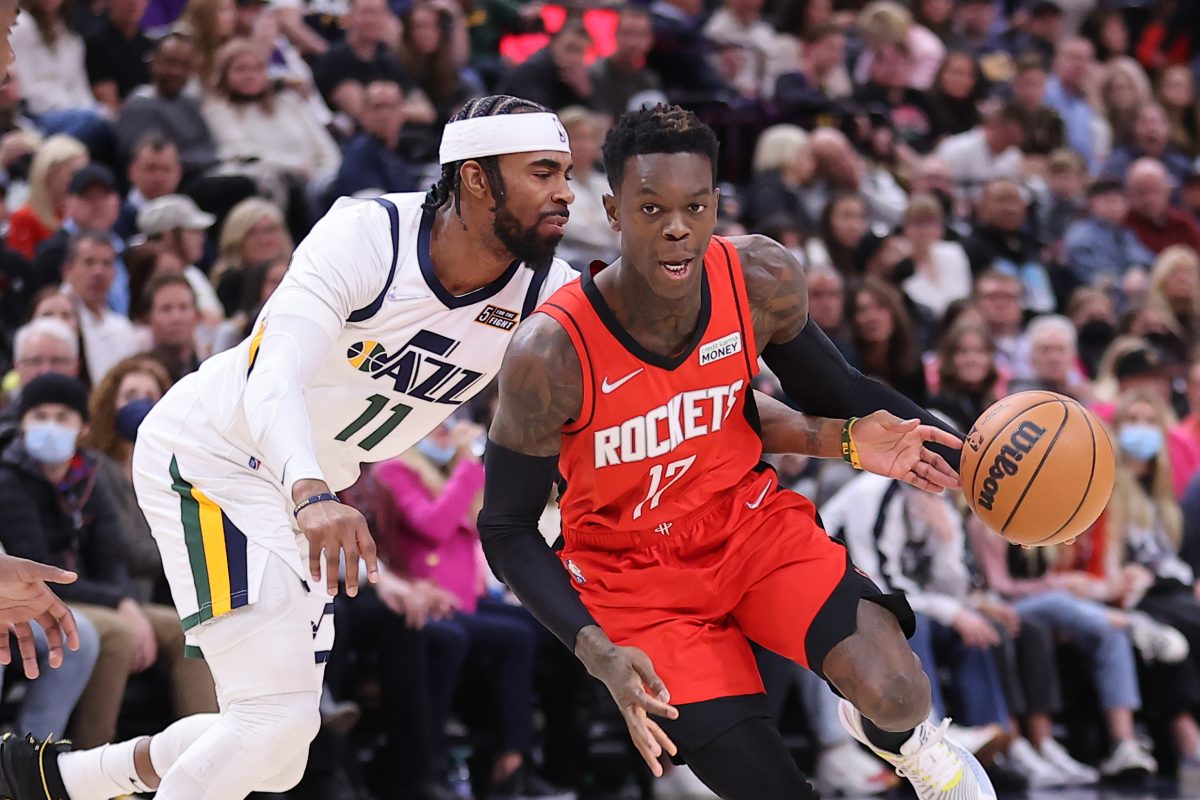 Though veteran point guard Dennis Schroder has not yet joined a new team for the 2022-23 NBA season, it is starting to look like he has a pretty healthy market of interested teams.

On Tuesday morning, it was reported that the Los Angeles Lakers are interested in possibly bringing back Schroder, who played with the team in the 2020-21 season.

“He has also spent time with the [Oklahoma City] Thunder and [Atlanta] Hawks, and along with the Lakers, is drawing interest from the Jazz and Mavericks, sources told Hoops Wire,” Sam Amico wrote.

Certainly, the influx of interest is very positive news for the veteran guard. Last summer, Schroder signed a one-year deal with the Boston Celtics but was dealt away to the Houston Rockets prior to the trade deadline last season.

At just 28 years old, Schroder should have a fair amount of great basketball ahead of him. If he has a productive 2022-23 campaign, there is a high likelihood that he could end up earning a multiyear contract as opposed to having to deal with more one-year offers.

What is interesting to note given the three teams that have reported interest in Schroder is that his role could be dramatically different depending on where he chooses to sign.

With the Lakers, it’s possible that Schroder would start the season coming off the bench behind Russell Westbrook. In Dallas, Schroder would likely play behind superstar Luka Doncic.

However, with the Jazz, he would possibly have a pretty solid opportunity to earn the starting point guard job since Mike Conley has been involved in trade rumors this offseason.

Surely, all of that will be taken into consideration whenever Schroder does eventually decide to sign a contract.