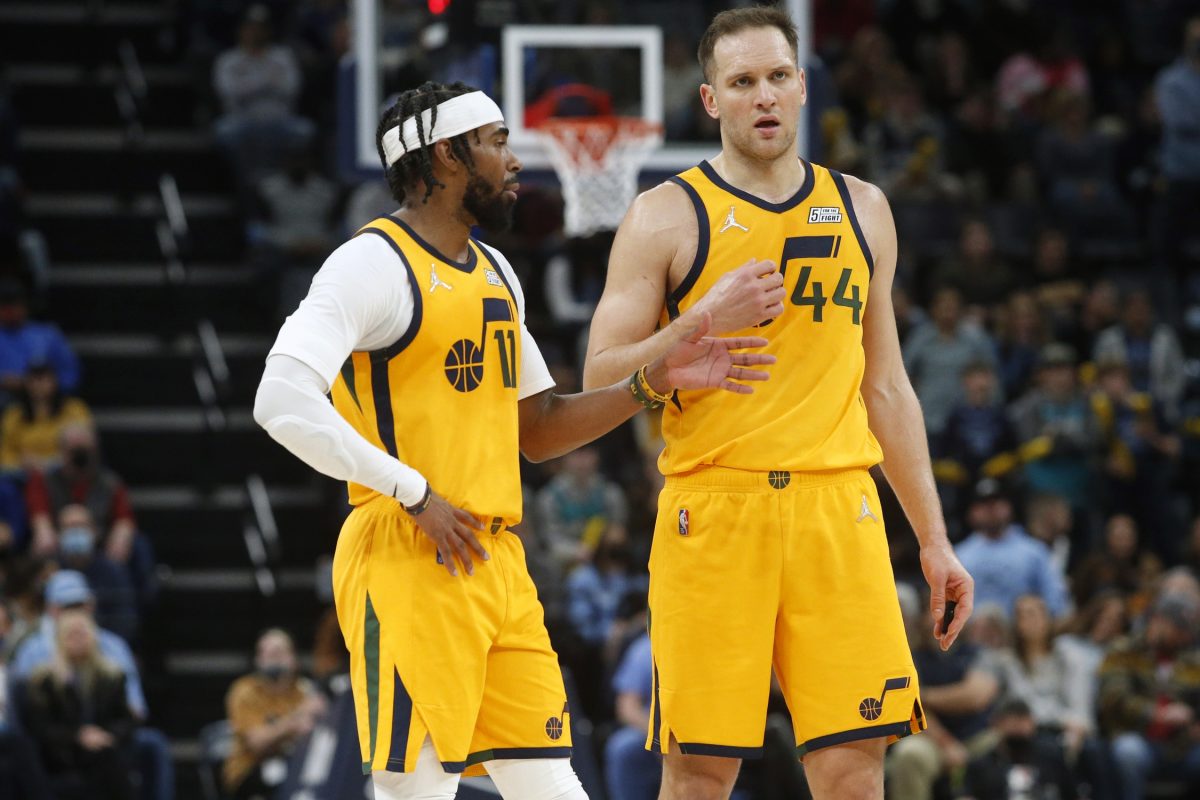 The Utah Jazz have performed a major overhaul of their roster this offseason, trading away All-Stars Rudy Gobert and Donovan Mitchell.

According to The Athletic’s Tony Jones, the Jazz may not be done making deals either. Utah is also looking at trading veterans such as Mike Conley, Jordan Clarkson and Bojan Bogdanovic as the team enters a new era.

“The Jazz are, according to sources, also engaged in trade conversations around its remaining pieces, namely veterans forward Bojan Bogdanovic, guard Mike Conley and guard Jordan Clarkson,” Jones wrote. “But, with Mitchell now in Cleveland and Rudy Gobert in Minnesota, the franchise has officially turned the page on that era. For the Jazz, it’s all about how to open a new window they hope can possibly lead to a title.”

The Jazz are clearly entering a rebuilding phase, so adding any young assets or draft picks for veteran players would make sense.

Last season, Clarkson averaged 16.0 points per game while shooting 41.9 percent from the field and 31.8 percent from beyond the arc. There’s no doubt he’d be able to provide a contending team with a solid scoring presence off the bench.

Bogdanovic is entering the final year of his contract, and he’s another player that is a proven scorer, especially from the outside. The veteran forward averaged 18.1 points per game for Utah in the 2021-22 season while shooting 45.5 percent from the field and 38.7 percent from deep.

He’s not as young as Clarkson, but Bogdanovic also has what it takes to help a contending team in the 2022-23 season.

Conley is a bit trickier to deal, as he’s coming off his worst scoring season since the 2011-12 campaign, and his contract (which pays about $22.7 million this season) may present a challenge for some teams to match in a trade when it comes to salary.

However, Conley’s salary for the 2023-24 season is only partially guaranteed, per Spotrac, so a contender that needs a point guard may be willing to roll the dice on him.

With Utah ready to hit the reset button, it would be surprising to see all three of these veterans play the entire 2022-23 campaign with the Jazz.