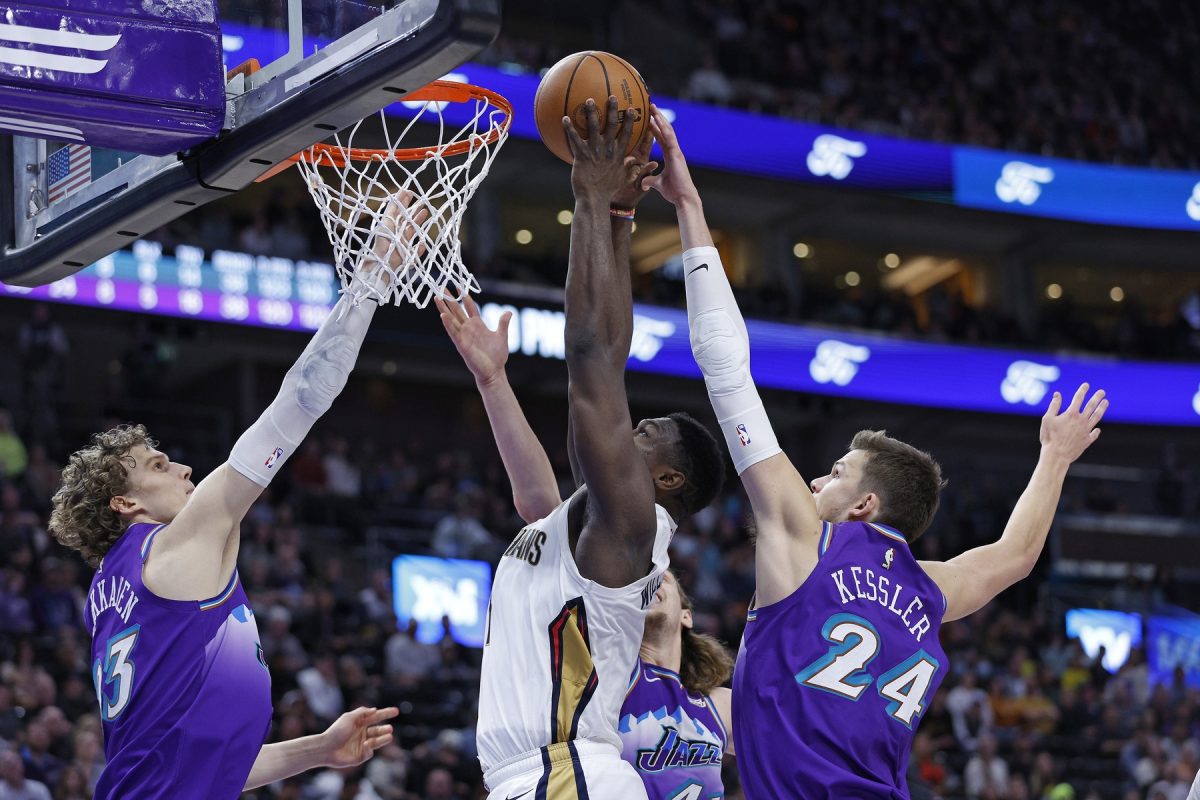 The Utah Jazz are willing to trade anyone outside of Lauri Markkanen and Walker Kessler ahead of this season’s trade deadline, according to USA Today’s Jeff Zillgitt.

“The Utah Jazz are open to trades except deals that include potential All-Star Lauri Markkanen and rookie Walker Kessler,” Zillgitt wrote.

The Jazz acquired Markkanen this past offseason in the deal that sent All-Star guard Donovan Mitchell to the Cleveland Cavaliers.

Markkanen, a former first-round pick, has been terrific for the team this season, averaging 24.5 points, 8.5 rebounds and 1.9 assists  per game while shooting 52.4 percent from the field and 41.1 percent from beyond the arc.

He’s helped the Jazz sneak into the play-in tournament conversation in the Western Conference even though most people expected them to be one of the worst teams in the NBA this season.

The Jazz currently hold the No. 9 spot in the Western Conference despite being two games under .500.

As for Kessler, he came to the Jazz in the Rudy Gobert trade with the Minnesota Timberwolves. The No. 22 overall pick in the 2022 NBA Draft, Kessler has been a defensive anchor for the Jazz this season.

The rookie is averaging 6.9 points, 6.7 rebounds and 1.9 blocks in 19.0 minutes per game this season. He’s appeared in 41 matchups for the Jazz, making seven starts.

Cleary, Utah thinks that Kessler is a piece that it can build around in the future if it’s not willing to move him at the deadline.

Outside of those two players, the Jazz appear to be open for business, and they have a few intriguing veterans that could be on the move.

The Jazz also have guard Collin Sexton, who signed a new four-year deal this past offseason, as a potential trade chip.

Utah is in a rebuilding phase after the Mitchell and Gobert trades, and even though the team has outperformed expectations to this point in the season, the Jazz may want to sell high on some of their veterans to build the roster for the future.