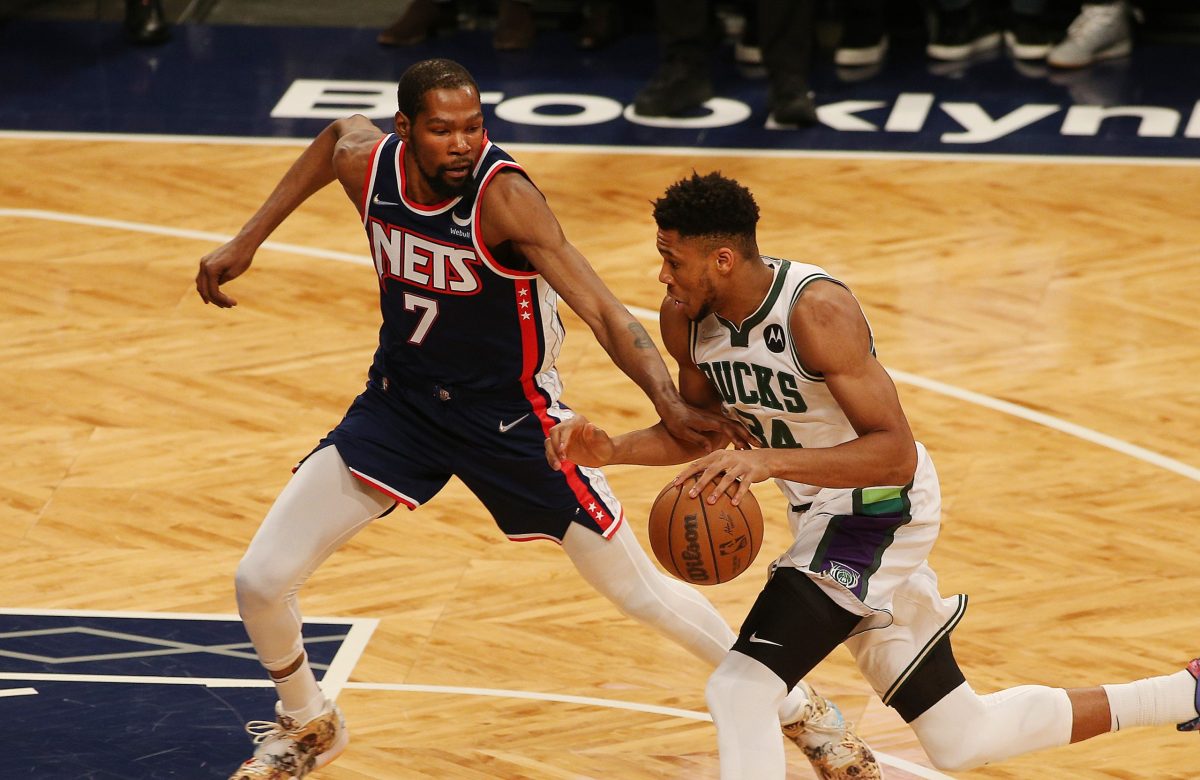 NBA prospect Victor Wembanyama is already being hailed as the next generational talent despite the fact that he is still just 18 years old.

At 7-foot-3, Wembanyama has shown an immense level of skill, and he seems destined to be a major force in the NBA.

As it turns out, the youngster seems well aware of his rare combination of size and speed, and he recently admitted that he has been modeling his game after those of Kevin Durant and Giannis Antetokounmpo, two of the rarest and most dominant specimens currently in the NBA.

Victor Wembanyama sat down with @MikeCouzens & @PaulBiancardi during today's #AXEEuroTour broadcast on ESPN to discuss:
🔳His first U.S. experience
🔳Changing clubs
🔳 Playing Pro
🔳Who he thinks his NBA comp is 👀 pic.twitter.com/12VZSIijHV

“If I gotta pick two, I’d say Giannis and K.D.,” he said. “Those are my two favorite players.”

Wembanyama went on to also mention that he wants to exemplify center and fellow Frenchman Rudy Gobert when it comes to dominance on the defensive side of the ball.

Right now, the expectation is that Wembanyama will be the crown jewel of the 2023 NBA Draft. He will arguably be the most exciting player to enter the league since New Orleans Pelicans star Zion Williamson a few years ago.

Still, nothing in the NBA is guaranteed, and Wembanyama cannot depend on his raw physical abilities alone if he wants to truly be one of the greats.

Even the most gifted players have to work hard in order to reach great heights in the league.

Wembanyama already seems dedicated to achieving that goal, and it will surely be exciting to see what kinds of things he can accomplish once he gets to the NBA.

Until then, fans of rebuilding teams will surely be saying daily prayers hoping to win the draft lottery and get a chance to land Wembanyama.