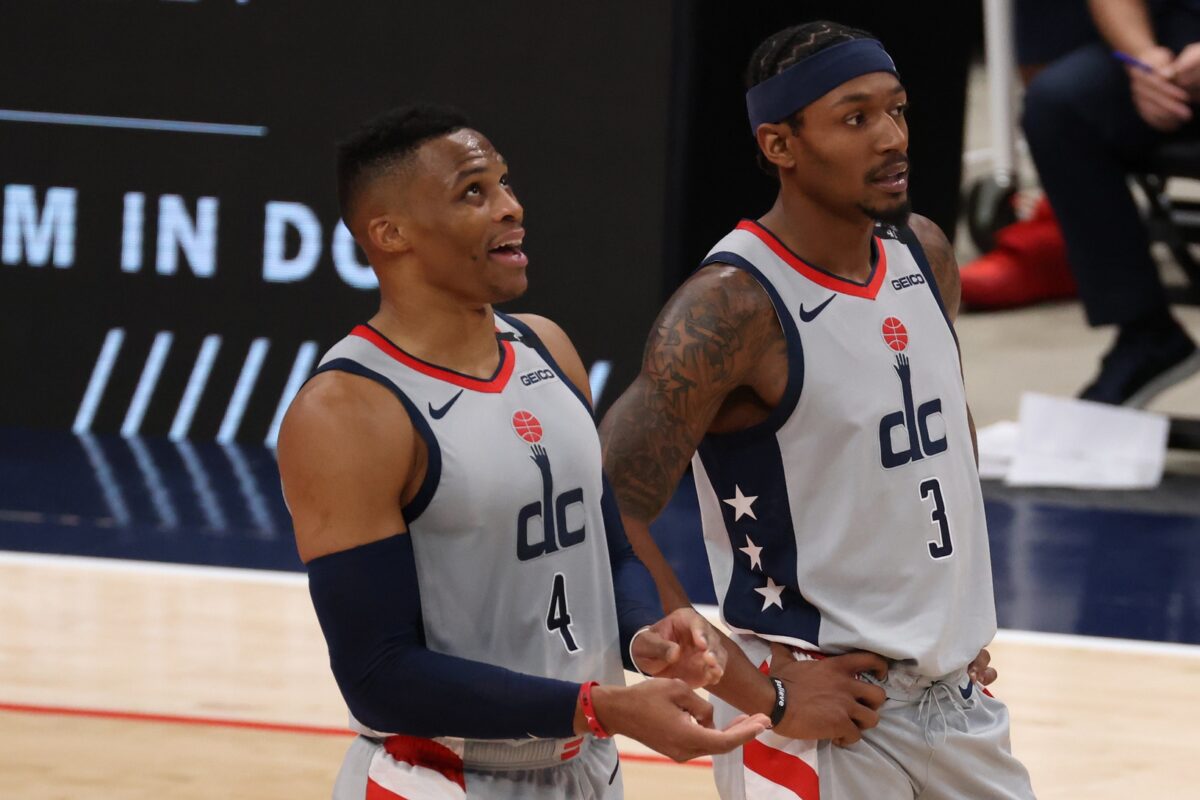 Yet, Beal shared some massive praise for Westbrook in a recent interview.

"I credit a lot of my success to Russ."@RealDealBeal23 reveals why @russwest44's addition to the @WashWizards has propelled his game to the next level. #DCAboveAll pic.twitter.com/luFP3IFfBZ

“I credit a lot of my success to Russ,” Beal said. “One, he’s a Hall of Famer, he’s an MVP, scoring champ. He has it all, all the accolades. The only thing he’s missing is a ring. For me, it’s seeing how he brings it every single day, as a leader, as a player, as a father, as a man. He’s the best teammate probably I’ve ever had.”

Beal, 27, has played in Washington his entire career.

Of course, fans link Beal to former Wizards guard John Wall. However, the Wizards acquired Westbrook from the Houston Rockets in exchange for Wall and a 2023 first-round pick in the offseason.

Although the Wizards struggled in the beginning of the season, they have picked up the pace in recent weeks. They hold a 14-20 record and are the No. 12 seed in the Eastern Conference.

Westbrook, 32, is collecting 20.3 points, 9.8 assists and 9.7 rebounds per contest this season. The former MVP reportedly desired to play alongside Beal.

Beal hasn’t disappointed Westbrook at all. The University of Florida product is averaging a monster 32.9 points in addition to 5.4 rebounds and 4.7 assists per game this season. He leads the league in scoring.