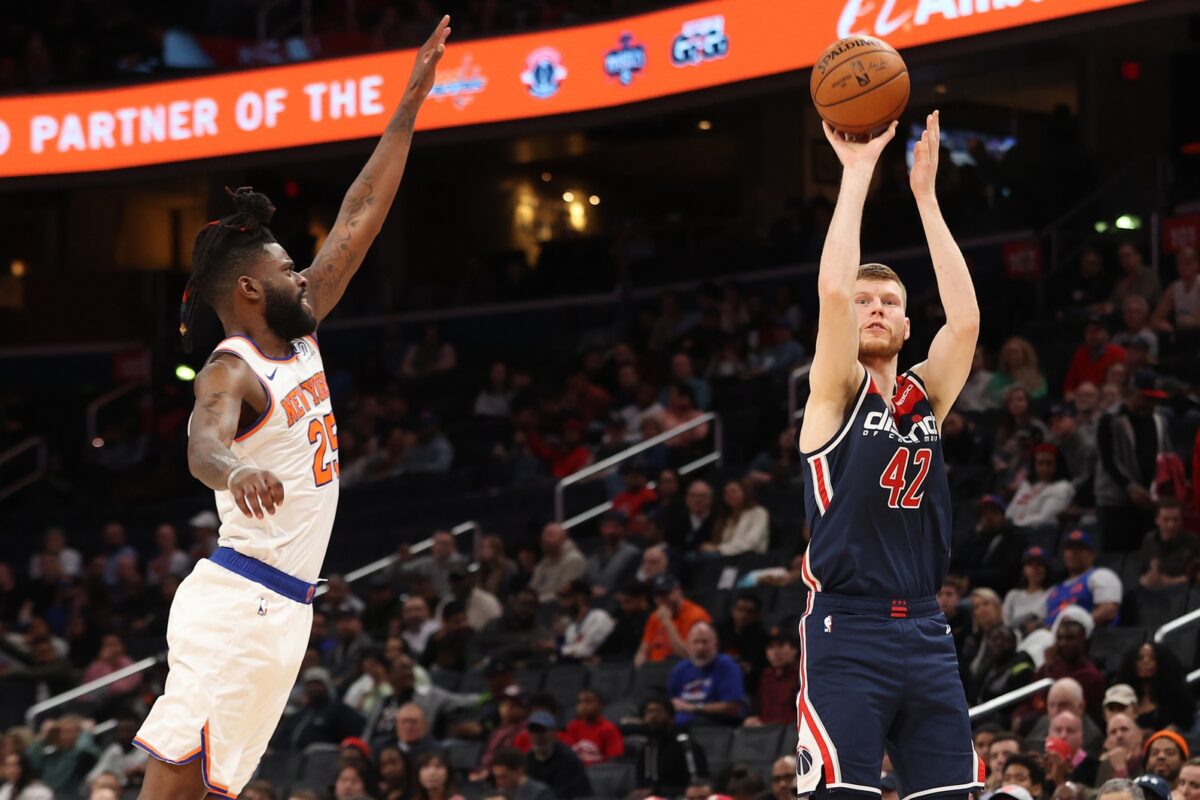 Washington Wizards sharpshooter Davis Bertans was not happy that NBA 2K21 didn’t rank him within the top 10 when it comes to shooters in the highly popular video game.

Bertans was listed behind players such as Doug McDermott, Derrick Walton Jr. and George Hill among the game’s 3-point shooters.

People keep tagging me in this @NBA2K
I guess i can’t shoot as good as these guys 👀 https://t.co/gr7t3n8ijD

It is surprising that Bertans isn’t on the list, as he finished last season shooting 42.4 percent from beyond the arc.

With the Wizards’ recent addition of Russell Westbrook, Bertans will have a chance to thrive off of catch-and-shoot situations.

Westbrook has led the league in assists twice during his career, and a sharpshooter like Bertans could help him accomplish that feat again.