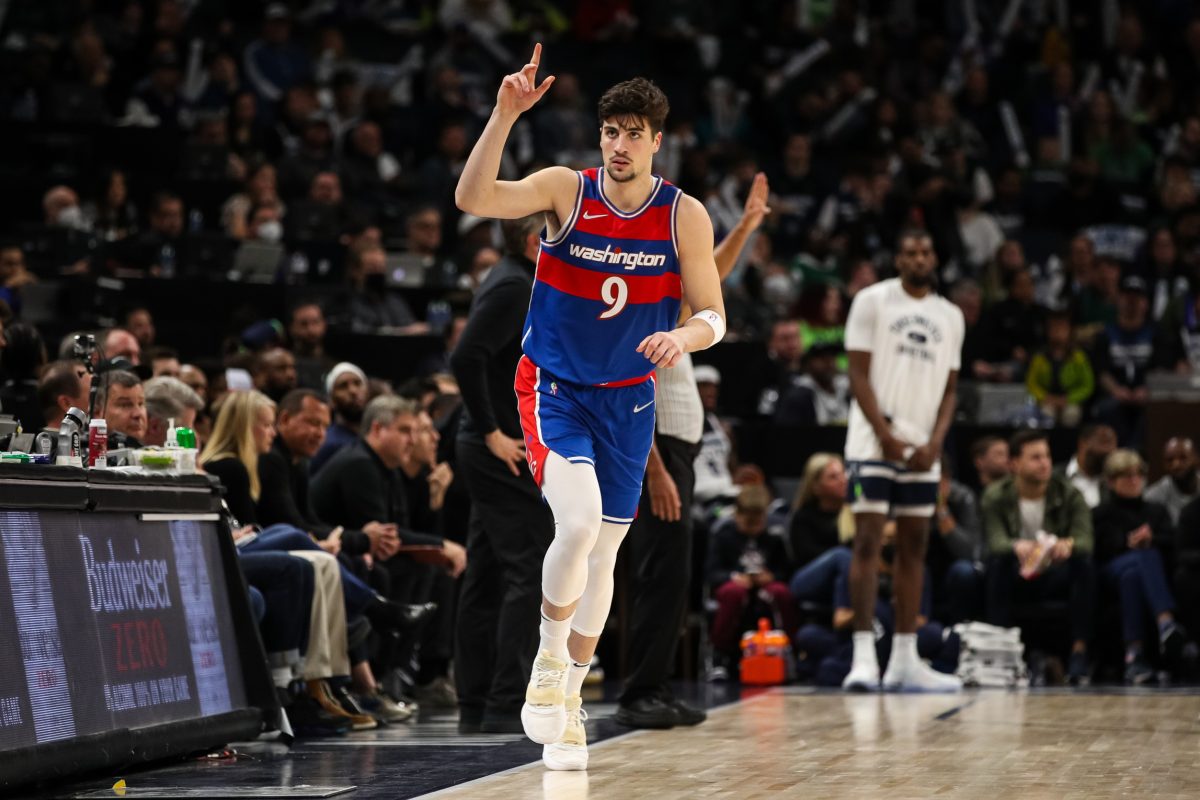 Deni Avdija was VERY emotional following his first Eurobasket game with Israel, telling @sport5' @OManhime – "I've always dreamt of being on this stage. I've been in the NBA and Euroleague, but something is special when you have your country's name across your chest". >>

Avdija and Israel took on Finland, a team that features Utah Jazz forward Lauri Markkanen. Markkanen was recently traded by the Cleveland Cavaliers in the Donovan Mitchell deal.

Avdija took it upon himself to slow down Markkanen, showing his dedication to his country and team in the process.

"I took the matchup with Lauri personally. I told myself, it's now or never. I've guarded some stars and I'll guard some more in the future, but with him, I told the coaching stuff – I don't care about scoring or fouls, just let me slow this guy down. I made it hard for him" > pic.twitter.com/Hf0vbStpFD

"I don't want to talk about what I've done – I just played my heart out, doing whatever I could. Without each and every teammate here, we wouldn't make it. Everybody contributed when we needed them. We should stay with our feet on the ground, but we can do wonderful things here"

Markkanen still had a good game, scoring 33 points for Finland, but it was Avdija who got the last laugh, as Israel went on to win the game in overtime.

Avdija put the team on his back, scoring 23 points, grabbing 15 rebounds and dishing out three assists in the win.

The Wizards forward was emotional about trying to bring a win home for his country.

"Even though I didn't started this campaign well, not as I wanted to do – I continued to believe, and the ppl here backed me up".
On being pissed off after end of 4th qtr: "I'm very emotional, but I had to move on, be mentally strong. This win was just more exciting, eventually".

The No. 9 overall pick in the 2020 NBA Draft, Avdija has shown he is a solid defender at the NBA level, posting a positive defensive box plus/minus in each of his first two NBA seasons. His play at this year’s Eurobasket should be encouraging for the Wizards ahead of the 2022-23 season.

One of Avdija’s Wizards teammates, Kristaps Porzingis, shouted him out on Twitter for his impressive performance.

Through his first two seasons in Washington, Avdija has averaged 7.6 points, 5.1 rebounds and 1.7 assists per game. At just 21 years old, he’s showing he can still grow as a player at the NBA level with his play at this year’s Eurobasket.