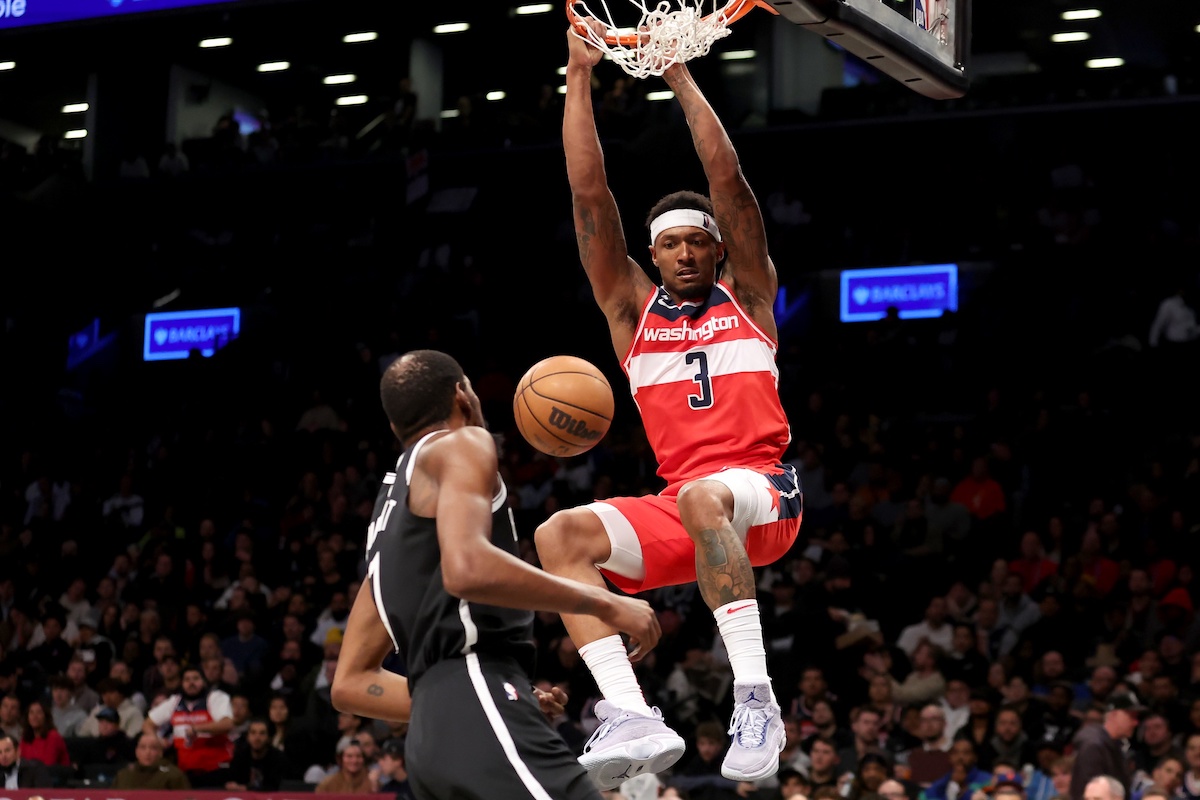 Bradley Beal missed Monday’s game between the Washington Wizards and Brooklyn Nets, but that didn’t stop Nets superstar Kevin Durant from giving him some immense praise, as he called the University of Florida product a “Hall of Fame” player.

Kevin Durant on Bradley Beal, who missed tonight’s game with a hamstring injury: “He’s a Hall of Fame, All-Star player. Take that away from your team, you’re trying to figure out where that impact’s gonna come from.”#Wizards #NBA #Nets #Netsworld

However, that may not be enough to get him into the Hall of Fame. According to Basketball Reference, Beal has about a 2.3 percent chance of making the Hall of Fame at this point in his career.

The former No. 3 overall pick doesn’t have that many accolades to his name. He’s a three-time All-Star and one-time All-NBA selection. While those are impressive feats, they likely won’t be enough to get his name into the Hall of Fame unless he adds to his resume.

Beal is only 29 years old, so he definitely still has some time to collect multiple individual and team awards. More All-Star appearances and All-NBA selections, things he’s surely capable of, would definitely help his case. Winning an MVP award and title, both of which might seem unlikely to many, would also greatly improve Beal’s chances.

Given the state of the Wizards organization right now, it might take some time before a title becomes a real possibility. Washington is currently 11-17 on the season and on a seven-game losing streak. The team has lost 10 of its last 11 games to fall to 12th in the Eastern Conference. The Wizards definitely have the talent to turn things around and are surely hoping that Beal’s return will help the squad gain some ground.

As for Durant, he’d probably make it to the Hall of Fame even if he retired right now. He’s a 12-time All-Star, 10-time All-NBA selection, two-time champion, two-time Finals MVP and one-time league MVP.

He’s one of the best players of the league’s current generation, having averaged 27.3 points, 7.1 rebounds and 4.3 assists per game so far in his career. Basketball Reference believes he has a 100 percent chance of making it to the Hall of Fame.

While that’s surely exciting for Durant, he’s likely more focused on helping the Nets make it to the playoffs this season. The 34-year-old hasn’t enjoyed much major success since joining the team. This season, Brooklyn is fourth in the Eastern Conference with a 17-12 record.

After many ups and downs over the past couple of seasons, it seems like Brooklyn is here to stay as a real contender.

It will be interesting to see how Beal and Durant perform throughout the remainder of the 2022-23 campaign.