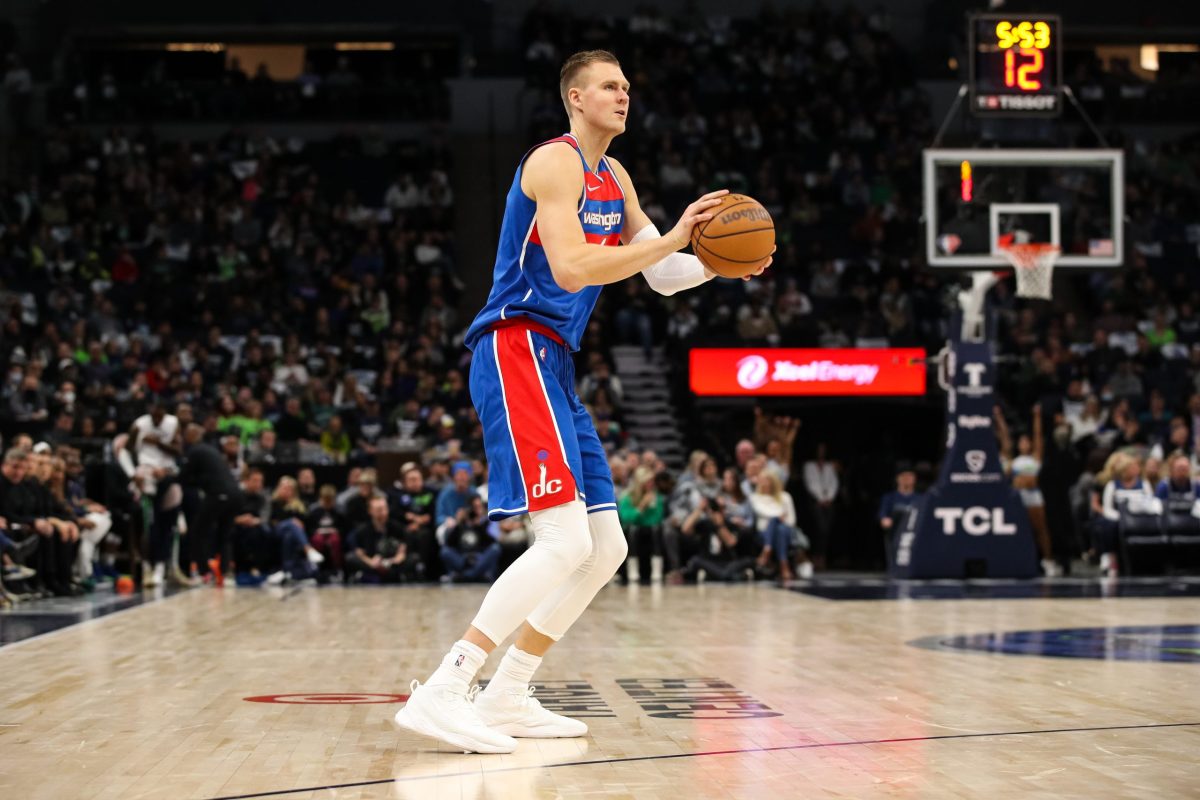 Washington Wizards big man Kristaps Porzingis is a player that has the talent necessary to be a superstar. However, since he entered the league back in 2015, he has struggled to stay on the court.

That fact doesn’t seem to have impacted his confidence, however, as the Latvian national recently expressed his belief that his best playing days are still ahead of him.

“I think I am about, I would say, 60 percent, 65 percent of my potential where I can be, so I still have a good way to go — that’s how I look at it,” Porzingis said. “For me, it’s going to be continuity. Health, continuity on the court, and I feel like that’s going to take me to the place where I want it to be.”

Considering Porzingis has been in the NBA since 2015, his statement could be seen as somewhat absurd. However, despite being in the NBA for the better part of a decade, Porzingis is still just 26 years old.

Given his relative youth, it is possible that he could improve going forward.

This season, Porzingis averaged 20.2 points, 8.1 rebounds and 2.3 assists per game while shooting 45.9 percent from the field and 31.0 percent from deep.

If Porzingis can use this offseason to strengthen his body and better protect it from injury, he’ll have a much better shot at proving to the league that he is still one of the most talented and unique big men in the NBA.

Only time will tell what next season has in store for Porzingis.