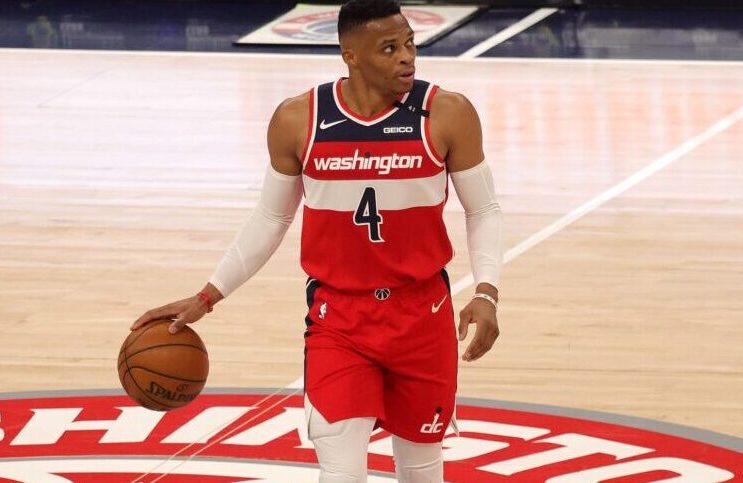 An Eastern Conference scout told Bleacher Report’s A. Sherrod Blakely that Washington Wizards point guard Russell Westbrook deserves to be in the MVP race this season.

“If you had to do a top-5 MVP race for the final month of the season, Russell Westbrook is in there,” the scout said. “Great scorers with him and Bradley Beal, underrated role players. The kid they got from Chicago, the Gafford kid [Daniel Gafford] has been a steal. And now they’re winning, they got confidence that they can beat anybody, anytime. Nobody wants that kind of smoke in a play-in game.”

The Wizards are now the No. 10 seed in the Eastern Conference and look to be one of the teams poised to make some noise in the league’s play-in tournament this postseason.

Westbrook has been on fire as of late, and he is averaging 23.2 points, 12.4 rebounds and 12.5 assists per game in the Wizards’ last 33 contests dating back to March 2.

Washington won 10 of its final 11 games in the month of April to propel it back into the playoff picture.

Westbrook’s play has been one of the keys, and he put up an absurd stat line (14 points, 21 rebounds, 24 assists) in the team’s most recent win over the Indiana Pacers.

Washington has a 3.5 game advantage over the Toronto Raptors for the final spot in the league’s play-in tournament, and Westbrook is a big reason that Washington could find itself back in the postseason for the first time since the 2017-18 season.