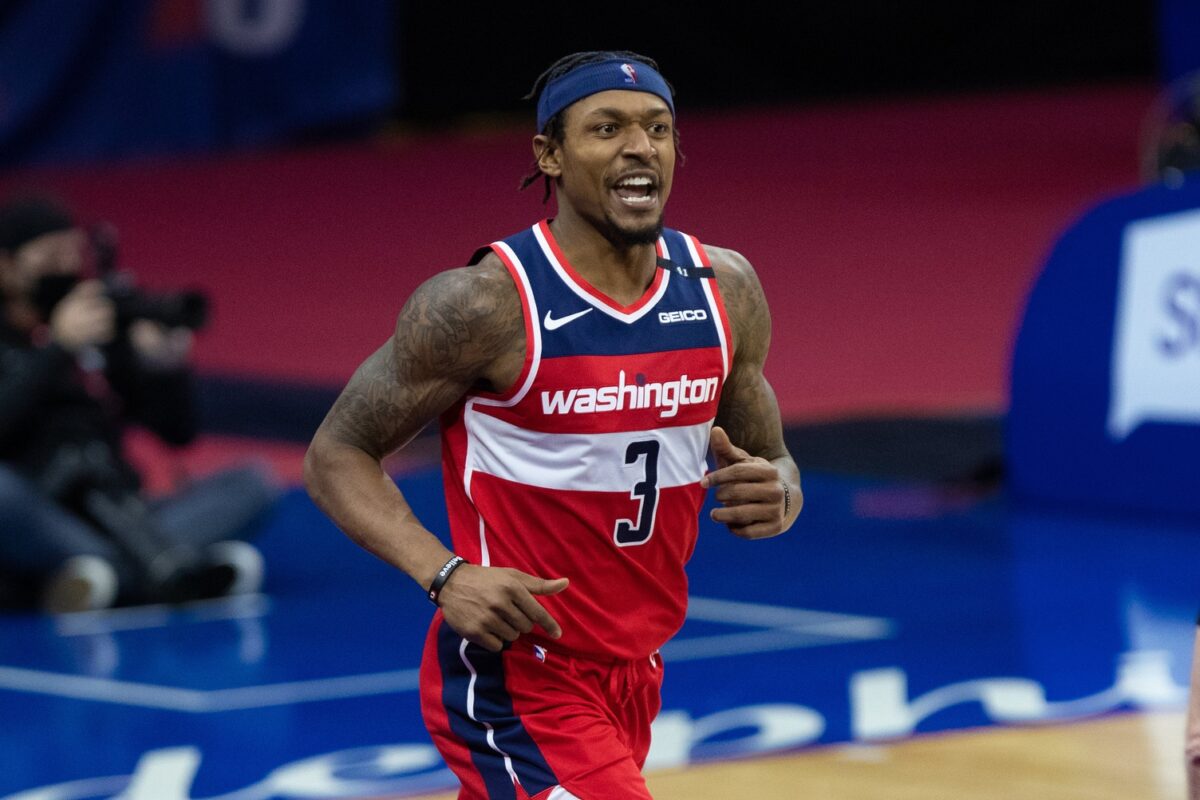 The Washington Wizards currently have the worst record in the NBA at 4-12 with seemingly no hope of turning things around this season.

That has led to trade speculation regarding star Bradley Beal. The guard is leading the league in scoring at 34.9 points per game.

Beal’s name has been mentioned in trade rumors for the last couple of years, but he has refused to give up on the Wizards.

Despite futility in Washington, the 27-year-old guard maintains that he doesn’t want to be traded.

“Beal has so far expressed he wants to remain in Washington and has not indicated he prefers to be traded, sources with knowledge of the situation tell The Athletic,” wrote Shams Charania and Fred Katz of The Athletic. “The Wizards, in turn, have no interest in trading him. Amid calls from the general public and even ones from around the league that a team at the bottom of the standings would be best off dealing its prized player, Washington has made it clear it has no plans to move him.”

Although Beal has been adamant about not wanting the Wizards to trade him elsewhere, the team may eventually come to the conclusion that it would be better for the franchise to make a move before the NBA trade deadline on March 25.

The Wizards aren’t going anywhere with the duo of Beal and Russell Westbrook.

Though the team currently has no plans to move its star, the Wizards might be better off shaking things up to begin a rebuilding process with a blockbuster trade. Only time will tell if such a trade will take place.