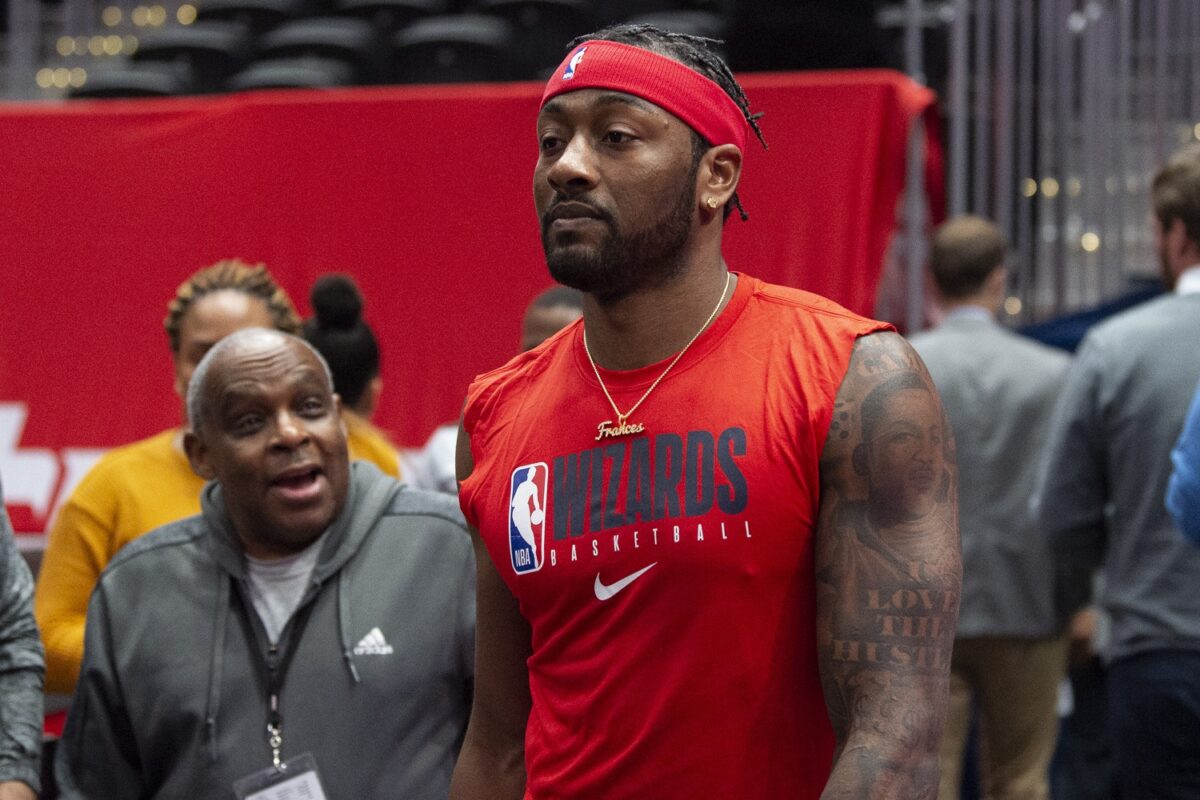 Washington Wizards star guard John Wall reportedly was “pissed” off with the Wizards after they dangled his name in trade talks.

Wall reportedly has requested a trade from Washington after the team had trade talks surrounding him and Houston Rockets guard Russell Westbrook.

As Rockets/Wizards talks on Russell Westbrook-for-John Wall stall, Wall has made it clear he wants trade out of Washington to happen, sources tell @TheAthleticNBA @Stadium.

According to The Athletic’s David Aldridge, Wall was not fond of hearing those rumors.

“It was no surprise Wall wanted out,” Aldridge wrote. “It just became public, with our Shams Charania’s reporting Friday night. What did people think; Wall came back to town this week full of ‘let’s go, team!’ after hearing that the Wizards were talking to Houston about moving him for Westbrook? No, he was pissed. Nor was he happy when he heard fairly unequivocally that the Wizards were now Beal’s team. (Look, pro athletes are physical gods, but many — hell, most — are as insecure emotionally as you and me).”

Wall missed all of last season as he recovered from an Achilles injury.

The former No. 1 overall pick is looking to have a bounce-back year during the 2020-21 campaign, but it looks like it won’t come in Washington if Wall has his way.