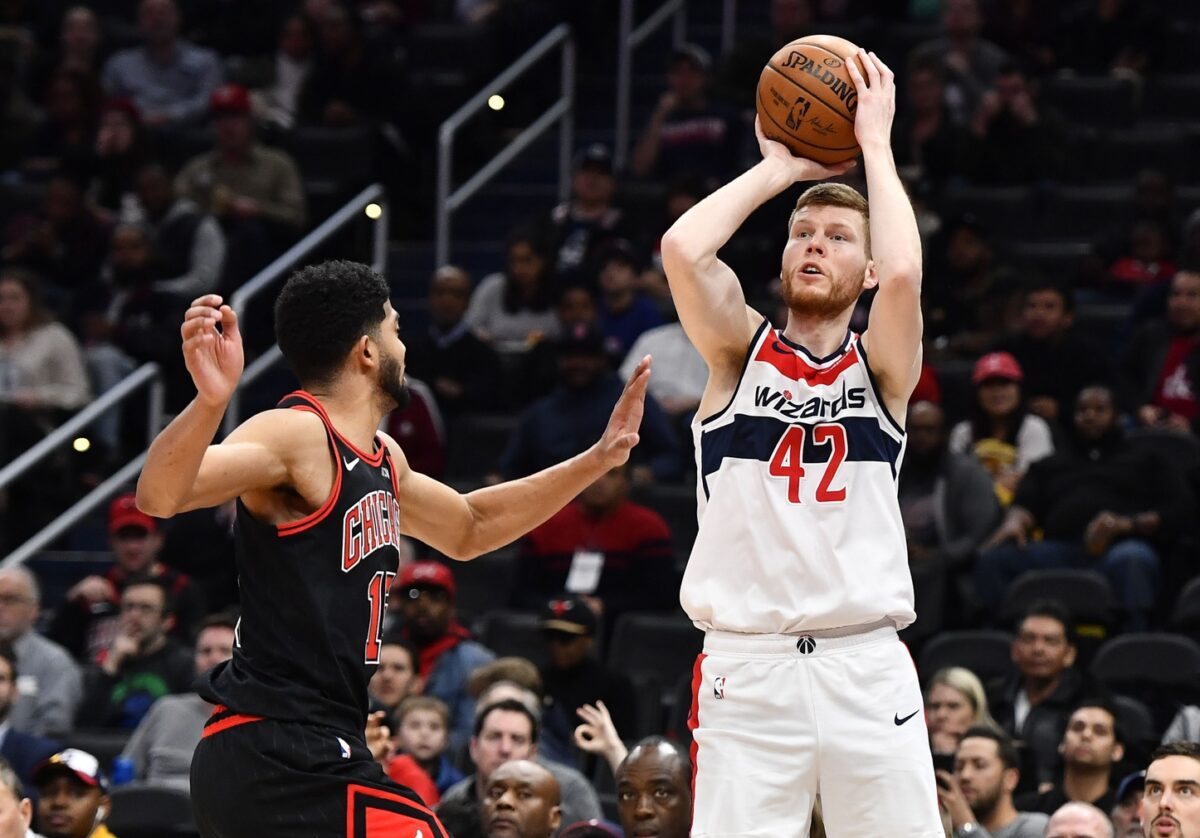 The free agency class this offseason is not particularly strong, but there are a lot of key players who could be on the move by way of trades.

One such player is Washington Wizards forward Davis Bertans. Bertans is already scheduled to become a free agent this offseason, but many expect him to move teams via a sign-and-trade deal.

“Multiple teams without the cap room to sign Bertans are preparing to make sign-and-trade offers in free agency, NBC Sports Washington has learned,” Chase Hughes reported. “That is in addition to the teams that have the cap room to fit his salary without a trade.

“The teams were not specified, though one source said there are two Eastern Conference teams and one from the West who are interested in sign-and-trade scenarios involving Bertans. That is along with at least three teams – the [Atlanta] Hawks, [New York] Knicks and [Phoenix] Suns included – expected to target Bertans early in free agency using their cap room, as NBC Sports Washington previously reported.”

Bertans had a major breakout season last year, averaging 15.4 points, 4.5 rebounds and 1.7 assists per game. Each marked the best numbers of his career.

Bertans is seen as a forward who can stretch the court thanks to his 42.4 percent shooting percentage beyond the arc from last season. Surely, any team that has him on its roster next season will benefit from his contributions.

With the 2020 NBA Draft just over a week away, it will be fascinating to see how trade rumors continue to progress.

Whether or not Bertans ends up on another team for the 2020-21 season remains to be seen.