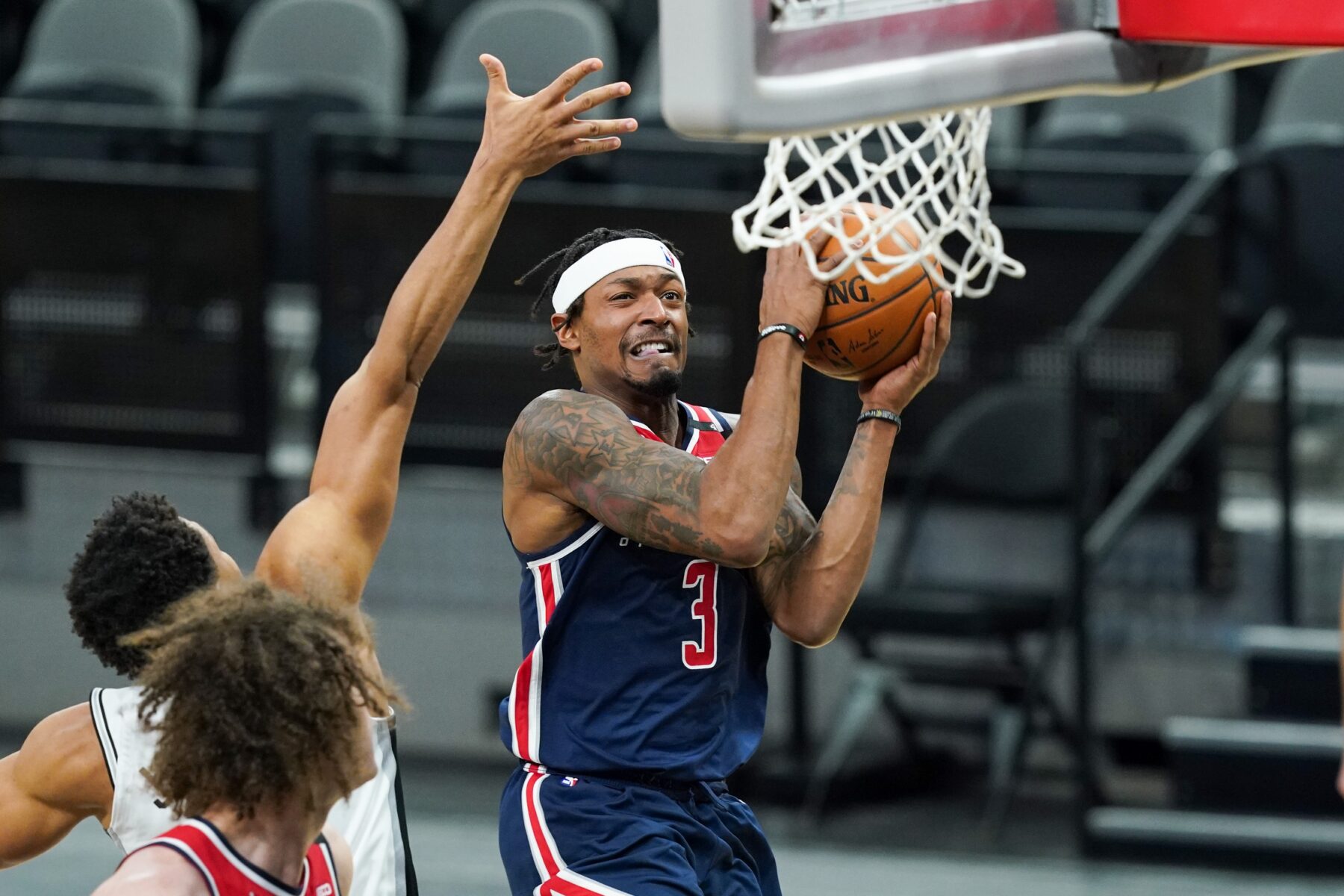 People around the NBA are definitely interested in if the Washington Wizards will begin fielding trade offers for star Bradley Beal.

However, the organization reportedly believes Beal is happier with it this season than last year.

“I talked to people with the Wizards and they’re all like, ‘Brad’s been great this year,'” Fred Katz of The Athletic said. “‘He seems even happier than they did last year.’”

Beal, 27, is having one of the best seasons of his career.

The sharpshooter is collecting a career-high 34.9 points and 5.1 boards per game this season. He’s leading the entire league in scoring per contest.

Yet, the Wizards have the worst record in the NBA at 4-12. They’ve been swarmed with injuries and coronavirus protocols this season.

However, the Wizards turned the page on Sunday with an impressive win over the star-studded Brooklyn Nets.

In fact, Beal put up 37 points, six rebounds and four assists, while Russell Westbrook gathered a monster 41 points, 10 rebounds and eight assists in the 149-146 victory.