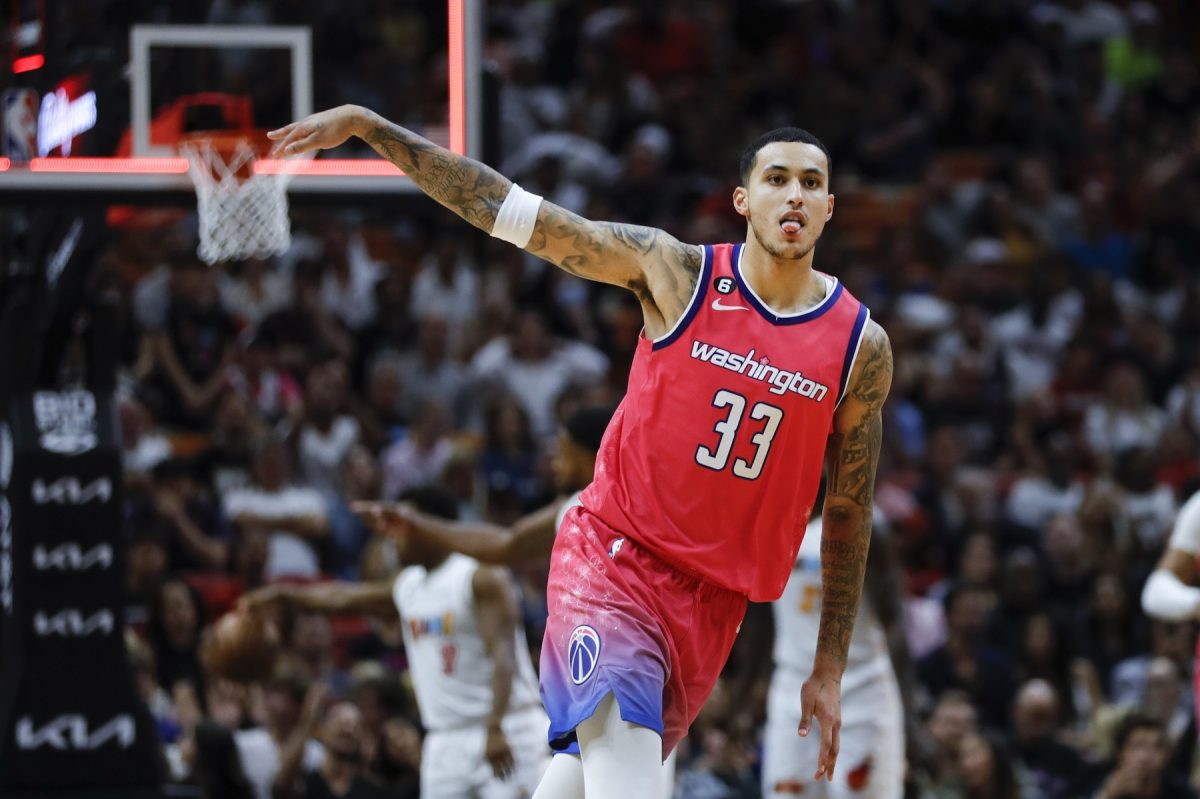 Washington Wizards forward Kyle Kuzma is in the midst of one of his best seasons in the NBA.

NBA insider Brian Windhorst has been talking with some executives who claim that there are several teams planning to try to acquire Kuzma.

Despite the apparent league-wide interest in acquiring Kuzma, Windhorst himself expressed a lot of doubt about the Wizards’ desire to actually part ways with him.

“Kyle Kuzma has been red-hot,” Windhorst said. “And I’ve heard some rumors, and I’ve talked to some executives about some teams saying, ‘Yeah, they’re trying to get Kuzma out of Washington. Various teams are trying to trade for Kuzma.’ I’m like, ‘Why? Why would Washington trade him?’ Kuzma is on a great contract, and he’s producing at a very high level. Now look, he kind of ebbs and flows, but we know he’s got the ability to defend. He doesn’t always do it, but we know he’s got the ability to do it.”

The 27-year-old is currently playing in his second season with the Wizards after suiting up for the Los Angeles Lakers during his first four years in the league. He was part of the trade package that brought Russell Westbrook to Los Angeles in the 2021 offseason.

In his first campaign in Washington, Kuzma displayed why he was once considered a top prospect during his earlier years in the league. He put up 17.1 points, 8.5 rebounds and 3.5 assists per contest in the 2021-22 season.

This campaign, the 6-foot-9 forward has raised his scoring average to a career-high 20.4 points per game. He has also been his most efficient from the field, with a shooting percentage of 46.4 percent. Notably, his 3-point shooting has been subpar, as he is converting just 31.3 percent of his shots from beyond the arc.

The interest from other franchises that Windhorst reported on likely stems from Kuzma’s recent performances. In his past five matches, the University of Utah product has averaged 26.6 points, 8.0 rebounds and 5.0 assists per game. His production has shown that he can possibly make an impact for a few contenders.

However, the Wizards might prefer to hold onto Kuzma because he provides Washington with a reliable third scoring option behind Bradley Beal and Kristaps Porzingis. Additionally, the Wizards currently have a record of 11-10, which puts them right in the thick of the playoff race in the Eastern Conference.

If the team slips in the standings, then the front office could change its tune and decide to embark on a rebuild by flipping Kuzma and other veterans for younger players or draft capital.