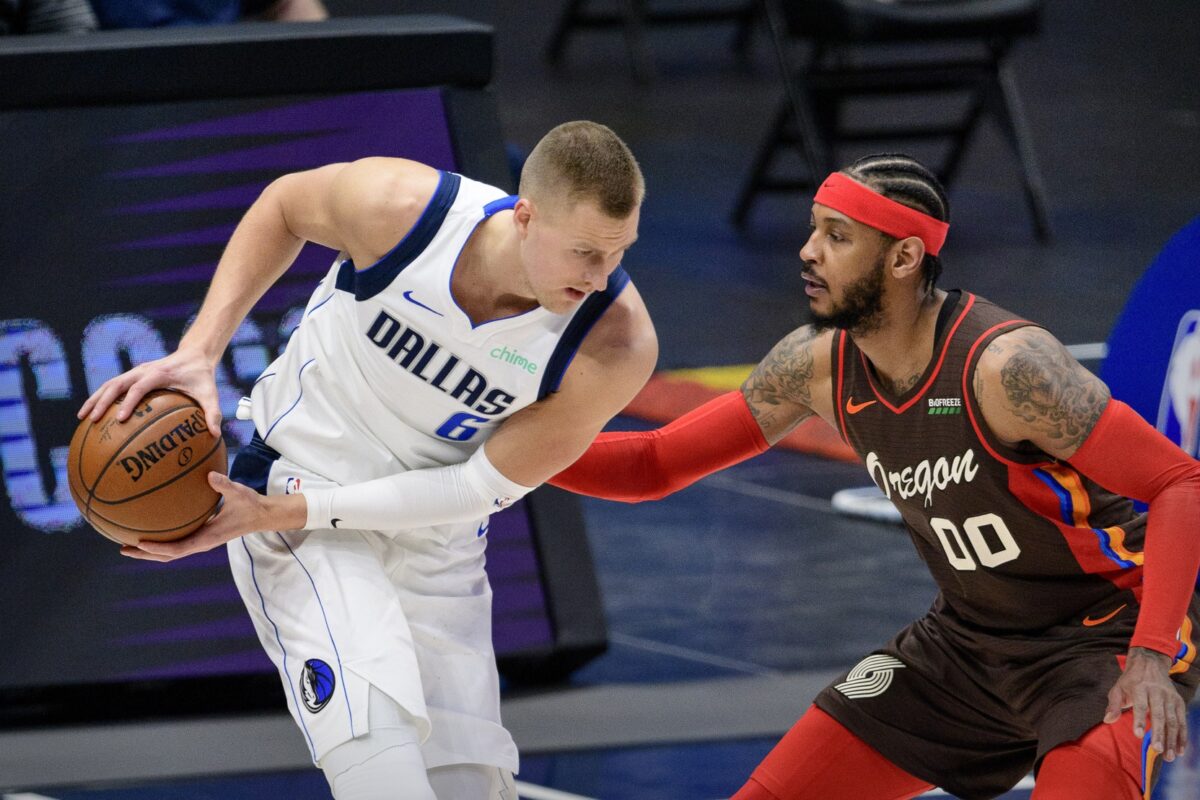 Big man Kristaps Porzingis has been having a nice season for the Dallas Mavericks, but it’s not a lock that he’ll end the season with them.

“There were reports of the Mavericks making Kristaps Porzingis available earlier in the week and while Mark Cuban shot those down, teams around the league are keeping an eye on the situation,” wrote Chris Crouse of FortyEight Minutes.

If Porzingis does become available, the Washington Wizards seem to have interest in him.

“The Wizards are among the teams monitoring the Porzingis’ status with the Mavericks, a source tells FortyEightMinutes.com,” wrote Crouse. “Washington would have interest in the 7’3″ big man as a potential third star alongside Russell Westbrook and Bradley Beal.”

The Latvian native is averaging 20.5 points and 8.2 rebounds a game this season, however, the Mavs have a disappointing 15-15 record.

The Wizards, meanwhile, just ended a five-game winning streak. Although they have a poor 11-18 record on the season, they may have a real shot at making the playoffs by virtue of reaching the NBA’s play-in tournament.

After all, they do have one of pro basketball’s very best and deadliest backcourts.

The league’s trade deadline is on March 25.