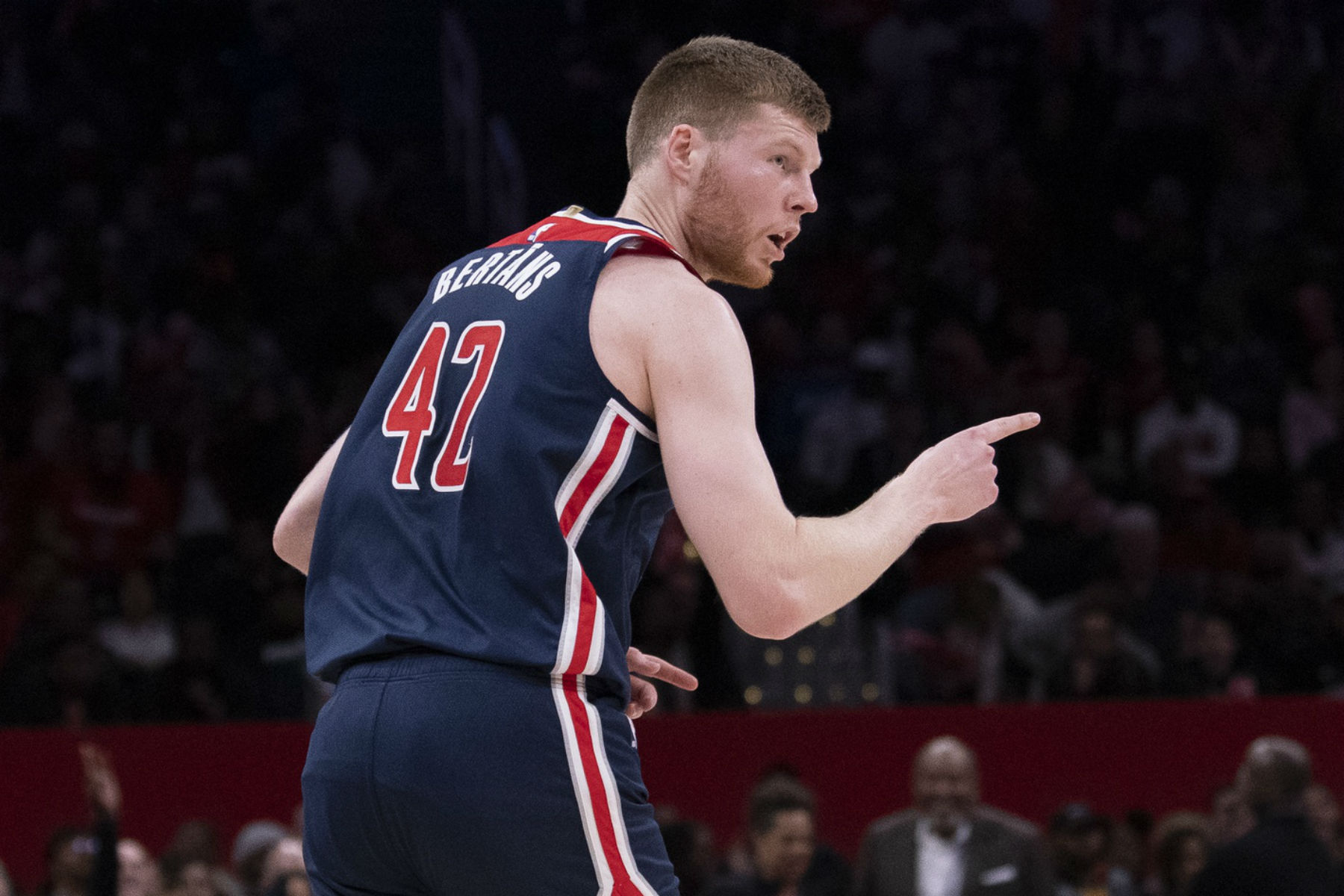 Washington Wizards rising star Davis Bertans reportedly will sit out the conclusion of the 2019-20 season.

Reporting with @TimBontemps: Washington Wizards F Davis Bertans has decided to sit out the Orlando restart, sources tell ESPN. Bertans is entering free agency off of his most productive NBA season – with two ACL injuries in his past.

Sitting out is preventive measure, which Wizards fully support. Franchise is treating Bertans as a top offseason priority in free agency. Bertans — 16 PPG, 42 percent on 3's — still expected to participate in pre-Orlando training with team. https://t.co/vjIrWXu8wk

Bertans, 27, had a breakout campaign this season.

The forward put up career-highs across the board with 15.4 points, 4.5 boards and 1.7 assists per game this season. In addition, he knocked down 200 triples in 54 games this year.

The Wizards hold the No.9 spot in the Eastern Conference standings. Since the Wizards are 5.5 games behind the Orlando Magic for the final playoff slot with just eight regular season games left, they are highly unlikely to make the postseason.

Now, with Bertans’ decision to sit out, it appears even more improbable for the Wizards to squeeze in. After all, Bertans is Washington’s second-leading scorer behind star Bradley Beal this season.

Although the journeyman won’t play in Orlando, Fla., he is bound to earn a large contract in free agency this coming offseason.