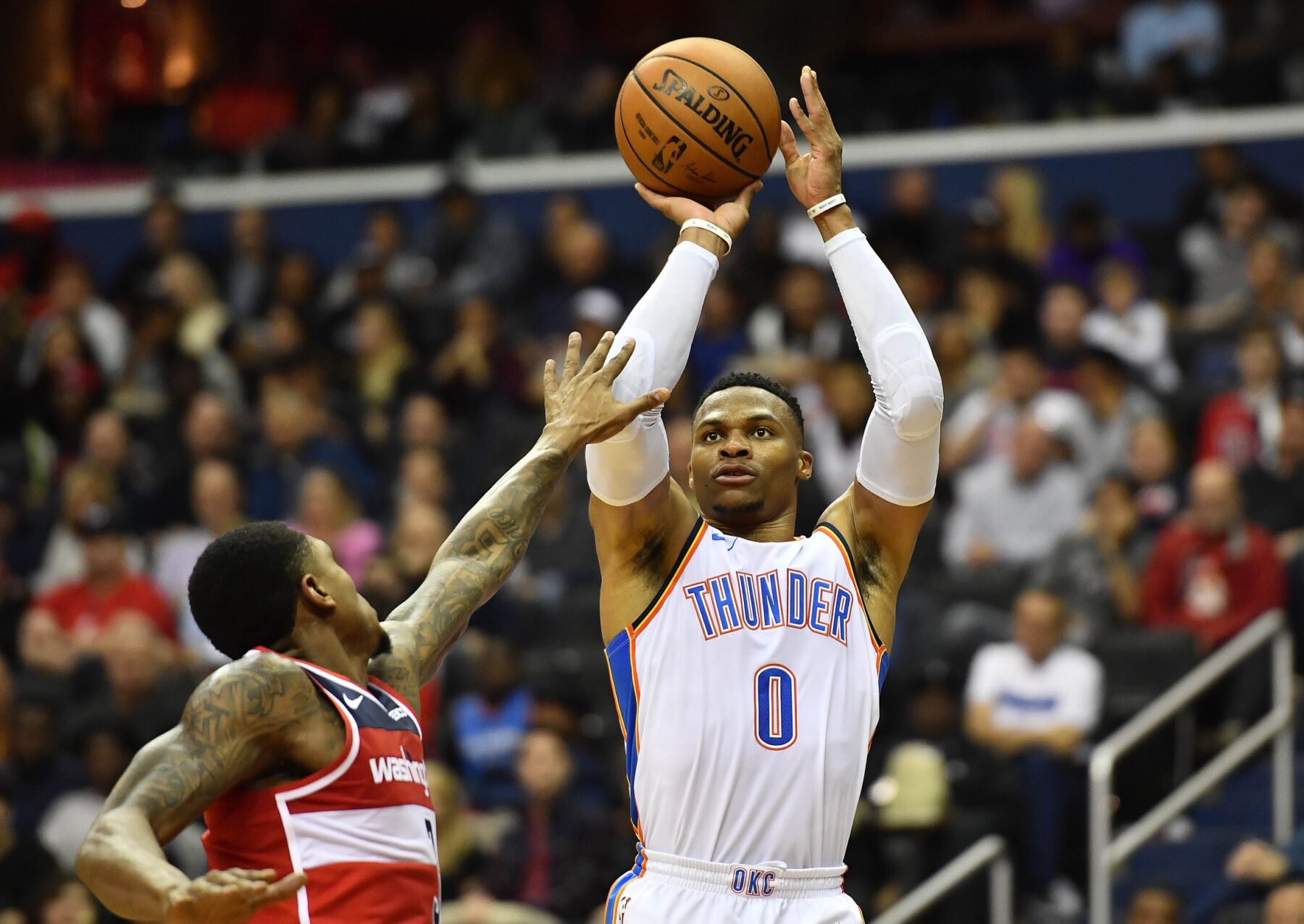 The Washington Wizards made a huge splash in the offseason by acquiring superstar Russell Westbrook from the Houston Rockets.

According to Michael Scotto of Hoopshype.com, the Wizards believe Westbrook’s arrival will catapult them into the playoff picture.

“From what I’ve heard within their organization, they think they can be a playoff team certainly with the Russell Westbrook trade and maybe even go higher than that somewhere around the sixth (seed) range in the East,” Scotto said.

The Wizards obtained Westbrook from Houston in exchange for point guard John Wall and a 2023 first-round pick.

Westbrook, 32, reportedly wanted to be in Washington and play alongside sharpshooter Bradley Beal. In addition, Westbrook wanted to be seen as a team leader again.

Of course, the Wizards haven’t been to the postseason since 2018.

Fuerthermore, Beal is one of the best scorers in the NBA. He put up a career-high 30.5 points and 6.1 assists per contest last season.