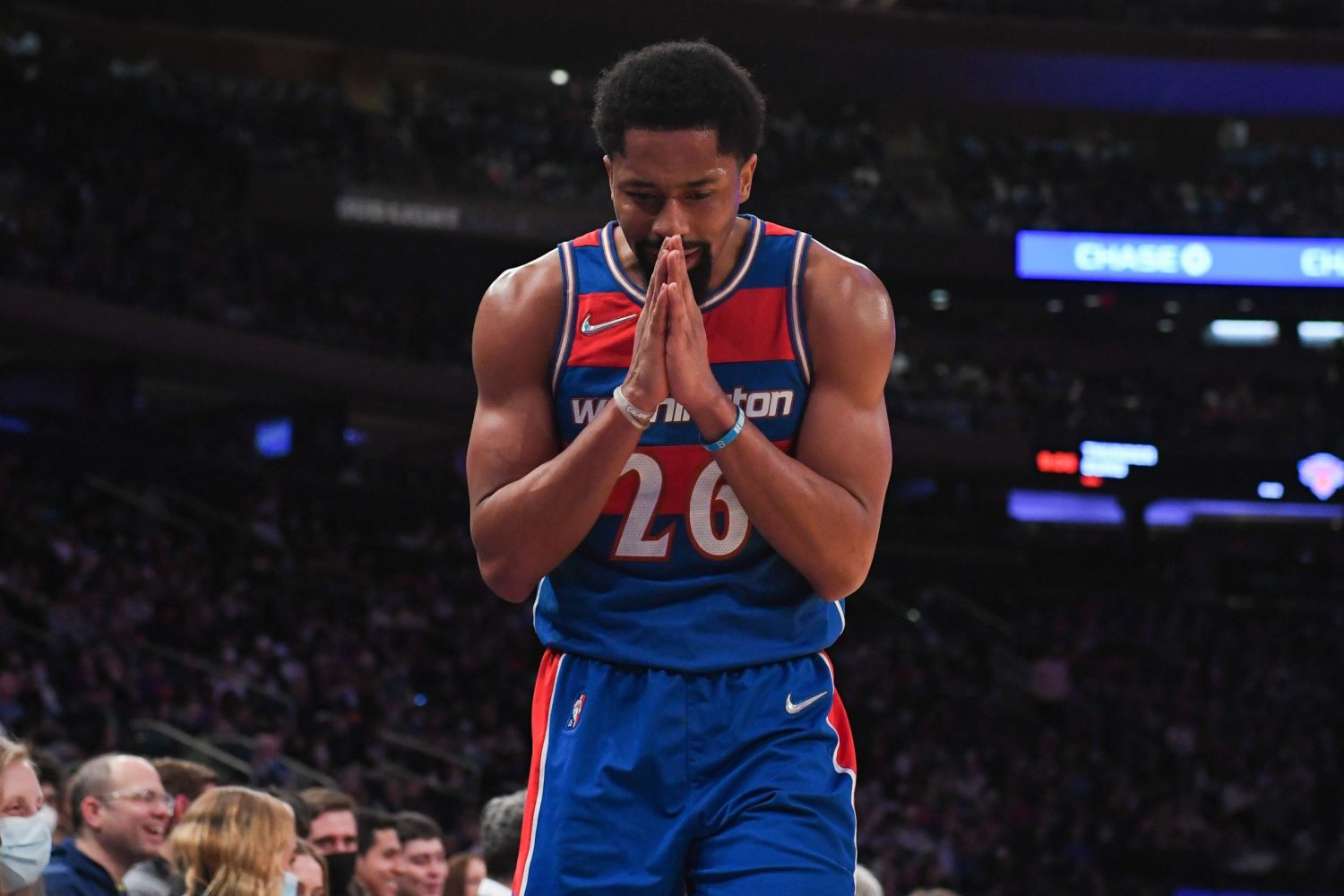 The Washington Wizards retooled their entire roster this past offseason, and early in the season, things seemed to be working incredibly well. They won 10 of their first 13 games and looked to be the surprise story of the NBA.

That success did not last long, however, and they are now sinking further down the Eastern Conference standings with each passing day. Right now, they stand at the No. 12 seed with an overall record of 23-27.

On top of that, it looks like two of the team’s guards, Bradley Beal and Spencer Dinwiddie, are not seeing eye to eye. An anonymous executive said as much when speaking with David Aldridge and Josh Robbins of The Athletic.

“I did hear they could look to move Spencer if someone would take him,” the anonymous executive said. “… Just hearing he and Beal do not get along, so something has to give. Spencer has not played great, so not sure who would want him.”

Beal is, of course, one of the best guards in the NBA. As for Dinwiddie, Wizards fans had high hopes for the guard, but he has not had as positive an impact as many hoped he would. So far this season, Dinwiddie is averaging 13.0 points, 5.8 assists and 4.6 rebounds per game. They’re solid numbers, but they only tell half of the story.

The veteran guard is shooting just 38.3 percent from the field and 31.4 percent from beyond the arc this season. Those percentages have dramatically reduced the positive impact he has been able to have on his new squad.

So, with the trade deadline fast approaching, it looks like the Wizards may be looking to retool once again. Whether or not they can actually move any pieces around remains to be seen.