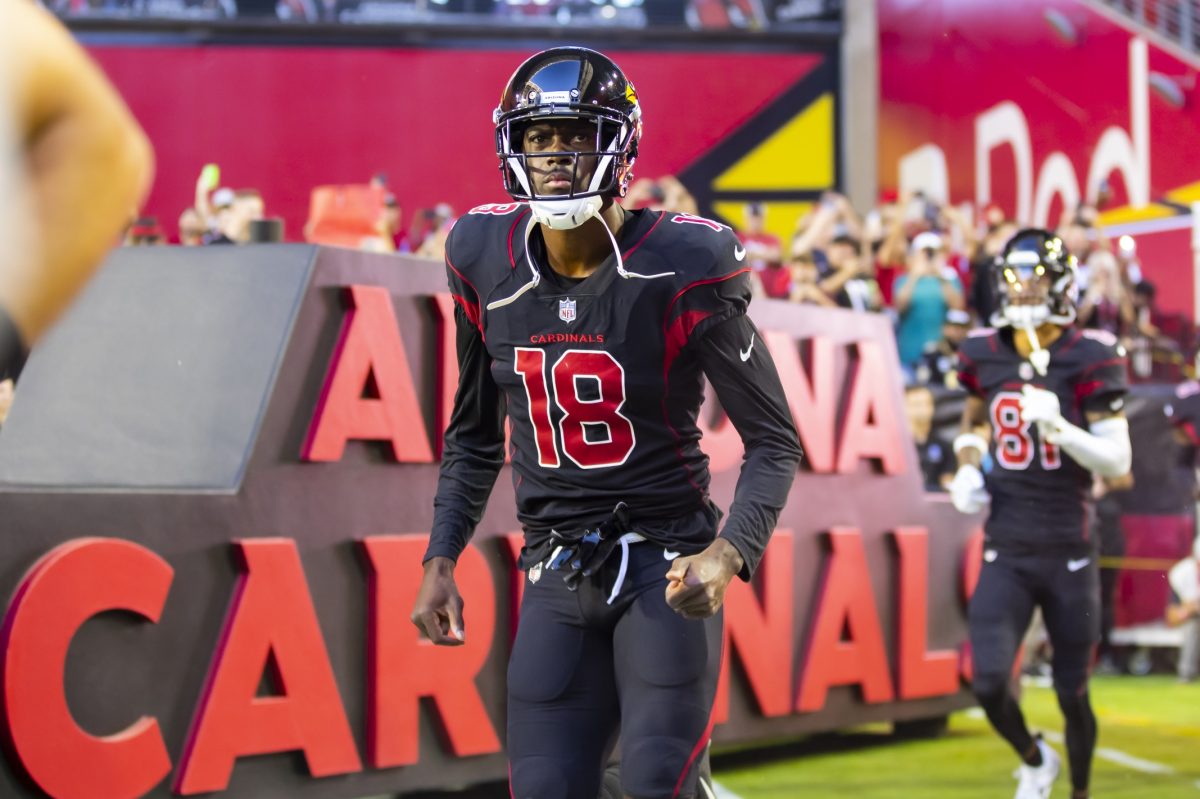 There was a frenzy of action prior to the NFL’s trade deadline on Tuesday, and a lot of notable players were moved to new homes. That was not the case for Arizona Cardinals receiver A.J. Green, despite the fact that he was reportedly made available by the team.

“I was hearing from teams that the Arizona Cardinals made A.J. Green available, and he could be the odd man out in that offense,” ESPN insider Jeremy Fowler wrote.

Green has been a member of the Cardinals since 2021, and while his first season with the team was solid, the 2022 campaign has seen a massive dip in his production.

Last season, the former superstar caught 54 balls for 848 yards and three touchdowns. The numbers pale in comparison to those from earlier in his career, but they’re still solid.

In his career, Green has caught 713 passes for 10,334 yards and 68 scores. He was at one time considered amongst the best receivers in the league.

At 34 years old, it’s clear that the seven-time Pro Bowler is no longer the player that he once was.

Who Could Have Used Him?

Still, it is surprising that he wasn’t moved, as multiple teams are in need of receivers. The veteran would have likely been a welcome addition for Aaron Rodgers on the Green Bay Packers.

It’s a well-known secret that Rodgers has been upset about the lack of talent and veteran knowledge in his receiver corps. Green would have been a fantastic addition to that group.

Rodgers has also been known to be able to extend the careers of veteran receivers, something that would have offered Green a great chance to resurrect his career.

So far this season, Marquise Brown has been the Cardinals’ leading receiver from a statistical standpoint. He’s caught 43 balls for 485 yards and three scores.

However, the return of DeAndre Hopkins from suspension has made it clear that Brown’s production was a bit inflated by Hopkins’ absence.

In just two games, Hopkins has recorded 22 catches for 262 yards and one score. He will likely finish the season as the team’s leading receiver.

On the season, the Cardinals are just 3-5 and sit at the very bottom of the highly competitive NFC West. If they want to have any chance of making the playoffs, they’re going to have to turn things around soon.

They’ll get a good chance to do just that this weekend, as they take on the division leading Seattle Seahawks at home on Sunday.