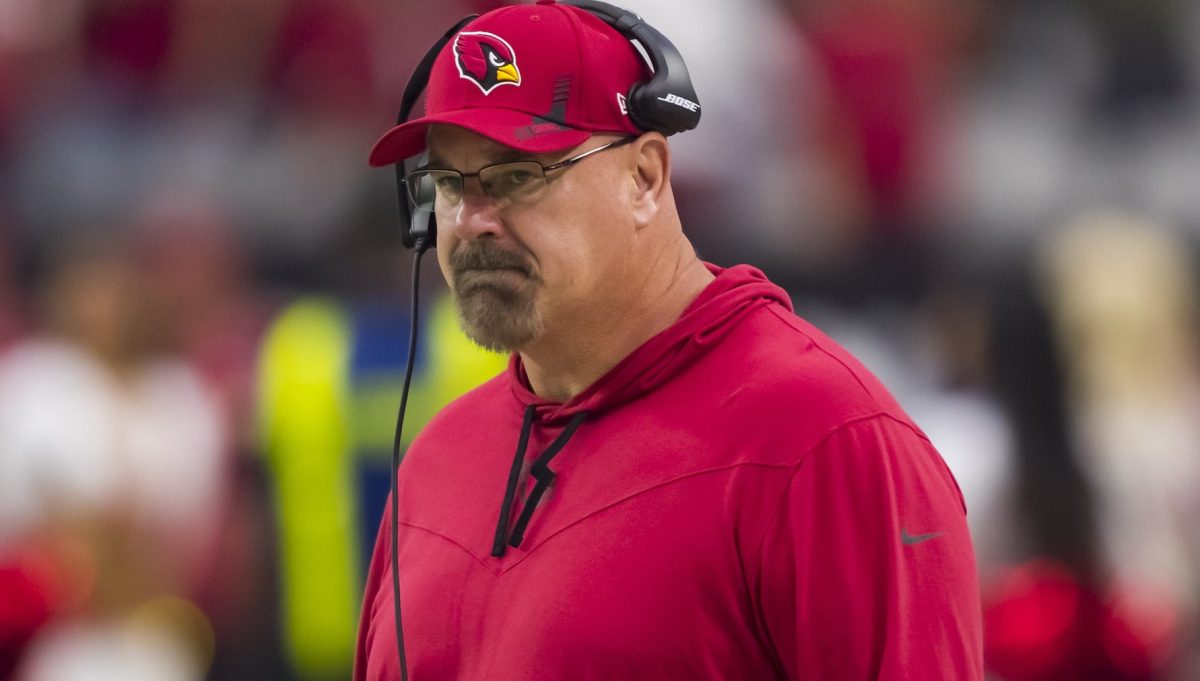 Arizona Cardinals assistant coach Sean Kugler was fired by the team during its trip to Mexico City to play the San Francisco 49ers in Week 11.

Kugler reportedly was fired for groping a woman while the team was in Mexico City.

“Mexican authorities were notified of the incident, which happened Sunday night, and then informed the Cardinals, who terminated Kugler and sent him back to Arizona on a flight Monday morning. The Cardinals had arrived in Mexico City on Saturday.”

This is the second time this season that a Cardinals assistant coach has been accused of assaulting a female this season, as former running backs coach James Saxon resigned earlier this season after his arrest for assaulting a woman became public.

Kugler has been with a few NFL teams in his coaching career and was also the head football coach at the University of Texas at El Paso from 2013 to 2017. He spent time as an assistant with the Detroit Lions, Buffalo Bills, Pittsburgh Steelers and Denver Broncos.

Kugler joined Kingsbury’s staff in 2019 and has been a part of some success with the team under quarterback Kyler Murray.

It’s good to see that the Cardinals acted swiftly in terminating Kugler, as his actions should not be tolerated under any circumstance. The Cardinals and head coach Kliff Kingsbury have not announced a replacement for Kugler yet as the team transitions to Week 12.

Arizona was blown out by the 49ers in Mexico City, losing 38-10 to fall to just 4-7 in the 2022 season. After making the playoffs last season, Arizona is on the outside looking in for a playoff spot in the 2022 campaign.

Despite the problems in the coaching ranks, the Cardinals will attempt to turn their focus to their Week 12 matchup with the Los Angeles Chargers. The Chargers are coming off a tough loss to the Kansas City Chiefs in Week 11 on Sunday Night Football.

The Cardinals are hoping to have Murray back in the lineup for this game, as he’s missed the team’s last two contests with a hamstring injury. Colt McCoy has led the team to a 1-1 record over that stretch, but he struggled mightily in Week 11 against San Francisco.

With both of these teams fighting for their playoff lives, fans can expect a solid game in Week 12.