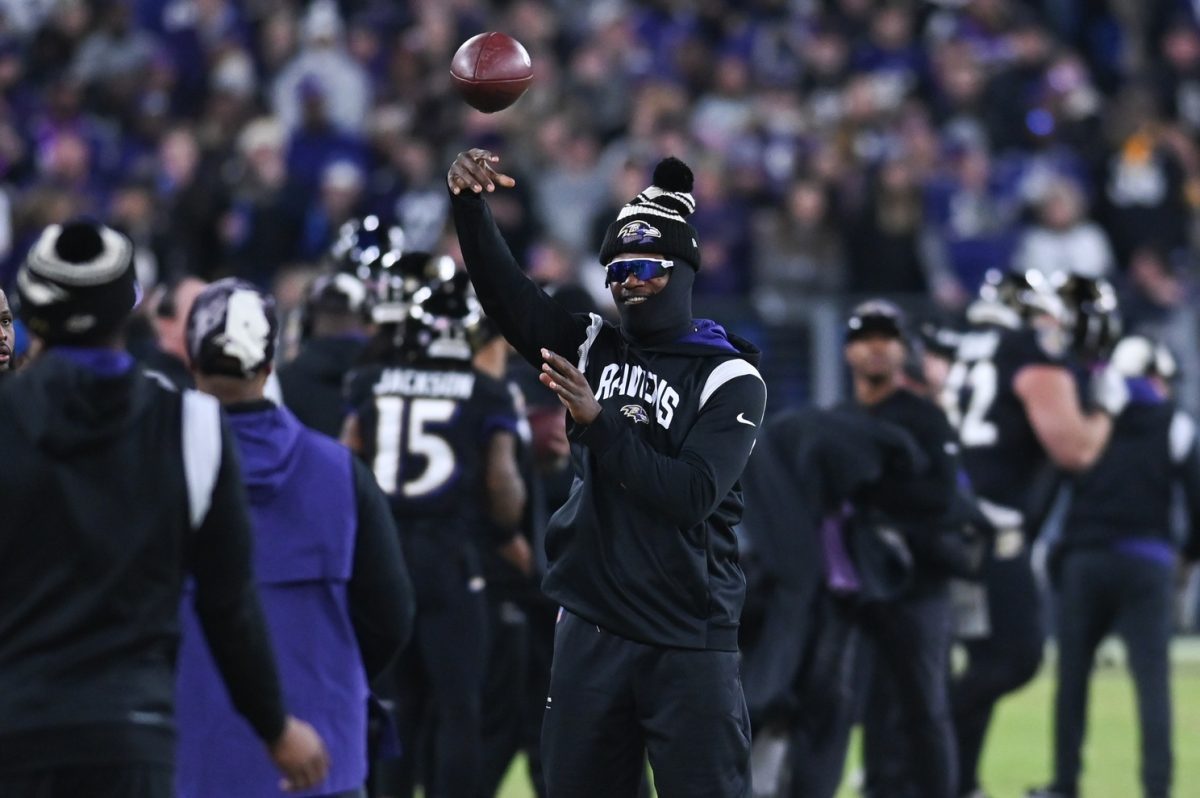 Lamar Jackson and the Baltimore Ravens did well to reach the playoffs this season, finishing the regular season with a 10-7 record and the No. 6 seed in the AFC.

However, Baltimore has a major problem because its quarterback might not be able to suit up for its wild-card game versus the Cincinnati Bengals. According to NFL insider Ian Rapoport, it seems unlikely that Jackson will recover in time for the Sunday night matchup.

From @GMFB: #Ravens QB Lamar Jackson (PCL) faces an uphill battle to play vs. the #Bengals in their Wild Card game, per me and @MikeGarafolo. More uncertainty. … Meanwhile, Baltimore paid LB Roquan Smith on a 5-year, $100M deal. pic.twitter.com/85Nbo8AefH

“Not looking good for Lamar Jackson,” Rapoport said. “Which is a bit of a surprise if you look back. Dec. 4 was the last time he played, battling a PCL sprain. There were so many people involved who thought if Lamar is not going to play in the regular season, he will surely be ready in the playoffs. However, from my understanding this is something sources have said over the course of the past 24 hours is that Lamar Jackson faces an uphill battle to be able to get out on the field in the playoffs against the Cincinnati Bengals.”

The 2019 NFL MVP is reportedly doing his best to rehab his injured knee. But, according to Rapoport, something is “just not quite right” with the knee.

“He is working, he is trying, he is rehabbing,” Rapoport continued. “The knee is just not quite right. Now, this has been shrouded in some secrecy, so there’s always a chance.”

Of course, there is also the possibility that the Ravens are keeping their plans close to their chest. However, Jackson still hasn’t practiced with the team since sustaining the injury in their Week 13 tiff against the Denver Broncos. He’s reportedly tried to do some work on the knee, but things are just a bit off.

Lamar Jackson has tried to do some work on his injured knee but hasn’t felt right to this point. He’s yet to practice at all since getting hurt, as the #Ravens begin their practice week for the #Bengals today. https://t.co/0UDzgCz7Dc

If Baltimore goes to battle without its star, its odds of upsetting the Bengals won’t get a boost. The Ravens’ offense without Jackson has been awful this season.

Over its last six games, the squad has produced just 12.5 points per game. In contrast, Baltimore failed to reach the 20-point mark just twice in the 11 matches it played before the two-time Pro Bowler got injured.

With Jackson injured, Baltimore might have to turn to Tyler Huntley or Anthony Brown on Sunday. The signal-caller from the University of Oregon has played in just two professional games, totaling 22 completed passes for 302 yards and two interceptions.

It seems like the Ravens might see an early end to their 2022 season unless they are able to pull off an upset against Cincinnati. Their quest for a third championship might have to wait for at least one more year.