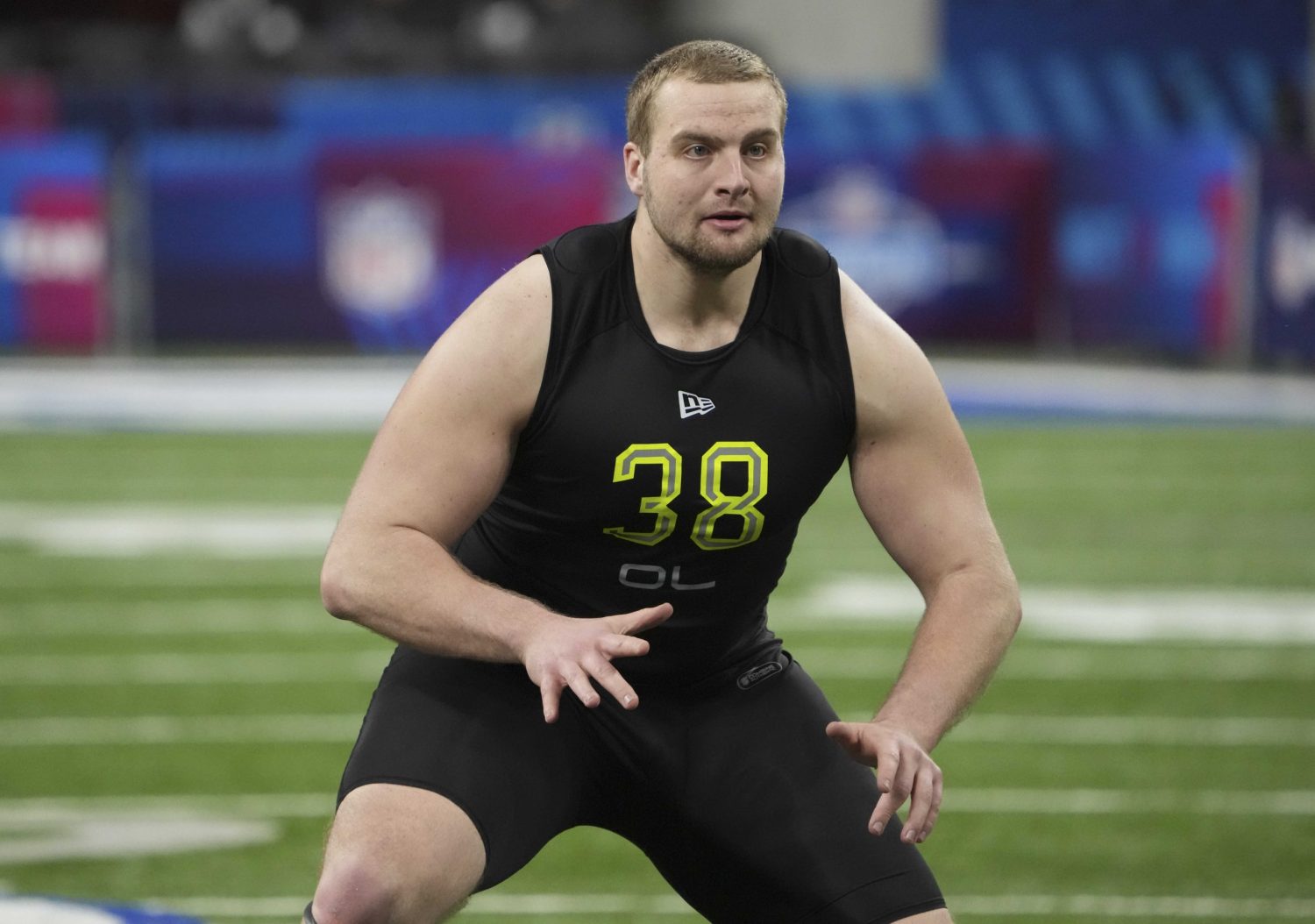 The 2022 NFL Draft is now right around the corner, and because of that, the rumors that are swirling around the league at present seem to carry a bit more weight.

“The Ravens (who draft 14th overall), the Carolina Panthers (in a trade-back scenario moving back from their current No. 6 overall selection), the Titans, and even the Kansas City Chiefs (should they trade up) were all referenced as potential destinations for Penning, according to sources,” Aaron Wilson of Pro Football Network reported.

Penning is a tantalizing, yet somewhat risky prospect in this year’s draft class. At 6-foot-7 and 325 pounds, he absolutely has the physical size to dominate at the NFL level. Moreover, he ran a 4.89 40-yard dash, proving that he has incredible quickness for a player of his size.

He also dominated in college. However, it’s who he played against in college that raises the most questions. Penning attended the University of Northern Iowa, a school that is in the Football Championship Subdivision, the second-highest level of college football in the United States.

Simply put, it means Penning was not going against the best of the best at the college level. For that reason, it is somewhat difficult to predict how he will make the jump from the FCS level to the pros.

Still, it seems clear that despite his FCS roots, Penning has a lot of fans in the NFL. Surely, some teams are hoping that his physical skills will make him one of the top young linemen in the league.

By the time the draft rolls around, don’t be surprised if any of the aforementioned teams end up taking a swing on the talented youngster.