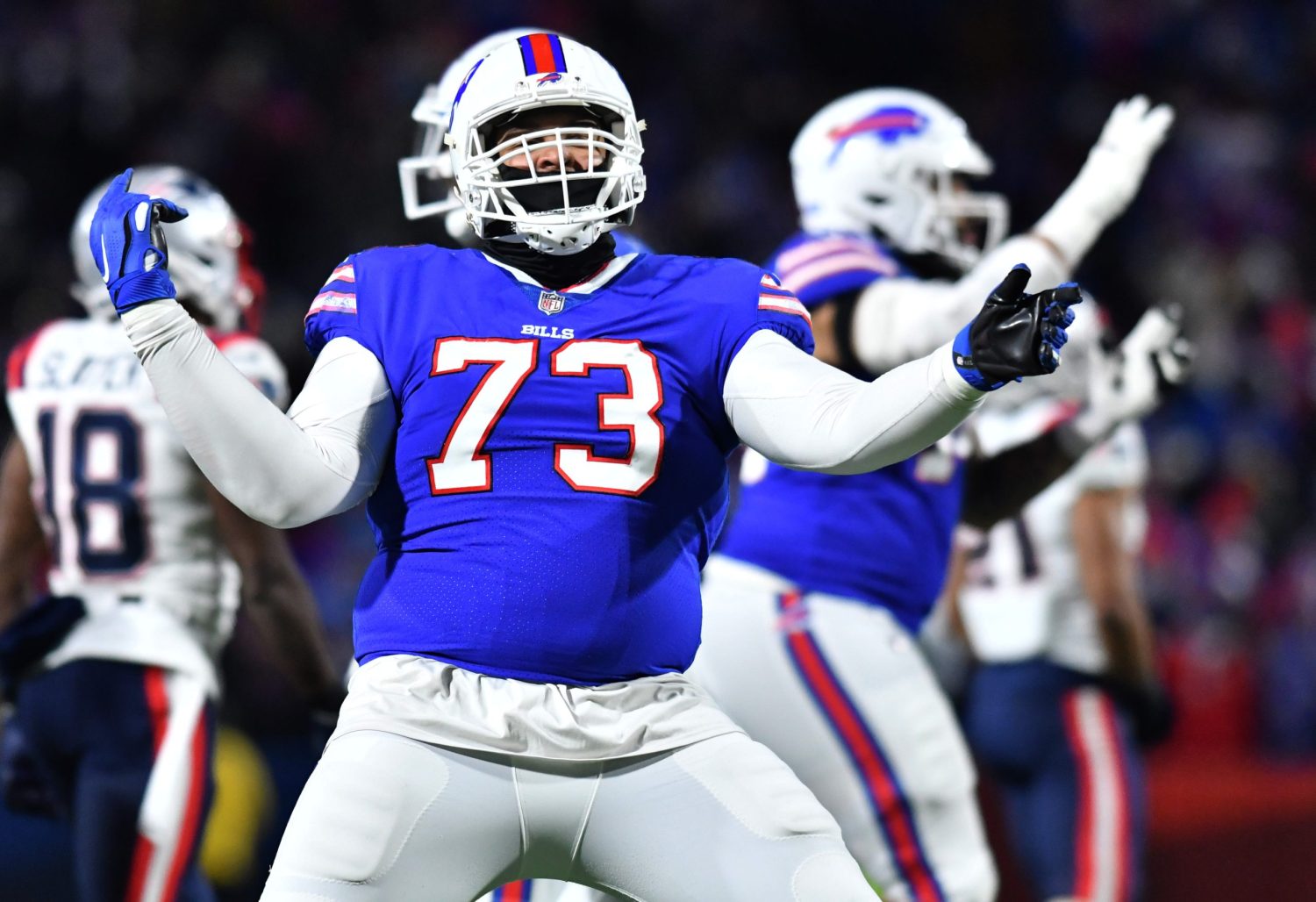 The Buffalo Bills are feeling confident after their thorough dismantling of the New England Patriots in the wild-card round of the playoffs.

As the Bills prepare to take on the Kansas City Chiefs, offensive lineman Dion Dawkins had a harsh message for the doubters of the team’s offensive line.

"No disrespect, but F everybody."

The Bills entered the season with the reputation of serious Super Bowl contenders. They looked the part in the first month of the 2021 season, winning four of their first five games. They hit a rough patch after that, however, and lost five of their next eight games. It was at that time that many people started to question the legitimacy of the team’s Super Bowl aspirations.

The Bills managed to turn things around, though. They went on to finish the regular season on a four-game win streak. Now, it is clear that the team is feeling good as it moves one step closer to its ultimate goal.

The Bills dominated the Patriots in the wild-card round, winning the game 47-17. However, that was not the most impressive thing about that win.

The most impressive thing was that the Bills achieved a major milestone in the Josh Allen era. For the first time in the young passer’s career, he managed to play four straight games without taking a sack. That’s a testament to just how dominant Dawkins and the rest of the team’s offensive line has been in recent weeks.

Surely, the Bills will look to keep that streak alive against the defending AFC champs. Buffalo’s offense is going to have to be on point if it wants to overcome the Chiefs on Sunday.