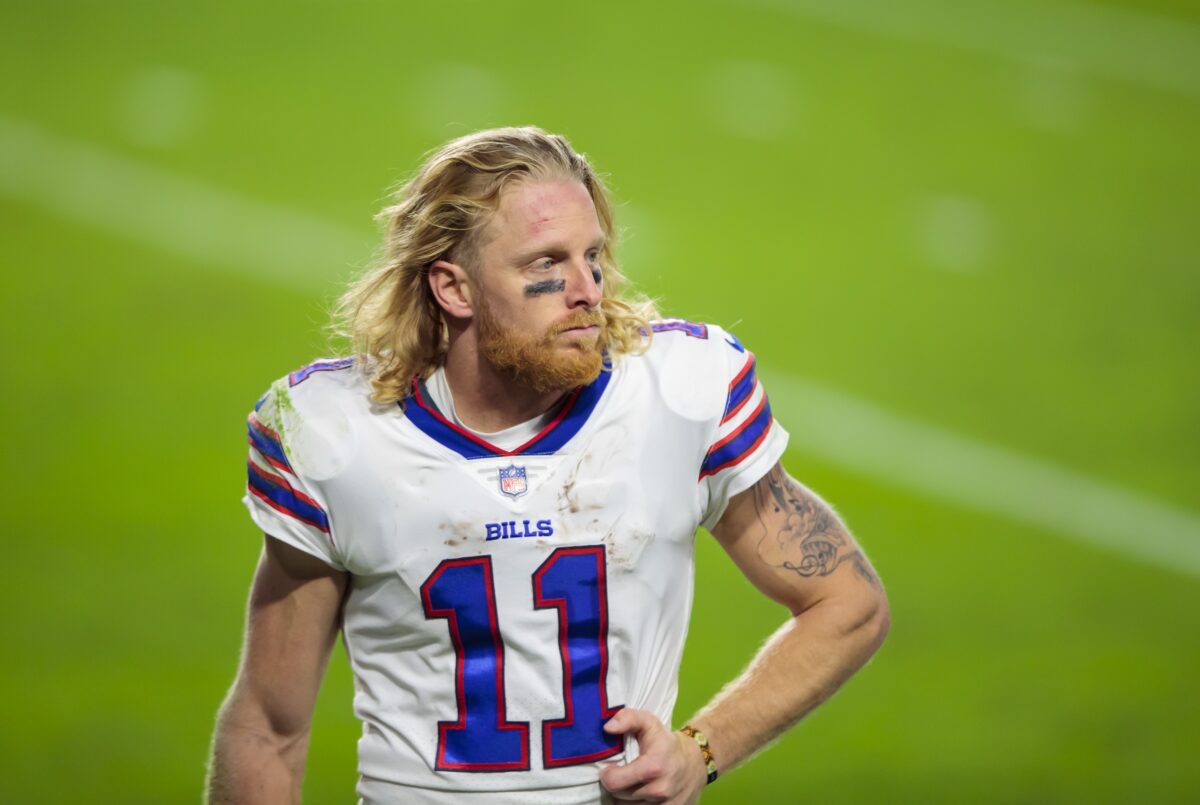 NFL fans have relentlessly torched Buffalo Bills wide receiver Cole Beasley across social media after he posted a lengthy explanation as to why he doesn’t want to receive a COVID-19 vaccine.

The drama began when Beasley posted the tweet to his account. Fans responded with many different kinds of messages mocking the veteran receiver.

“I.” “Me.” “My.” Sounds like a team guy…There is nothing serving the public in this announcement. https://t.co/jQCQykqwQQ

It's like he is proud to be dumb as shit

Shouldn’t have taken the meds. It was Gods will he broke that leg, so using science to make the symptoms better is actively defying God, right Cole?

cole quick follow up, why do you wear a helmet?

If anybody can not catch it tho… pic.twitter.com/lE4sasTbTx

This is a situation that could have been avoided for Beasley, but he seems unapologetic about the way it has unfolded. After a year in which countless lives have been lost to the pandemic, it’s easy to understand why many fans feel that Beasley’s comments were upsetting.

Beasley, 32, played for the Dallas Cowboys for the first seven seasons of his career and has spent the past two with the Bills.

Surely, some fans will likely have a hard time rooting for Beasley given the recent situation.