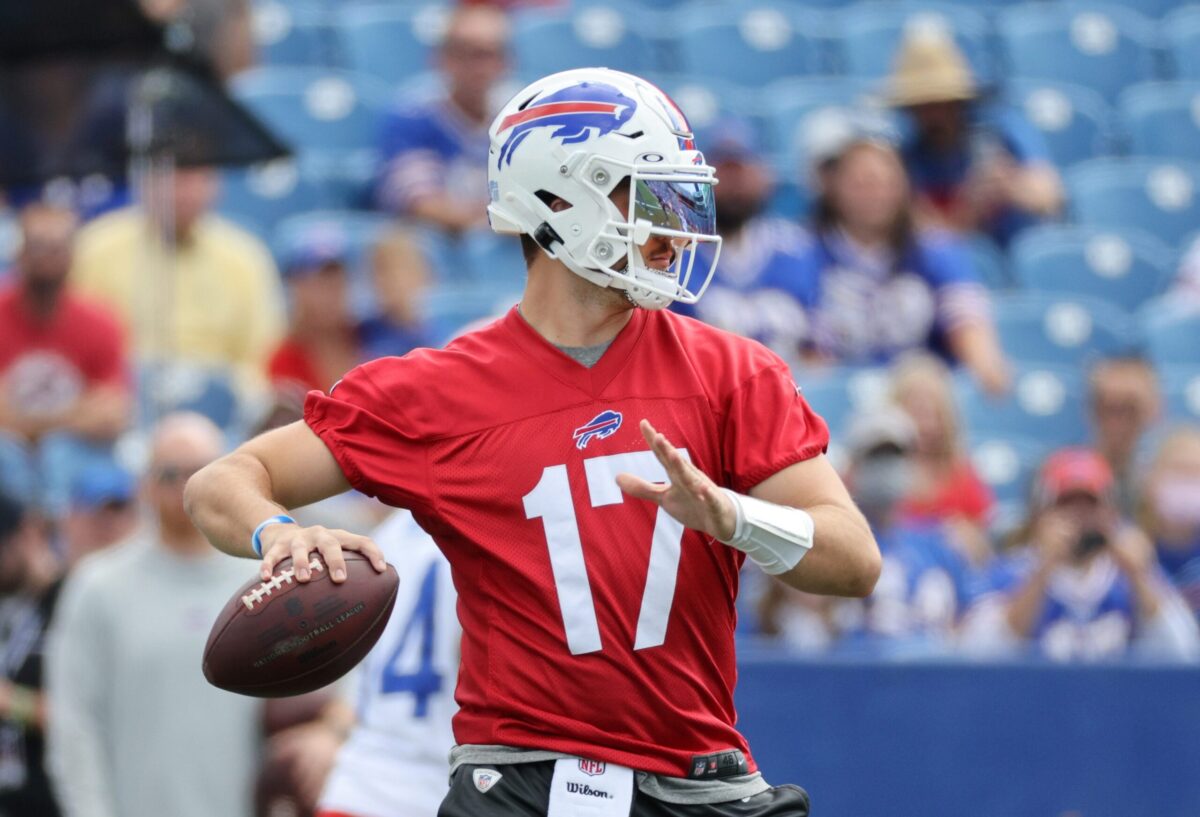 Josh Allen and the Buffalo Bills have agreed to a monster contract extension, the team announced on Friday.

It is a six-year deal worth a reported whopping $258 million.

Compensation update on Josh Allen new deal that @mortreport reported on: it’s a six-year deal worth $258 million, including $150 million guaranteed, per source. https://t.co/KXcgliKYAI

The Bills are clearly very serious about making Allen the face of their franchise for the foreseeable future. The team has enjoyed great success with the 25-year-old calling the shots at quarterback, and the organization certainly hopes that that will be the case for a long time.

In the 2020 campaign, Allen had the best season of his young career. He completed 69.2 percent of his passes for 4,544 yards and 37 touchdowns. He was named to the Pro Bowl for the first time in his career.

He likely has more Pro Bowl selections coming in his future, and the Bills are hoping that he will guide the organization to the promised land at some point during his time with the team.

The former first-round pick seems to have what it takes to get there.