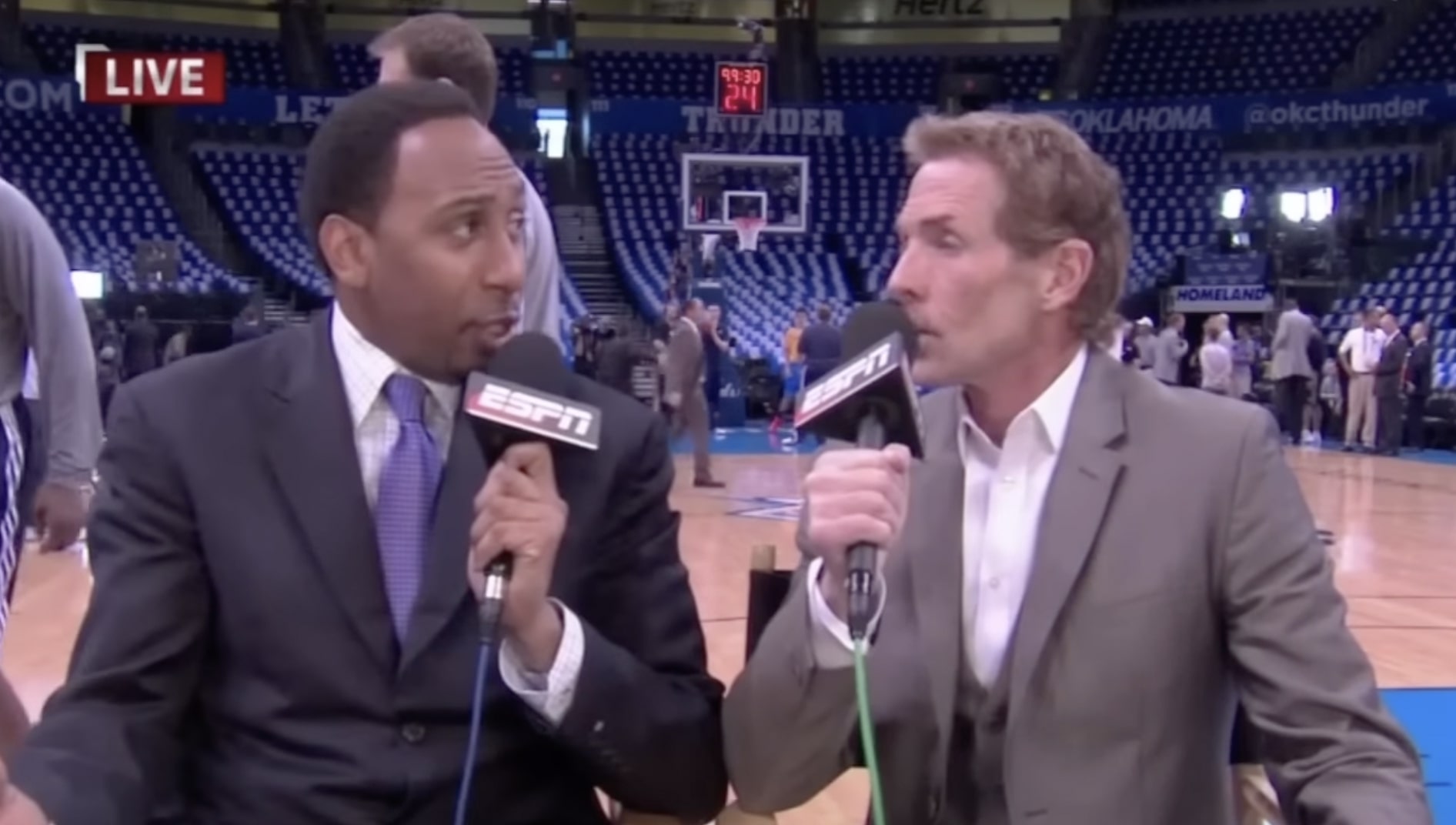 Skip Bayless recently took a lot of heat for a controversial tweet on Monday night regarding Buffalo Bills defensive back Damar Hamlin, who collapsed during his team’s game against the Cincinnati Bengals. Now, Stephen A. Smith has come to his defense.

No doubt the NFL is considering postponing the rest of this game – but how? This late in the season, a game of this magnitude is crucial to the regular-season outcome … which suddenly seems so irrelevant.

Plenty of people in the sports world have spoken out against the polarizing pundit for his tweet, and Bayless eventually apologized for his words, though many are still unhappy that the tweet was sent out in the first place.

ESPN’s Smith, who worked alongside Bayless for many years, recently defended the 71-year-old.

“I’ve disagreed with Skip in the past, I disagree with him now, and I’m sure we’ll disagree in the future.”

“Skip can defend himself,” Smith said. “I will tell you that I’ve spent years disagreeing with Skip Bayless. I disagree with him now, and I’m going to disagree with him into the future. But he’s still my brother. He’s still a guy that brought me here on ‘First Take,’ and I know who he is. I know what he’s about. Do I agree with everything that he says? Or how he says it? Or the timing with which he uses to say things? No. But the flip side to it is that I know, that by and large, his heart is in the right place, and people make mistakes.”

While many are unhappy with Bayless and his tweet, it seems like the whole sports world is united in hoping that Hamlin pulls through and continues on his road to recovery.

The Bills offered a very positive update on Thursday morning, stating that Hamlin has shown “remarkable improvement” over the past 24 hours.

“Per the physicians caring for Damar Hamlin at the University of Cincinnati Medical Center, Damar has shown remarkable improvement over the past 24 hours,” the Bills said in a statement. “While still critically ill, he has demonstrated that he appears to be neurologically intact. His lungs continue to heal and he is making steady progress.

“We are grateful for the love and support we have received.”

Bayless will likely be very happy to hear about the positive update regarding Hamlin, as he did say on Monday night that the safety’s health is all that matters in the situation.

Nothing is more important than that young man's health. That was the point of my last tweet. I'm sorry if that was misunderstood but his health is all that matters. Again, everything else is irrelevant. I prayed for him & will continue to.

The game between the Bengals and Bills was eventually postponed, and the NFL announced on Tuesday that the contest won’t be resumed this week. It remains to be seen what will end up happening regarding the contest, but that surely isn’t the Bills’ main focus right now.

Hopefully, more positive updates regarding Hamlin’s condition will continue to be released in the coming days. The 24-year-old has played a key role for the Bills this season, filling in for the injured Micah Hyde. Hamlin has accumulated 91 combined tackles, 1.5 sacks, two passes defended and one forced fumble in 13 starts.

The Bills are set to take on the New England Patriots on Sunday.