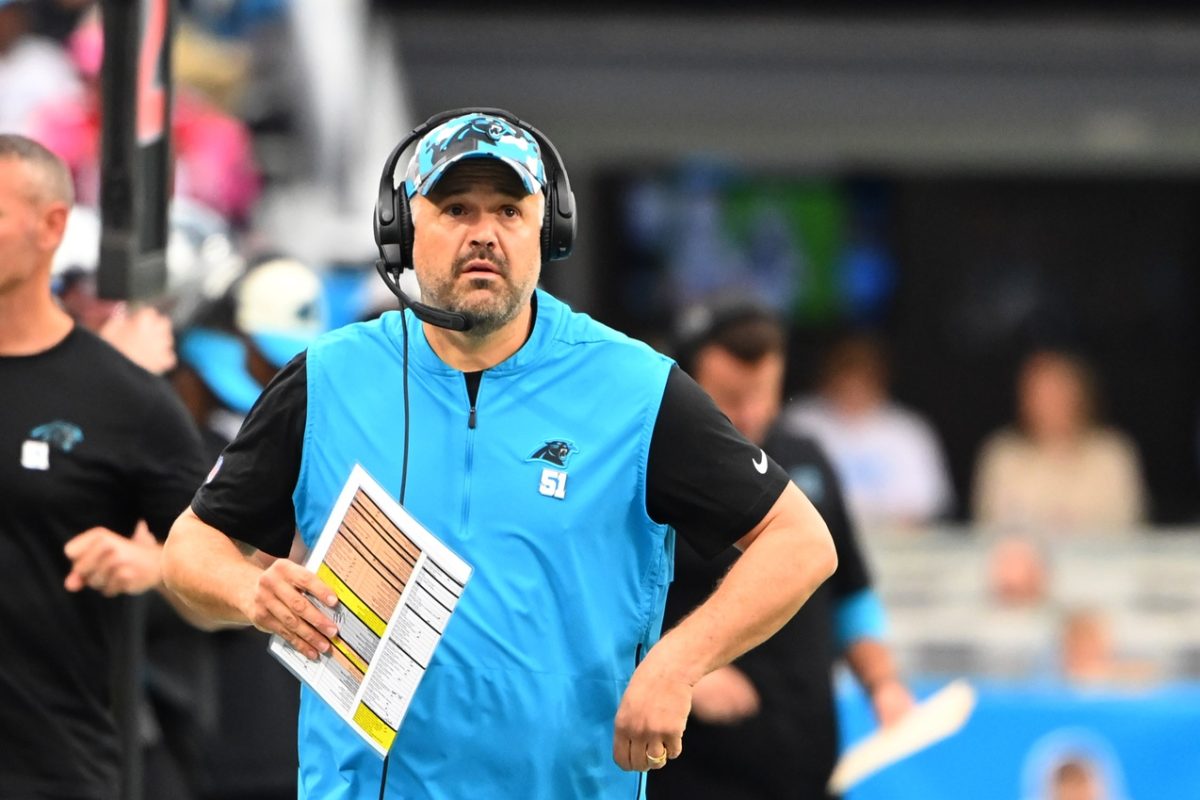 There have been a lot of good surprises so far in the 2022 NFL season, but the Carolina Panthers have not been one of them.

Through the first four weeks of the season, the Panthers are just 1-3 despite the fact that three of their first four games have come at home.

Rumors have already started to percolate that Panthers head coach Matt Rhule could be on his way out if things do not improve soon.

“Coaching hot seat chatter is already starting to pick up, and there was a lot of buzz early in the week about the Panthers possibly making a move with Matt Rhule if things don’t pick up soon,” Dan Graziano wrote for ESPN. “If that happens, look for former [Arizona] Cardinals coach Steve Wilks, currently on the Carolina staff as defensive pass game coordinator/secondary coach, to be the most likely interim head coach for the rest of the season.”

Rhule is in his third season with the Panthers, and since he joined the organization in 2020, the team has not enjoyed much success. The Panthers have won just five games in each of the last two seasons, and things do not appear to be much different this season.

Perhaps the most important thing that could help the Panthers turn things around midseason is the eventual return of quarterback Sam Darnold. Darnold injured his ankle in the team’s final preseason game and is reportedly not yet close to coming back.

Wouldn’t watch this if you get queasy easily … but this is why Sam Darnold was carted off. Watch his left ankle. pic.twitter.com/FWiud7vVmu

However, he is expected to play again this season. Still, the Panthers are stuck with Baker Mayfield for the time being.

While Mayfield has been impressive at times, he has also shown the erraticism that fans have grown accustomed to seeing since he entered the league. So far this season, he’s thrown for just 747 yards and four touchdowns. On the flip side, he’s thrown three picks and been sacked a whopping 11 times in just four games.

The most disappointing stat for Mayfield is his dismal 54.7 completion percentage.

As long as Mayfield is playing, it’s likely the Panthers won’t enjoy much change in fortune. Only time will tell if that will ultimately lead to Rhule’s sacking.