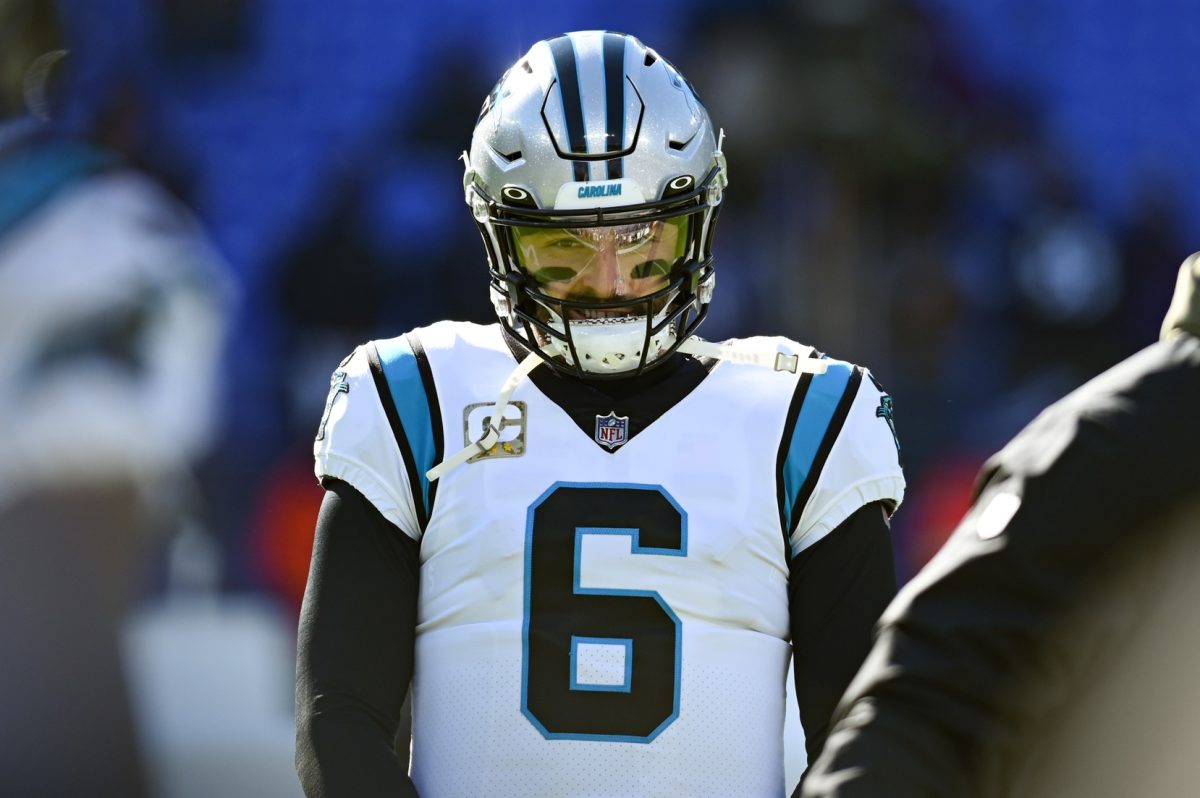 Quarterback Baker Mayfield continues to experience a heavy fall from grace, as it was recently reported that the Carolina Panthers are set to release the 27-year-old.

The former No. 1 overall pick got a fresh start with the Panthers this season after being acquired from the Cleveland Browns, but he was unable to produce much in multiple games.

He appeared in seven games with the Panthers, completing 57.8 percent of his passes for 1,313 yards, six touchdowns and six interceptions. He registered a 1-5 record in his six starts for the team.

One can only wonder where Mayfield will go from here. Some might point to the San Francisco 49ers as a possible destination for the University of Oklahoma product, as the team lost starting quarterback Jimmy Garoppolo for the season to a broken foot against the Miami Dolphins on Sunday.

However, it was later reported that the 49ers had signed veteran signal-caller Josh Johnson to the active roster off the Denver Broncos practice squad.

49ers are signing QB Josh Johnson off the Broncos practice squad and on to their 53-man roster, per sources. During his 13 years in the NFL, Johnson has been a member of 14 different teams, the most for a player in league history. This will be his third stint with the 49ers.

Rookie Brock Purdy looks set to be the starter for the 49ers the rest of the season. The seventh-round pick was able to lead the 49ers to victory over the Dolphins, completing 25 of his 37 passes for 210 yards, two touchdowns and one interception.

Maybe the 49ers will add Mayfield to their practice squad, but they currently have fellow quarterback Jacob Eason on there. Time will tell where Mayfield ends up landing.

The Panthers are content with Sam Darnold and P.J. Walker as their two quarterbacks for now. After having their bye week in Week 13, the Panthers are set to take on the Seattle Seahawks on the road in Week 14. Darnold is set to start the contest, and Walker will back him up.

Carolina technically isn’t eliminated from playoff contention, but it’s highly unlikely it ends up making it. The team is 4-8 and still has to face off against squads like the Tampa Bay Buccaneers and New Orleans Saints.

It’s a rebuilding season for the franchise, who will have to search for a new head coach in the offseason. Interim head coach Steve Wilks has done a good job and might be a strong candidate for the full-time position.